Yellow Fever and LFC Wellington Partner with the Nix

We enjoyed a successful day of collections for The Wellington City Mission with their fantastic #KickItKiwianaStlye initiative at Westpac Stadium on Saturday 3 November.

Wellington Phoenix were involved in a Hyundai A-League Round 3 encounter with Western Sydney Wanderers in testing conditions and despite the bad weather, floods of supporters attended and donated towards the charity.

The initiative was organised by Wellington Phoenix fan base Yellow Fever and Liverpool Football Club Wellington (LFC), with approximately $1200 being raised in cash donations alone with a further four bins filled with Kiwi style food.

The Wellington City Mission are into their  114th year, carrying out brilliant work within the Wellington region to help people from all walks of life.

The donations from this initiative will make a huge difference for people in need, especially as we head into the challenging Christmas season. They will help The Mission provide food parcels, meals in their Newtown Drop-in Centre, and other support for people in our community who are struggling.

Bridget Child, Fundraising and Marketing Manager of The Mission was thrilled with the turnout and amount of donations.

“We had a very successful day with the amount of donations we received, and we’re really appreciative of the support we had from Wellington Phoenix supporters.

“This is a great cause which is now in its fourth year and we are still expecting more donations from Four Kings and The Backbencher pubs with their collections.

“We are so grateful to the volunteers who were collecting on the day and we can’t wait to be back next year.”

A massive thank you to everyone who donated on Saturday and we can’t wait to see you back at Westpac Stadium on 24 November when we face off against Adelaide United. 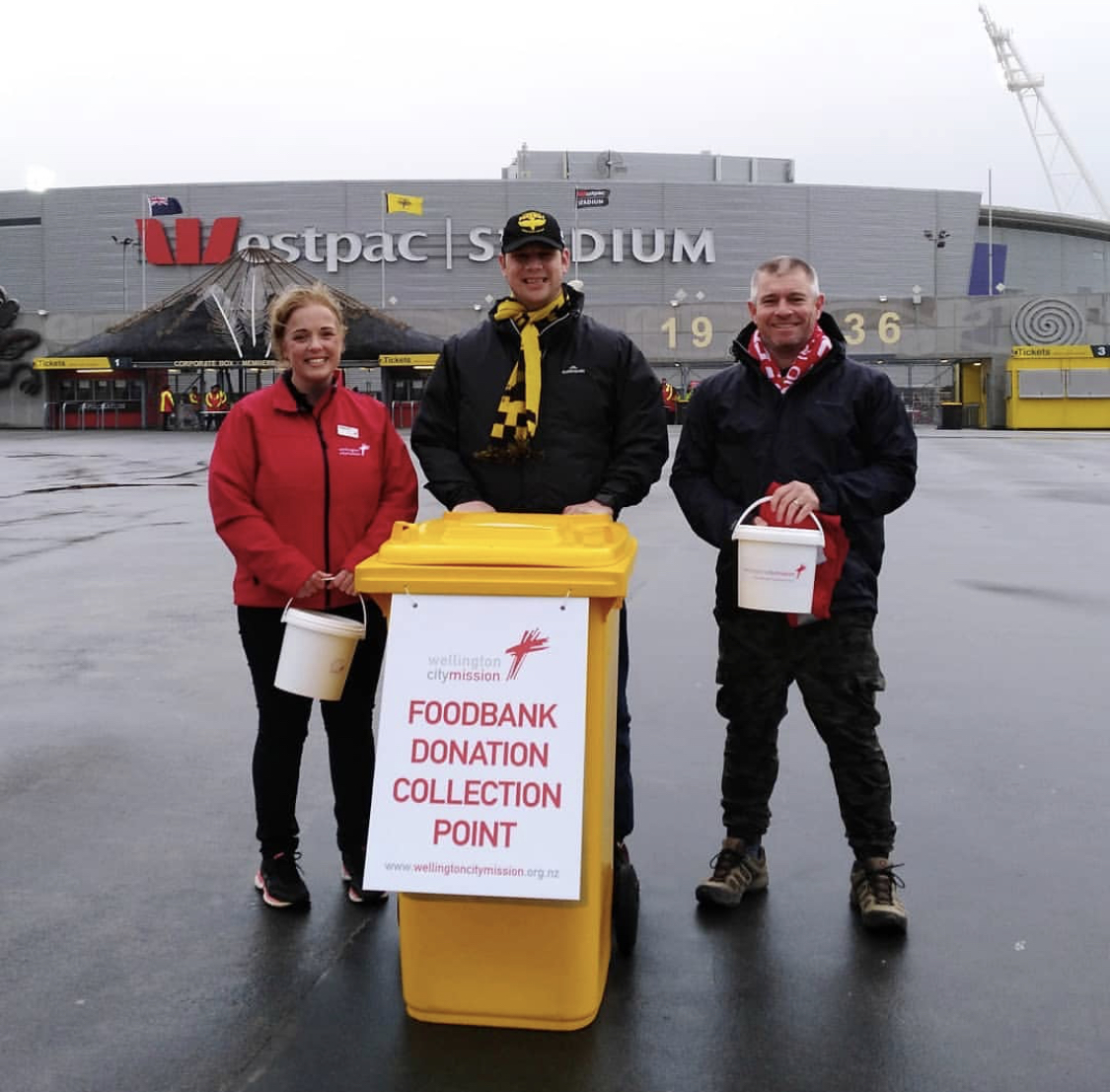