Wellington Phoenix held their annual end of season awards last night at Te Papa, Wellington. A side that had finished in the top six for the first time in four seasons had much to celebrate as players, coaches, board members, corporate partners, staff and members of our Yellow Fever fan group attended the evening.

Alex Rufer deservedly took the inaugural Bandage Award, for his his tireless efforts and un-dying determination this season. The midfielder added to this later in the evening with the coveted Lloyd Morrison Award presented by Wellington Phoenix Chairman, Rob Morrison.

David Williams took out the Cloud Creator Goal of The Year with his sublime effort against Newcastle Jets in Round 23 of the Hyundai A-League.

Liberato Cacace, currently on International duty with the New Zealand U-20s, won the Revera Members U-23 Player of the Year after a superb season where he played more minutes and made more touches than anyone in the team. 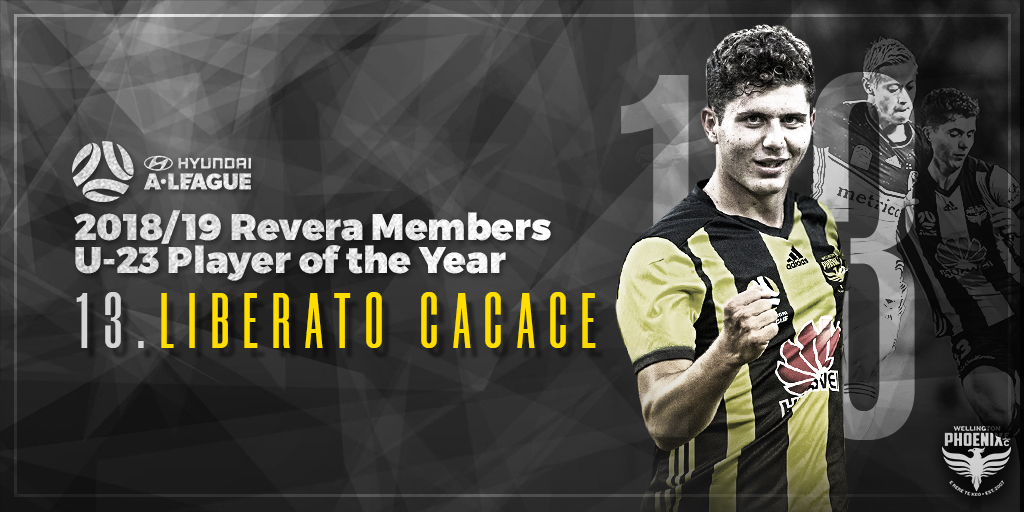 It was a brilliant season off the pitch as well as Volunteers, Staff and Fans were recognised in the Awards ceremony.

Steve Lyne won the Fan of the Year for his commitment to the club since day one of it’s inception and his fantastic support over the years.

Esther and Gus Hutton picked up the Volunteer of the Year Award for their continued support behind the scenes at community events and game days.

Tom Bray, Marketing and Communications Executive, landed the Staff Member of the Year Award for his efforts on the social media front, working as part of a fantastic team to drive forward the club’s online presence.

Please find below all the winners of the Wellington Phoenix End Of Season Awards 2019.

Hyundai A-League Player of the Year – Presented by Huawei

Winner is selected based on points allocated by a club board member, coaching staff and a member of the New Zealand Media.

Hyundai A-League Goal of the Year – Presented by Cloud Creator

Winner is voted for by Wellington Phoenix Members.

Winner is selected by the Wellington Phoenix playing group.

Selected by ex-Phoenix player, Ben Sigmund and awarded to the player who has shown the most fight, resilience and determination throughout the season.

Fan of the Year – Presented by Garage Project

Staff Member of the Year – Presented by Mark Chote

Volunteer of the Year – Presented by David Dome