Why Wellington striker is at home in Sydney

​New Wellington Phoenix striker Blake Powell in enjoying the rare opportunity to play two of his former clubs in the space of four days this week – and he’s eager to show his ex employers what they’ve missed.

Powell started for the Phoenix in their mid-week friendly against NSW NPL outfit APIA Leichardt and is in line to get a shot at Sydney FC in Wollongong tonight (Friday) at WIN Stadium.

“I think I’ll be getting some minutes against my former club which should be good,” Powell told a-league.com.au after training during Wellington’s week-long Sydney camp.

“I’ll get to see some familiar faces and hopefully I can get a goal in. That would definitely be good.

“It’s just got to motivate you more, going from one club to another club, the club that didn’t want you so obviously you want to prove a point and come back here and show them what they’ve missed.”

The 24-year-old was in prolific form in the PS4 NPL this season, netting 21 goals in 16 appearances for the Tigers before missing the run in to the season after signing with Wellington.

The striker couldn’t find the back of the net in Wellington’s 5-3 win against his former side on Tuesday night but felt the experience will be ideal preparation for Friday night’s crucial pre-season hit-out at WIN Stadium.

“The boys were talking to me to try get me off my game but it was all in the spirit of the game.”

It’s now been nearly three years since Powell made his Hyundai A-League bow, scoring on debut against the Newcastle Jets in a match the Sky Blues would go on to lose 3-2. 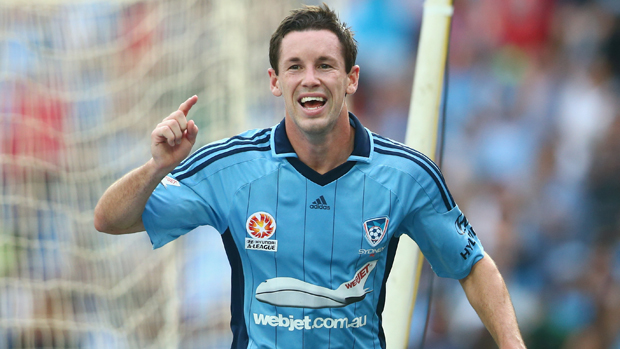 The striker is grateful for the chance he’s been given under Ernie Merrick and confident he can contribute to the goal void created by the departure of last season’s Player of the Year Nathan Burns.

“They’re definitely big boots to fill but that’s the plan. Try get some goals,” said Powell.

“Obviously I’ll try get some game time first, work my way into the squad and then get on the scoresheet as much as I can.

“I’m learning things every day. Getting into different positions, opening your body up, first touch going forward, so it’s all learning.

“Give it a bit of time and hopefully it all comes together once the season starts.”