Who are the Hyundai A-League’s top tacklers?

Jacob Tratt of Wellington Phoenix has the best stats and is the most effective tackler so far in the 2016/17 Hyundai A-League Season.

From the players with a minimum of 15 tackle attempts for the campaign thus far, the Phoenix man has been both one of the busiest and one of the most effective.

Not far behind him are Sydney FC’s Rhyan Grant and Newcastle Jets’ Ivan Vujica who have each notched 16 successful tackles from just 18 attempts.

There are already two Newcastle Jets’ players in the top 10 most effective tacklers, but Nick Cowburn is also worthy of a mention.

The Jets defender has made 12 tackles so far this season without missing a single attempt, which is the most tackles of any player with a 100% tackle success rate for the season so far.

In fact, both Adelaide United and Newcastle Jets are represented twice in the top 10 most effective tacklers, which also means that neither Perth Glory or Western Sydney Wanderers have a single player to have made 15 or more tackles and boast a tackle success rate above 81.8%.

It’s almost more than 20% more effective than Perth Glory whose 61.13% tackle success rate is by far the least effective of any team. 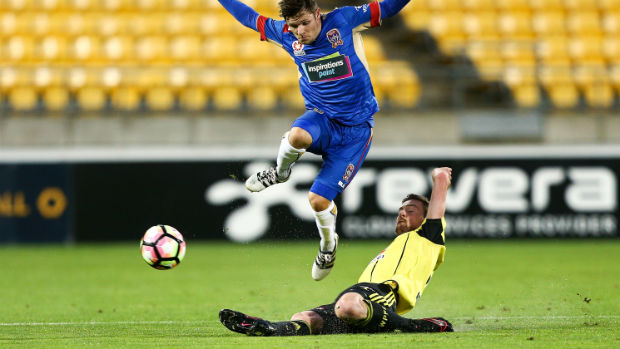