The evergreen Phoenix skipper turns 33 on the day of the biggest game of football in his side’s season.

While Wellington have just one win in their last five games, Durante has tossed the form book firmly out the window.

“It doesn’t matter how we’ve been going. This is all that matters,” he said after Phoenix’s final training session at Newtown Park.

“It’s the biggest cliché but you can’t really take any notice of form coming into the finals.

“Both teams have been a bit sketchy but that’s going to mean nothing on Sunday. Finals football is completely different.”

After missing last weekend’s 2-1 loss to Sydney FC with a thigh complaint, goalkeeper Glen Moss will return to what is likely to be an otherwise unchanged Phoenix side.

With Wellington conceding a goal inside the first fifteen minutes in five of their last six matches, Durante revealed a strong start has been a focus this week.

“In finals football you won’t be able to concede early goals like that and recover from it.

“We’ve worked really hard on formation, set pieces and all the little details to make sure we’re ready to go for Sunday, and we are.

“We’ve got a set of boys who are fired up and want to do well in front of a home crowd.” 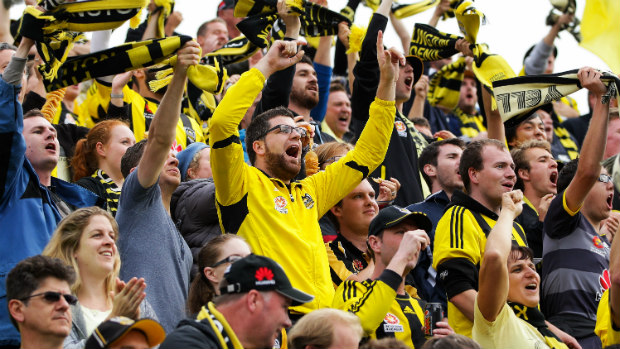 But Durante also knows the game will be a pressure-cooker for his charges.

“Physically we’re in as good a nick as we’re ever going to be, so a lot of it’s mental,” he said.

“It’s how players handle the pressure.

“There’s a lot of pressure in these games, but we’ve got a lot of senior players who can handle it and we’ve got some young players who are very confident so we’ll be fine.”

And what of birthday celebrations for the skipper?

“I’ll probably get woken up at 6am by my kids. No cake though – not until after the game,” he laughed.

“But having my birthday on a special day like this is going to give me extra incentive to make sure it’s a good night for everyone.”