The Wellington Phoenix have again taken out the Hyundai A-League Player of the Month Award, this time with striker David Ball taking home the award for his solid play in February.

TICKETS: Get your 3 Game ‘Run To The Finals’ Package Today!

The 30-year-old forward took out the award over Western Sydney’s Mitchell Duke, after Ball was instrumental in the Phoenix’s two wins in February – the first a match-winner in a 1-0 win versus Melbourne City, and the second a stoppage time goal against Western United to seal a 2-0 victory.

Wellington Phoenix General Manager David Dome says that Ball’s award is well-deserved, and is validation for his work-rate and effort both on and off the ball.

“Ball is a vital player for the Phoenix and his play in February – and the whole season – has been phenomenal for us.

“Beyond his ability and work-rate, he’s just an exciting player to watch as a fan of the game.”

This is the third time that a Wellington Phoenix player has taken out the award this season, with Ulises Dávila winning in November 2019 and Cameron Devlin accepting the award for December 2019. 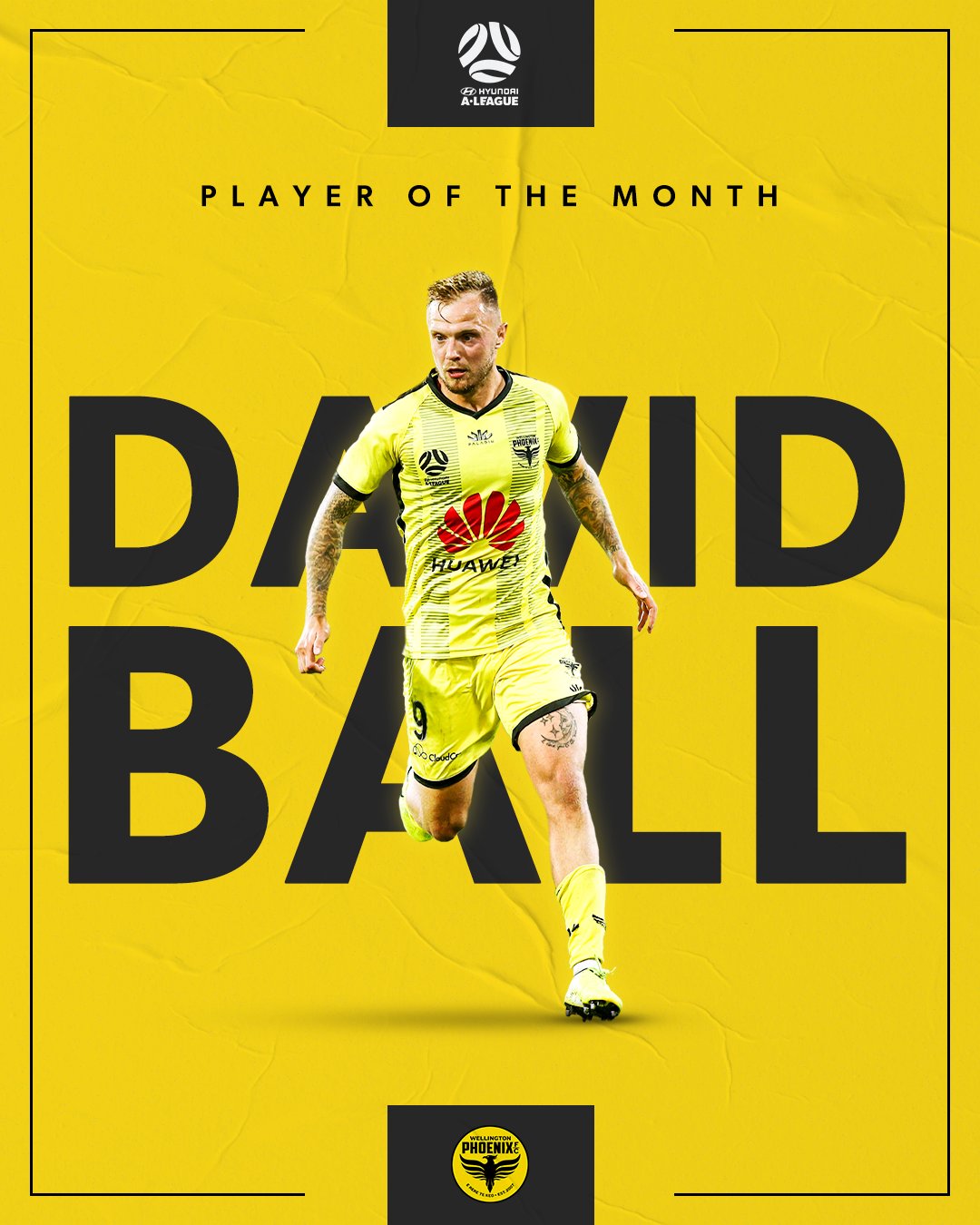