Players from the Wellington Phoenix Soccer School are set for the experience of a lifetime having drawn global giants Arsenal, Real Madrid and Barcelona at the Arousa Futbol 7 Tournament next month in Portugal.

Some of New Zealand’s best young football talent are preparing to take on the world’s best at the Arousa Futbol 7 Tournament in Portugal.

The Wellington Phoenix Soccer School (WPSS) will be attending the Under 12 Arousa Futbol 7 Tournament, which will take place in Porto from the 12–14 May.

They have been grouped with Arsenal, Real Madrid and Barcelona in Group A and will spend five days in Barcelona as preparation involving, training, sight-seeing and a visit to watch Barcelona play Villareal in the La Liga at the Nou Camp.

WPSS Director Leigh Kenyon is thrilled to be able to give these young Kiwi footballers this opportunity.

“This type of experience gives these players exposure to the highest level of youth football in the world and will give them a gauge as to where they are at with their own personal development,” he said.

The entry to the tournament sees WPSS earn their place ahead of other A-League applications as the first team to be invited from Australasia.

Normal entry to the tournament is through a qualification process, with over 200 teams across Europe attempting to qualify and teams from the United States of America also working for the opportunity to see their players involved.

“The tournament invitation was exciting for the players, but being drawn in a group alongside three of the world’s biggest and most famous football clubs was a dream come true for them,” said former All White Kenyon.

“These players now have the chance to test themselves against, not only some of the best clubs in the world, but also the best players in the world.”

The Arousa Futbol 7 Tournament is the biggest U-12 tournament in the world. It has attracted a huge number of talented youngsters who have gone on to become professionals at high profile clubs such as Jordi Alba, Erik Lamela and Estaban Granero.

All attended the tournament as young kids and have pursued successful careers in the footballing world, with clubs such as Barcelona, Tottenham Hotspur and Real Madrid.

The WPSS have been invited to take part in the final phase of the tournament, along with other high profile teams such as Manchester City, Villareal, Athletico Madrid and PSG belonging to other groups in the competition.

Kenyon sees the benefits of this tournament being huge for his young players.

“It is our hope that the players see the level of the Real Madrid, Barcelona and Arsenal players and come back to our training environment hungry to work even harder, understanding where they have to be in order to achieve their footballing goals.”

Real Madrid is the most successful club in the history of the tournament claiming the title four times ahead of FC Internazionale (2). 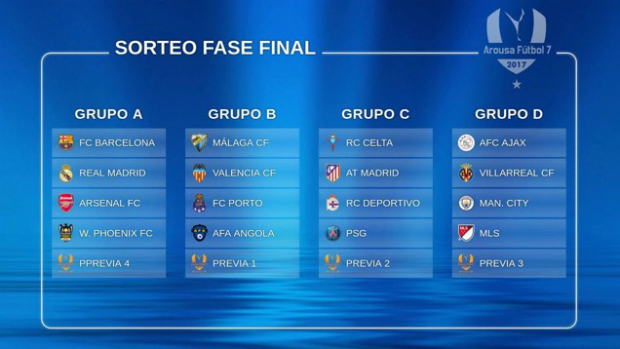