A community football program for refugees in Wollongong received some unexpected support from their local A-League team last week, with players from the Wellington Phoenix squad attending their weekly training session – gifting the young participants with both club training gear and valuable advice.

READ: Wellington Phoenix Confirms A-League Matches For April and May 2021

Multicultural Communities Social Football (MCSF) is a free social football program for participants aged 12 to 24, which supports people and communities from culturally and linguistically (CALD) diverse backgrounds, providing them with free coach-led football training as well as transport to and from training sessions.

Not only does the program provide participants with an opportunity to take part in organised football, it also helps them to make friends and connect with others in the wider community.

Run by the Multicultural Communities Council of Illawarra (MCCI), Football South Coast and Football NSW, the program is now in its third year of operation – with last year’s program seeing 29 young people move on to join local football clubs. 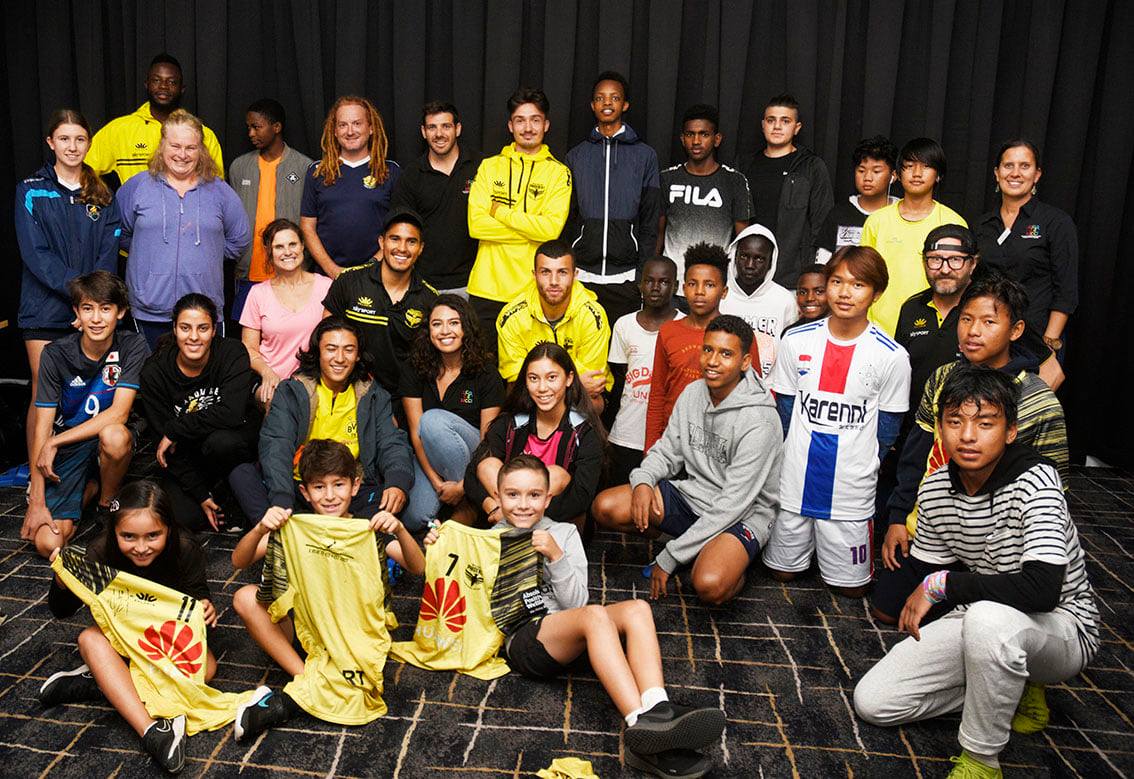 Phoenix players Ulises Davila, Charles Lokoli-Ngoy, Mirza Muratovic and Jaushua Sotirio met some of the MCSF participants at the Fraternity Club in Fairy Meadow last Thursday, giving the participants a rare chance to meet their A-League heroes up close and learn football skills from a professional athlete.

With training called off due to the torrid wet weather, the players practised their football skills indoors with the participants and posed for photos, before presenting them with club training kits as well as playing boots donated by the players – much to the delight of the young people in attendance.

Wellington Phoenix General Manager, David Dome, says that it is important for the club and its players to be able to give back to the local community while they are based in Wollongong.

“The club had a strong connection with the refugee community back in Wellington thanks to our Football for All program and other initiatives, so we’ve been keen to do something similar in Wollongong this season,” said Dome.

“Our players appreciated the chance to meet some young, aspiring footballers in the local region, to pass on some of their skills and knowledge to the next generation of footballers.

“It’s also fortuitous that this opportunity came about during Harmony Week [15-21 March], which celebrates the diversity of cultures in Australia.”

Although this was the first time many participants had met a professional football player up close, thanks to the generosity of Paladin Sports – the official apparel provider for the Wellington Phoenix – some of the participants were able to attend the Phoenix’s match versus Perth Glory earlier this month at WIN Stadium.

Find out more about MCSF at www.mcci.org.au/youth-community/football/