The Wellington Phoenix are excited to announce the club’s return to New Zealand next month, with the club scheduled to play regular season A-League matches in both Wellington and Auckland for the first time this season.

WATCH: Watch the highlights of our 2-1 win over Adelaide United

“This will be our first match in New Zealand in 14 months – that’s 433 days since we last played in front of our true home fans in this country,” said Dome.

The Club’s first New Zealand match will be against rivals Western United, to be held at the team’s home of Sky Stadium in Wellington at 4pm on Saturday 22 May 2021.

After returning to Australia for a mid-week away match versus Western Sydney Wanderers, the Phoenix will travel back – this time to Auckland’s Eden Park – to take on Perth Glory at 3.30pm on Sunday 30 May in an exciting ‘Distance Derby’ matchup.

Since November last year, the Wellington Phoenix squad have based themselves in Wollongong, New South Wales, in order to complete the 2020/21 A-League season due to Covid travel restrictions between Australia and New Zealand.

The opening of the trans-Tasman bubble on 19 April has now provided the club the opportunity to play in front of a Wellington home for the first time since March 2020, and General Manager David Dome says the club is thrilled it can bring a game back to New Zealand.

“This will be our first match in New Zealand in 14 months – that’s 433 days since we last played in front of our true home fans in this country,” said Dome.

“Our fans in Wellington, Auckland and across New Zealand deserve to see their team play live this season.”

Dome says that it will be a massive logistical effort for these matches to happen in New Zealand, involving the support of many people on both sides of the Tasman.

“The hard work has already started and we are working closely with the League, Sky Stadium, Eden Park, Ticketek, New Zealand Football (NZF), Capital Football and many other entities to target these as huge games for the club.

“And thanks must go to Western United and Perth Glory, along with the APL, for agreeing for these matches to be played in New Zealand.”

For the Wellington match on Saturday, a 4pm scheduled kick-off has seen a combined effort between the Phoenix, NZF and Capital Football to have all senior football with afternoon kick-off times rescheduled – in order to allow the wider Wellington football community to attend the match.

Dome says that he has high expectations for both matches being well-attended by a New Zealand public that has been ‘starved’ of live A-League football for so long.

“Our target is at least 15,000 fans attending both these pivotal matches – making each the largest A-League crowds this season – a worthwhile target that recognises what this team has done in its re-location to Australia.

“The players and Football Operations staff have been magnificent in how they have handled the relocation, not once has anyone complained, they’ve just got on and got the job done – I hope the fans get out in support to show their appreciation for that.’’ 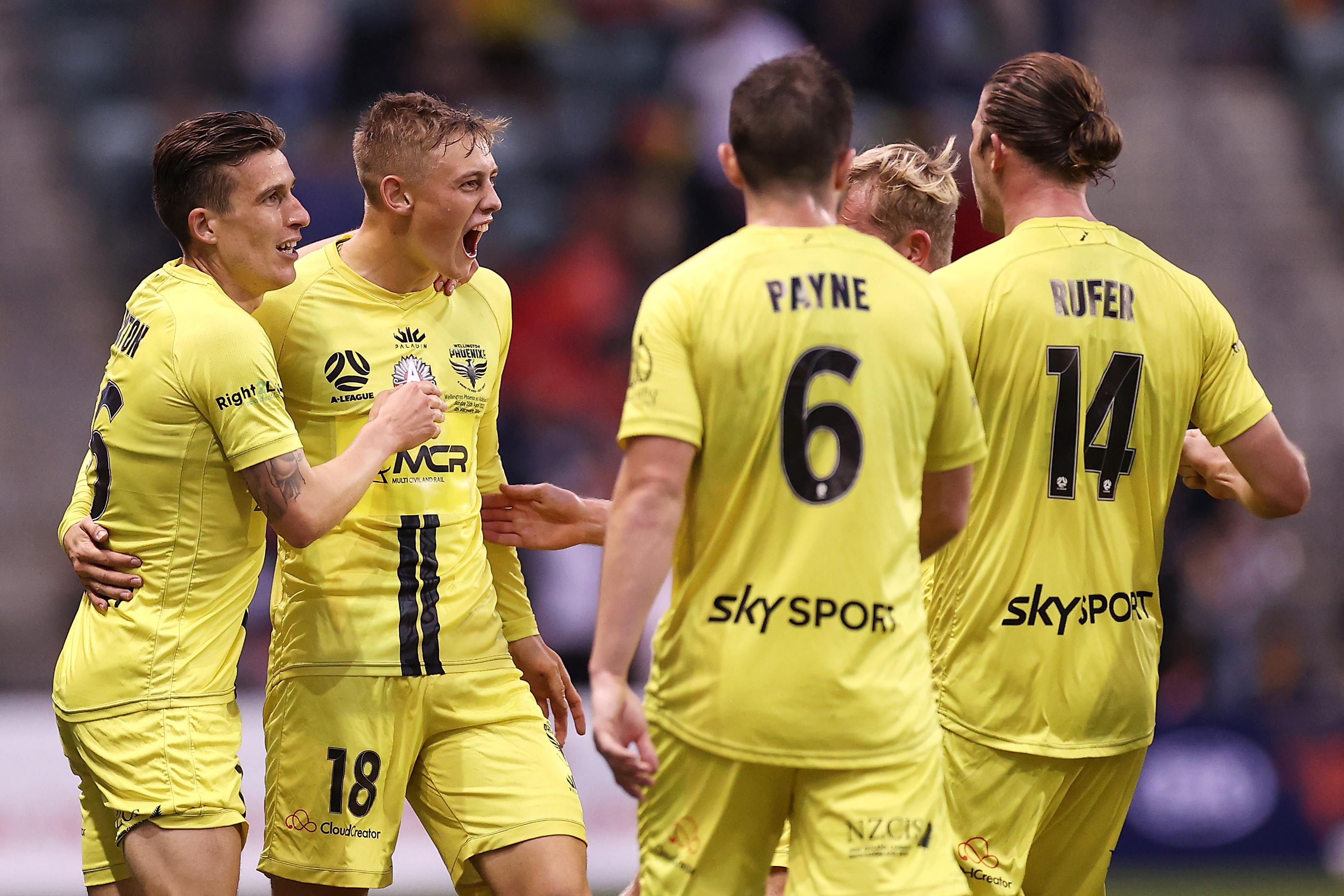 Wellington Phoenix veteran, Louis Fenton, says he relishes the chance to play back in New Zealand again after such a long time away.

“It’ll be great to come home – not just to play in front of our fans but also to have friends and family there too,” said Fenton.

“Hopefully we get a good crowd; if we can get a big crowd behind us then we can show Wellington [and Auckland] what they’ve been missing out on, and then use that to continue building momentum.”

The announcement comes just as the Wellington Phoenix are rounding into form in the A-League, with a current unbeaten four match run (3W, 1D) and sitting in 8th place on the ladder – only two points behind Western United and a Finals berth.

Regarded as one of the most exciting A-League teams to watch this season, thanks to the play of their star imports Ulises Davila, David Ball, Tomer Hemed and Steven Taylor, the Phoenix have also been riding the form of their young Kiwi talent – with 19-year-old Wellingtonian Ben Waine scoring a goal in each of his last four matches and Oliver Sail regarded as arguably the competition’s top goalkeeper.

Tickets on sale at www.ticketek.co.nz/phoenix

Member pre-sale event from 1pm today, General sales from 9am Mon 3 May.*

Tickets on sale at www.ticketek.co.nz/phoenix from Wed 5 May.

Member pre-sale event from 3pm Wed 5 May, General sales from 3pm Thu 6 May.