The Wellington Phoenix have confirmed that defender Joshua Laws has re-signed with the club for two years, ensuring he remains with the Nix through the 2022-23 A-League season.

That was definitely a factor that in the end influenced my decision, actually getting a glimpse as to what to would be like to play and live in Wellington all season.

Glasgow-born, Sydney-raised Laws joined the Phoenix in October 2020, playing in 14 matches – including 12 starts. In his first A-League season, Laws led the Phoenix in Blocks Per Match (1.07) and was second-equal overall in Blocks (15), while also ranking first in Passing Accuracy in an Opponent’s Half (88.7%) and second in Passing Accuracy (90.9%).

Wellington Phoenix Coach Ufuk Talay says that 23-year-old Laws has been a solid addition to the Club’s defensive rotation.

“Josh was consistent for us this season; he’s smart and it’s always good to have someone like him in your backline who is dependable night in, night out” says Talay.

”You want a player who comes in and does the job he’s asked to do, and Josh has done this – and more – for us this season; he’ll have more opportunities to contribute to the Club next season and beyond, so we’ll look forward to seeing Josh continue to lift his game even further.”

Laws say that he enjoyed the comradery of the Phoenix players and coaching staff.

“From the beginning I wanted to stay with the Club, and over the last year I’ve gotten to know the players and the staff – I just love this team, I love the environment and its culture,” says Laws.

“And from a football aspect I think it’s a really good place for me to be for the next couple of years so I can develop even more; Ufuk and the other coaching staff are very passionate about what they do and you can see that, Uffie’s ambitious to do well and he projects that onto the team – I really enjoyed playing under him and his high expectations, it’s a good breeding ground for success.”

Laws says that the ‘unforgettable’ match at Sky Stadium last month helped solidify his decision to commit to the team long-term.

“That was definitely a factor that in the end influenced my decision, actually getting a glimpse as to what to would be like to play and live in Wellington all season.

“That was my first time in Wellington and the boys showed me around the city, some scenic tours etc – and then just playing in front of the crowd, I actually got goosebumps when we went out and saw the size and energy of that Wellington crowd packed into the stadium.

“It was really amazing and had a big influence for me wanting to stay on, I enjoyed the Wellington fans and the experience so much.” 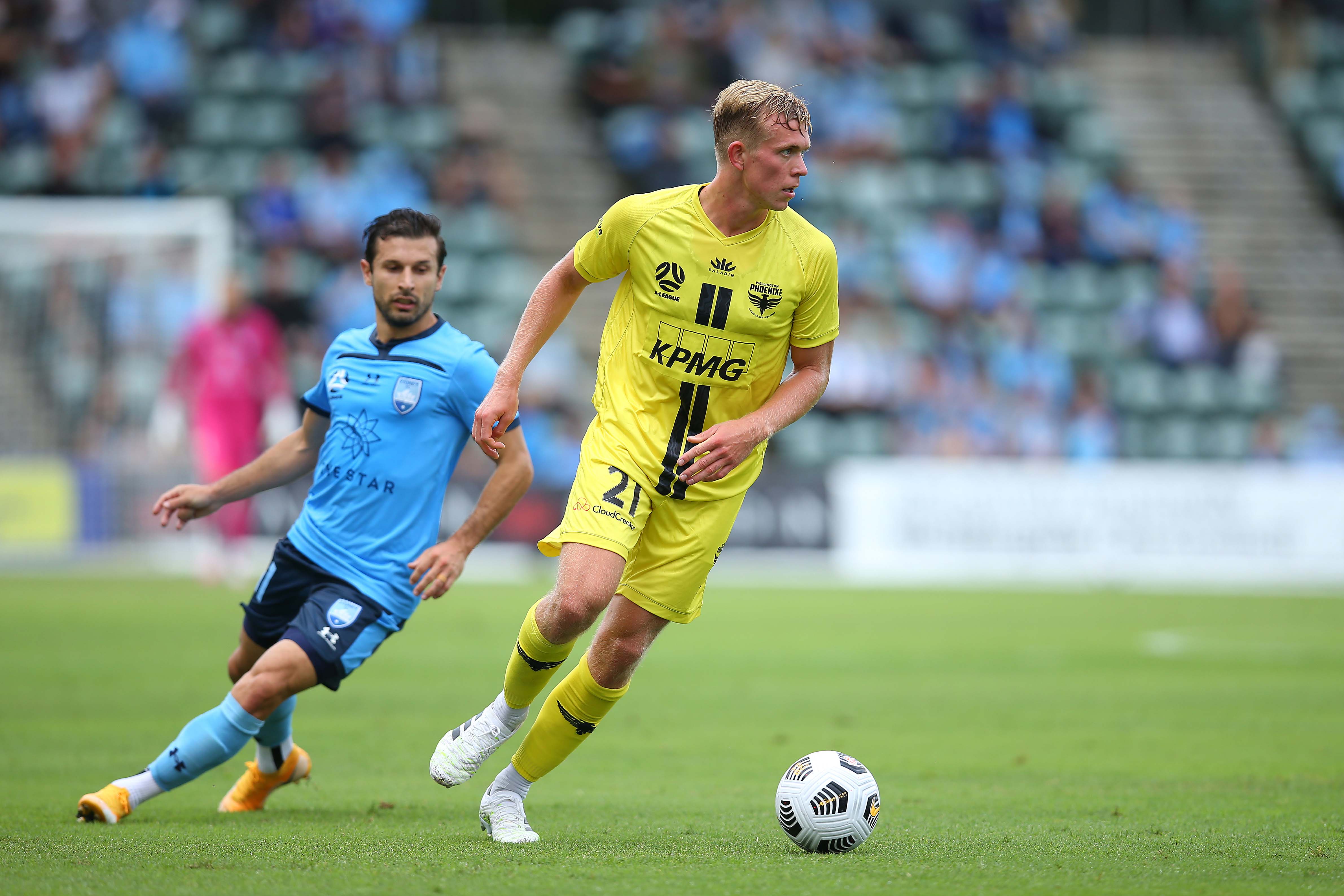 Laws believes that the next couple of years “look really bright” for the Club, especially given the team’s late-season form.

“I think we showed in the last run of 10-11 games what we’re all about, the potential this squad has once we really jelled and got into a bit of a rhythm playing together.

“While it was unfortunate that we couldn’t progress further [into the Finals] the team gave myself and the fans a glimpse into what next season should hopefully hold – and it’s up to us as a squad to live up to that potential that we’ve shown.”