A Wellington Phoenix represented team from Canterbury competed in the Powerchair 2019 A-League Club Championship and finished in fourth as they played off against other Hyundai A-League teams in Sydney.

Wellington Phoenix provided shirts to the team who flew over for the competition as they fought for the third-placed play-off against Strikers Powerchair Football Club, eventually going down 3-0 to earn a fantastic fourth-place finish.

Captain of the Canterbury-based team, Luke Alderton, was proud of his players as they pursued glory in the cup.

The team was made up of the Canterbury Powerchair Football Club which formed in 2009, being one of the first teams to emerge in New Zealand. Starting as a social team, they made the switch to competitive football in 2013, competing in the recent National competition.

The Captain, Alderton, has played for several Hyundai A-League teams including Central Coast Mariners and Adelaide United but is extremely happy to represent his home country’s club team.

Alderton said ”We’re very thankful for the support and it was an honour to represent Wellington Phoenix at the competition.

”We came very close in the semi-final, losing 1-0 in extra time but hopefully, we can go all the way next time.

”Powerchair Football is one of the emerging sports that individuals in powerchairs can play as a team and we encourage anyone to get involved.” Alderton added.

Wellington Phoenix Captain Andrew Durante was following the competition from New Zealand and was happy for the team as they enjoyed a great run.

”It was a massive achievement from the team and we all send our congratulations.

”It’s great for us as a club to get involved in more emerging forms of football in this country so we look forward to a continued partnership.”

At a Glance – Stats

You can find out more about the team on their Facebook group. 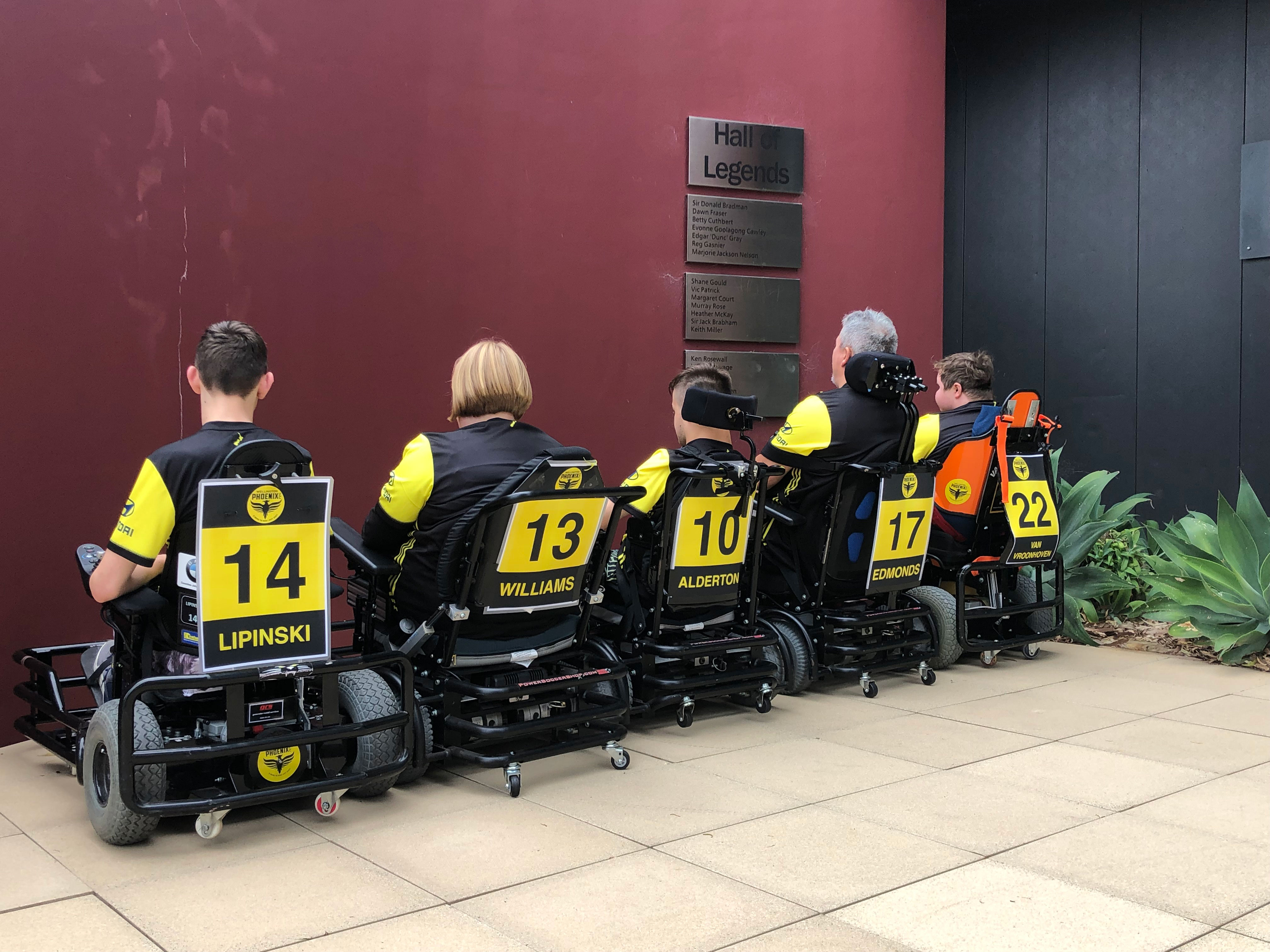