Wellington Phoenix Fall to Sydney FC Despite Dominating Second Half

The Wellington Phoenix have fallen 2-1 to defending champs Sydney FC tonight, in a wildly entertaining match that the Nix controlled for large stretches of the game.

TICKETS: Get your Tickets for WELvNEW on 24 January

READ: Australian Professional Leagues to be unbundled from Football Australia

With Ulises Dávila and Tomer Hemed on the bench as they continue to work their way to full match fitness, Alex Rufer would don the captain’s armband for this match.

The match started with the Phoenix firmly on attack, with attempts from Jaushua Sotirio and Lewis before Sydney’s Kosta Barbarouses would counter with his own chance; neither side able to make anything of their opportunities.

Sydney would strike first, with Calem Nieuwenhof banging home an impressive long range effort – from well outside the box – on the 29th minute. The 19-year-old joins a short list of players who have scored a goal on the first attempt in their A-League debut.

Wellington would press back in an attempt to equalise, with David Ball, Cameron Devlin and Lewis all having chances on goal they were unable to convert. But newcomer Mirza Muratovic would be the hero of the first half for the Phoenix, slotting home a goal from just inside the box prior to the half time whistle; the 20-year-old striker scoring his third career A-League goal and first for the Nix.

The first half would see the Nix level at 1-1, with possession evenly split between the two teams and Sydney FC with a 7 to 6 advantage for attempts – both teams with two shots on target. 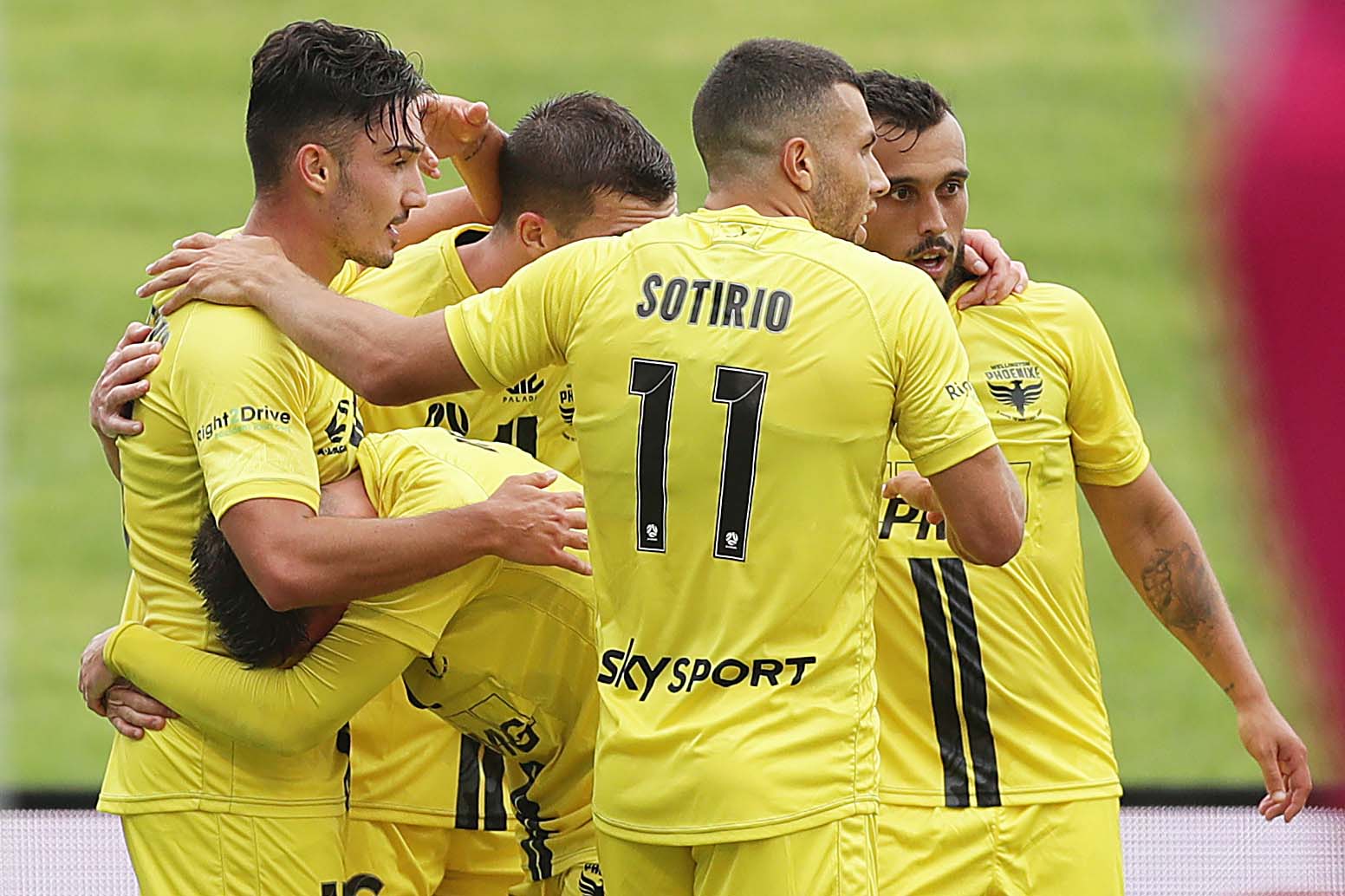 Sotirio would open the second half of action with a strong turn and shot which was caught by Sydney goalkeeper, Andrew Redmayne. Sydney’s Luke Brattan’s attempt on goal a few minutes later, which was on target, was scooped up easily by Wellington goalkeeper Stefan Marinovic.

Not to be deterred, Brattan would get his way on the 55th minute, smashing home a free kick to put Sydney up 2-1.

The arrival of subs Tomer Hemed – making his A-League debut and becoming the first Israeli player in the competition’s history – alongside Ulises Dávila, looked to energise the Phoenix; they would put strong pressure on Sydney’s defence in an effort to tie up the match.

Dávila would have a strong attempt on 77 minutes which was unlucky to bounce away from an untended Sydney goal. A flurry of attempts from Rufer, Hemed and Dávila just before full-time had Sydney squarely on the back foot – a goal in extra time by Dávila causing a brief celebration for Phoenix fans before it was ruled offside by VAR.

Sydney would hold on to take a 2-1 win, despite the Phoenix having a strong second half. After the match, Phoenix Coach Ufuk would praise his team’s strong second-half play in spite of the narrow loss.

“I think we finished strong towards the end, it took two really good goals to beat us this afternoon and overall I’m happy with our overall performance – but obviously I’m not pleased with the result,” says Talay.

Talay had praise for both Muratovic and Hemed for their respective impacts on the match.

“It’s always great for young players to get game time, and to score goals – I thought Mirza did well in the time he played, so hopefully he can build on that as well.”

“And Tomer came on and he made an impact – he got himself inside the box and had some good deliveries near the end of the match, which was great.”

The Phoenix will now move on and prepare for their next match, against A-League newcomers Macarthur Bulls at Campbelltown Stadium on Saturday 9th January.