The howling winds wasn’t the only thing that had Wellington Phoenix fans in turmoil following tonight’s match, as their club’s late rally wasn’t enough to overcome a 2-1 deficit again visitors Perth Glory.

With the Wellington wind causing havoc in and around the stadium, the conditions left little to be desired for either club. But it was Perth who came away with the narrow win, catapulting them to the top of the Hyundai A-League ladder for the first time this season.

Coming into the match, the Wellington Phoenix had established themselves as a strong attacking team – evidenced by their 32 chances at goal over the past two matches, most in the Hyundai A-League. Meanwhile, hungry Perth were coming off of two draws in their past two matches, against Brisbane Roar and Western United FC.

With Walter Scott making his starting debut for the Phoenix against his old Perth team – in place of the suspended Liberato Cacace – the match got off on a familiar note with Wellington attacking early and often.

But it was chances that couldn’t be converted; a corner from Ulises Davila three minutes in, nearly found itself in the back of the net at the near post but was headed clear. Another corner went over the bar. A Callum McCowatt attack was then thwarted by Perth goalkeeper Liam Reedy, before the Glory were able to retaliate on attack – with Diego Castro’s shot easily saved by Stefan Marinovic.

With the Phoenix once again starting strong on attack, having plenty of chances at goal early and playing the ball forward as quickly as possible, they dominated play in the first ten minutes.

Then disaster struck for the home side. A goal in the 11th minute by Bruno Fornaroli, off of a setup by Diego Castro – playing his 100th match – put Perth on the scoreboard at 1-0.

The goal seemed to kick-start the Perth on offense; they soon had another chance with Soobeom Kim attempting from directly in front of the Phoenix goalpost, with only the heroics of Stefan Maranovic denying a certain goal. At this point the momentum started to shift in Perth’s favour, as they began to spend increasingly more time in attack in the Phoenix’s half.

Marinovic soon after made a classic diving left-handed save against a Bruno Fornaroli header just outside the 6-yard box attempt, another show-stopping effort from the Pheonix goalkeeper.

Drama unfolded in the 24th minute as forward David Ball went down in a heap following a challenge from Perth’s Gregory Wuthrich, with the crowd chanting ‘off off off’ – Perth only received a yellow card, much to the fan’s dismay.

Then after defensive breakdown by the Phoenix, this time at 33 minutes by Christopher Ikonomidis off of a setup by Fornaroli that put Perth up 2-0.

Phoenix attempted to make up the numbers as half-time neared, with a nice interplay between Davila and McCowatt which resulted in a hard shot at goal – which sliced just wide of Reddy’s post.

Heading into halftime down 0-2, the Phoenix knew that they had their work cut out for them – and they had to outpace the gritty Perth defenders in order to equalise. Davila, McCowatt and Jaushua Sotorio set the tone early on attack in the first twenty minutes of the second half, but were unable to capitalise under pressure from the strong Perth defence. A goal at 68 minutes from Davila was on target but saved by Reddy, highlighting a strong attacking half from the Phoenix.

The crowd had reason to cheer at the 76 minute mark, with the subbing in of new signing Gary Hooper – to the deafening chants ‘Hooper! Hooper! Hooper!’ from the crowd – alongside fellow striker Ben Waine, in an attempt to invigorate the Phoenix attack.

Things started promisingly with an attack down the middle through Hooper and Waine, followed by Davila attempting to curl it into the top corner – with the ball going narrowly wide of Reddy’s post. Both David Ball and Hooper had successive chances at goal but couldn’t capitalise against the Perth defence.

As the match headed into extra time, an opportunity arose as a result of a strong Phoenix attack; Hooper was pushed in the back by Dino Djublic as he attempted to control the ball against Davila – giving Davila a penalty kick, which he promptly converted to bring the match to 2-1 to Perth. 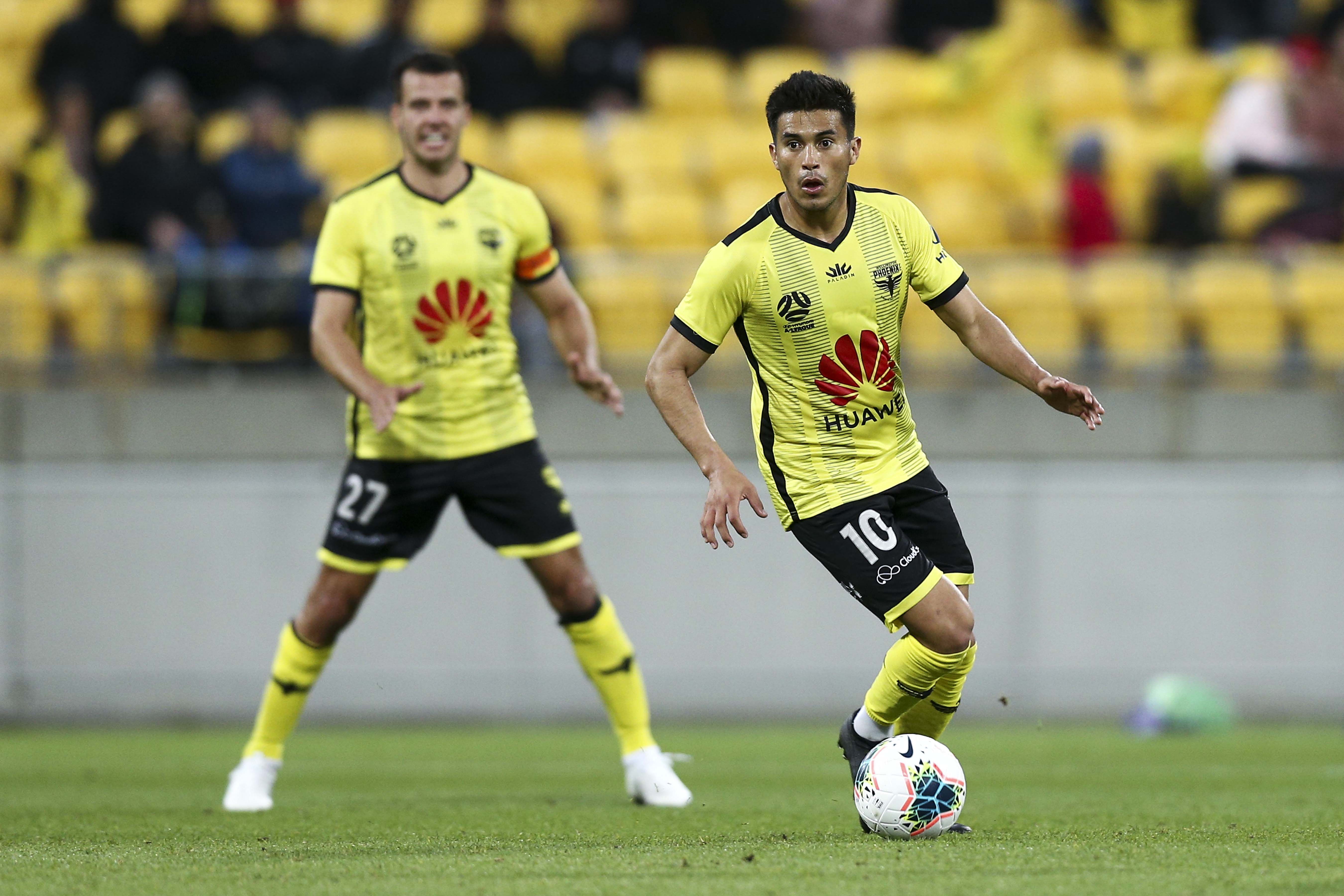 And that remained the score at the full time whistle, with the Wellington Phoenix no doubt gutted to lose against a tough Perth Glory side – but also taking comfort in the short glimpse of seeing Hooper in action and the team effort in the second half.

Attention now shifts to their next match, an away game at Melbourne City FC on 3rd November. This kicks off a stretch away from Westpac Stadium, with two matches in Melbourne, followed by a bye and then a home game versus Brisbane Roar on 23rd November.