At the Wellington Phoenix Round 3 Hyundai A-League match v Perth Glory at Westpac Stadium on Sunday, the club announced a significant extension to its Football Diversity and Inclusion Programme (FDIP).

The programme aims to foster inclusivity, participation and wellbeing by using sport as a vehicle to help our communities particularly from former refugee and migrant communities to interact with our wider community. It also supports youth and their families – who may not otherwise have the opportunity to experience and engage with sport – to attend Phoenix matches and link with the football family.

In 2018/19, the club’s FDIP ‘’Bus to the Nix’’ programme provided transport and match tickets for 2,500 children and families to attend Wellington Phoenix home games during the season. This amounted to 64 buses in total, with 80% of recipients coming from low decile schools, 15% from community and youth organisations and 5% from football clubs.

At this year’s FDIP launch, the club announced that following feedback from its community partners, a deeper rather than wider programme was the best investment the club could make into these communities. Wellington Phoenix General Manager David Dome explained the development at the launch.

‘’In our review of the programme last year, the feedback was overwhelmingly positive with many young people and their families never having been to a live sports event before. The addition of a lunch and free merchandise which was unexpected was gratefully accepted,’’ Dome said.

‘’However, after delving a bit deeper and talking further with community representatives, additional feedback was that the ‘drop in’ nature of the Bus to the Nix programme, while gratefully accepted, could be better executed with a longer term investment – most specifically building a deeper, ongoing programme of activity.

‘’The plan therefore is to fund youth from our communities into their local football clubs – we will pay club subscriptions, uniform costs, football boots as well as employ local community facilitators to take the participants to and from trainings and games; we want to remove all barriers to entry to be part the football community and sport in general.

David says that the Phoenix will look to build a programme for around 100 players this season.

“It’s a significant investment only made possible by the significant generosity of the Lloyd Morrison Trust – and we are looking for further contributions to continue to grow the number of players in the programme.’’ 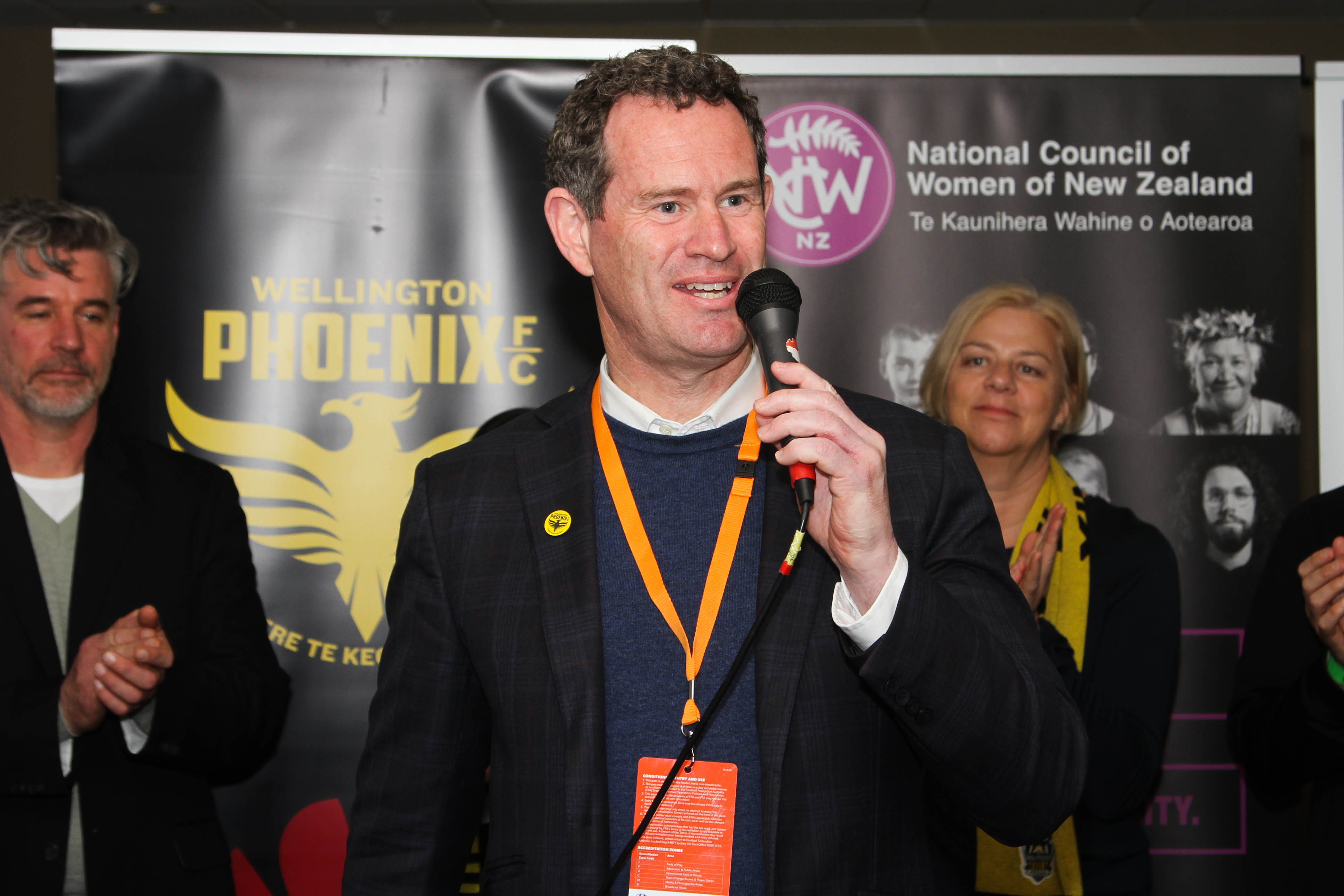 The programme has been facilitated by New Zealand Police Inspector, Rakesh Naidoo. Inspector Naidoo said sports teams, with their outreach and influence – particularly among our youth – were important partners in Police’s mission to make New Zealand the safest country.

“This was an opportunity to honour those in our communities who are working to make this a more inclusive, harmonious and safer country.”