The Wellington Phoenix have earned a hard-fought draw against newcomers Macarthur FC tonight, in a controversial match that saw the Nix valiantly hold on despite being reduced to 10 men for the final 35 minutes – with a highly contentious VAR call impacting on Wellington’s lead at the end of the first half.

After coming off the bench against Sydney FC last week, both Hemed and Dávila were in the starting line-up tonight in place of Jaushua Sotirio and Mirza Muratovic. Both sides were missing key players, with Reno Piscopo nursing a calf injury and Macarthur’s Moudi Najjar absent after starting the Bull’s two previous matches.

The matched kicked off with Wellington in control, dominating possession and constantly putting pressure on the Bulls defence with regular forays into the Bulls area.

In an exciting early sequence, Wellington left back James McGarry would take a superb pass from Ball but have his attempt on goal blocked by the Macarthur FC defence. Follow-up attempts from Dávila and Alex Rufer would be off the mark, with Dávila then linking up with Ball in front of the Bull’s goal but the latter unable to get his shot off.

The Nix’s four attempts on goal – versus none from Macarthur – in the first 10 minutes would be a testament to the Phoenix’s early dominance.

Macarthur FC would regroup and finally get an attempt on goal at the 15th minute mark, with subsequent attempts from Aleksandar Susnjar, Matt Derbyshire and Lachlan Rose all denied by Nix goalkeeper Stefan Marinovic.

The Phoenix would get break the deadlock at the 39th minute mark, with David Ball taking an excellent assist from James McGarry to put home a beautiful goal from just outside the box; putting the Nix up 1-0. 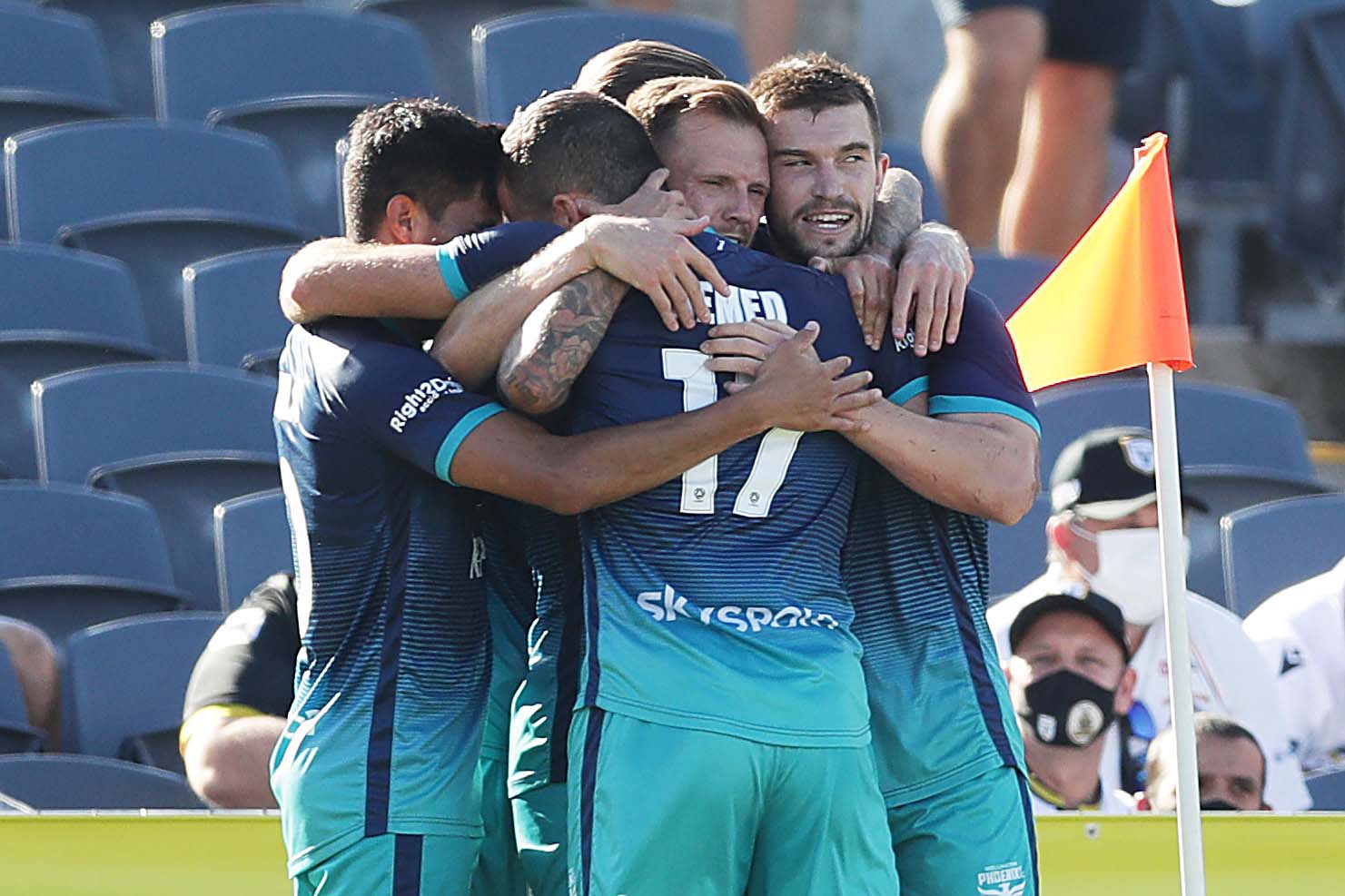 A clash of heads left Hemed with a cut to the face that saw him sit out for the rest of the first half – he would later be forced to leave the match due to excessive bleeding.

The Phoenix finished a strong first half of play up 1-0 thanks to the brilliance of Ball, and with both sides displaying solid defence. Key first-half contributions from the Phoenix included a harassing Cameron Devlin in the midfield supported by strong efforts from McGarry, Dávila and Clayton Lewis – with the partnership of Hemed and Ball also showcasing how dangerous a side Wellington will be this season.

Macarthur would come out in better form at the start of the second half with several goal attempts in the first 15 minutes, including an attempt by Rose which was comfortably saved by Marinovic, and a free kick by Benat Excebarria which was off target.

A highly debatable red card would see Rufer leave the field at the 62nd minute mark, reducing the Phoenix to 10 men. Shortly after, a Aleksandar Susnjar goal past an outstretched Marinovic would level the score to 1-1.

The Phoenix would dig in deep for the last 30-odd minutes of the match, denying the home side any more goals while attempting to score some of their own; Sotirio dangerous on attack in place of Hemed but unable to convert.

A valiant effort by the Phoenix would keep the score level at 1-1 at full-time, with coach Ufuk Talay praising his team’s resilience after the match – despite the unfortunate circumstances they faced.

“That red card changed the game for us, I think we were comfortable in the first half and we had them on the ropes – the boys played some really good football and it’s disappointing that a decision like that changed the game,” said Talay.

“We pinned them in the first half and we were on the front foot from the first minute of the game, created some good opportunities so I’m pleased with the way the players performed.”

The Phoenix will now have to wait until 24 January for their next match, at home against the Newcastle Jets at WIN Stadium in Wollongong on Sunday 24 January.