What does Wellington Phoenix’s Aussie striker Blake Powell have in common with superstars Luis Suarez and Philippe Coutinho?

They have all been selected in this week’s EA SPORTS’ FIFA team of the week.

Powell was recognised among some of the biggest names around the world for his incredible four-goal haul against the Wanderers on Sunday.

The 24-year-old scored a perfect hat-trick with excellent finishes in the opening half an hour, first with his head before a rocket left-foot volley and a deft chip with his right foot.

A dream performance and emphatic 5-2 win for the Nix was assured after the break with Powell scoring another superb header to join the likes of Besart Berisha, Alessandro Del Piero, Shane Smeltz and Archie Thompson as players to have scored four or more goals in the Hyundai A-League.

Powell also won selection in the Hyundai A-League team of the week for Round 19. 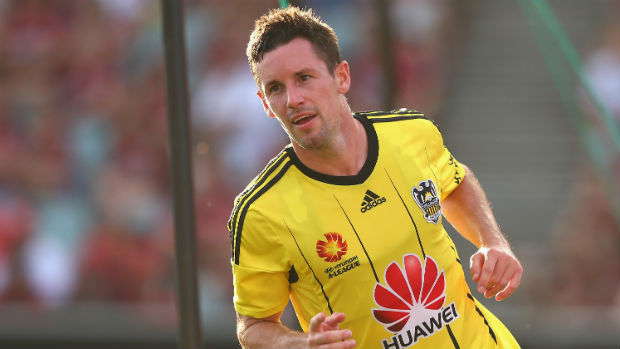 As well as Barcelona’s Suarez and Liverpool playmaker Coutinho, Chelsea winger Pedro and ex-Spain goalkeeper Iker Casillas were other names alongside Powell in the EA SPORTS’ FIFA team of the week.