The Wellington Phoenix are delighted to announce that defender Steven Taylor has re-signed with the Club on a one-year deal – ensuring he returns for his fourth season as a key member of the Nix.

I don’t want the Phoenix to be on the fringes of the playoffs every season; I want us to be guaranteed in the top six and challenging for the top two, so that’s my goal and the Club’s goal for next season.

35-year-old Taylor re-joined the Phoenix in March 2021 following a stint with Oshida FC in the Indian Super League, playing in 11 matches – including nine starts – in the 2020/21 season.

The numbers this season back up Taylor’s reputation as an elite defender and team player. In the eight matches that Taylor started and played the full 90 minutes, the Phoenix are unbeaten during this time (4W, 4D) with the Club conceding an average of 0.75 goals per game – an improvement on the Club’s average of 1.36 goals conceded on the season. 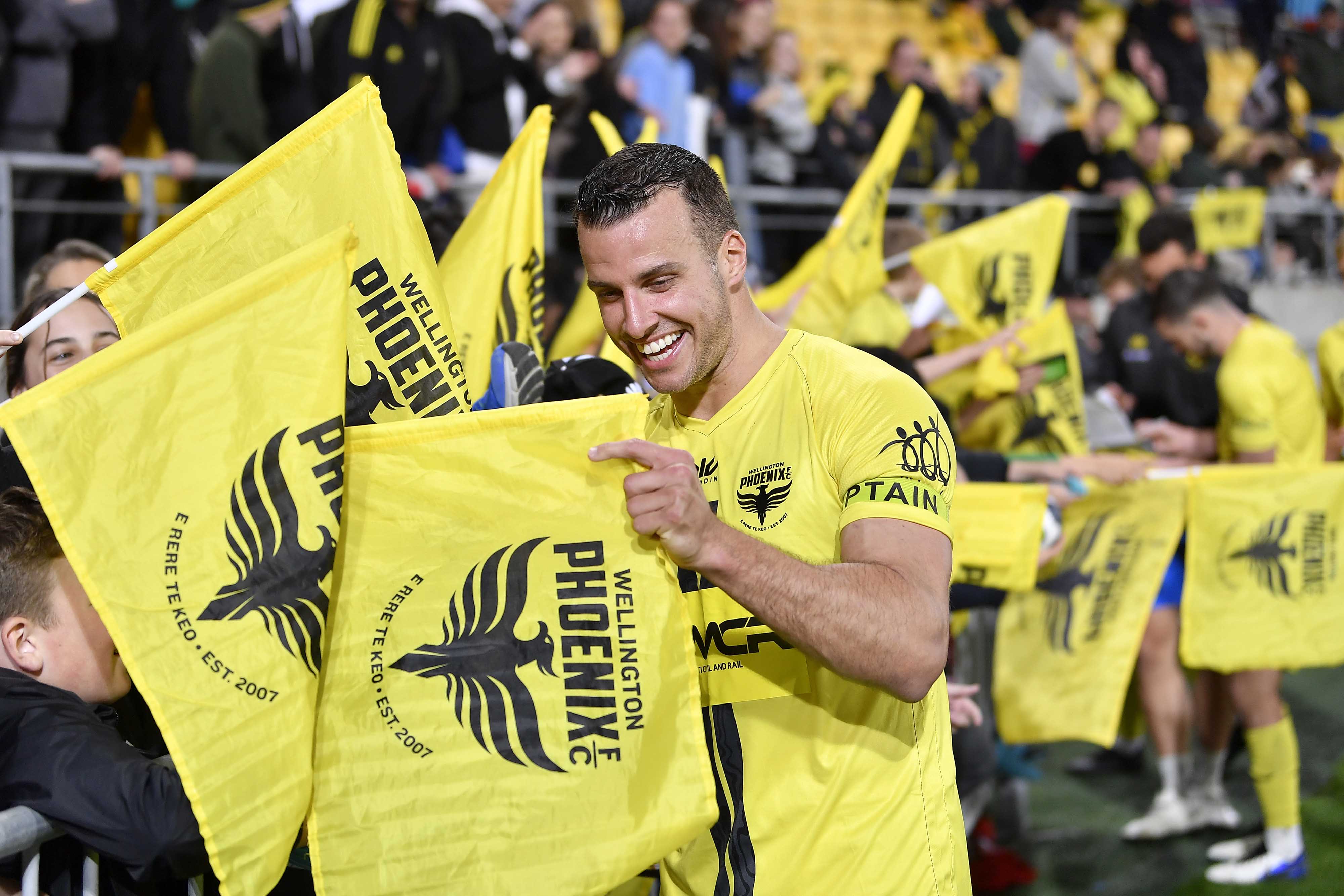 Wellington Phoenix head coach Ufuk Talay says that it is often the intangibles that define Taylor’s impact on the field.

“Tayls is a leader for us first and foremost; he brings us that experience, determination and passion on the field that helps everyone on the squad to lift their games,” says Talay.

“He’s someone we know we can rely on to bring it 100% every match and solidify our backline – our defence and decision-making is simply better when he plays.

Taylor says that the Wellington Phoenix and its fanbase has a special place in his heart, which made re-signing an easy decision for him.

“Coming back [to the Phoenix] was a no-brainer for me, I want to be around these guys again so I’m delighted to be here next season,” says Taylor.

“I had a good chat with the Manager [Ufuk Talay] and he’s been class all the way through; I love the style of play that we play, I love the Phoenix fans and the boys in the squad.

“You just got to look at what we had in Wellington [on 22 May], for me to be part of that was a very special night – walking out with the boys in front of all those fans, I want more nights like that with the Phoenix.”

Taylor says that although the team’s playoff hopes for this season are now over, he is proud of what the Club achieved and is excited for next season.

“I’ve been very fortunate that the team’s performances since I’ve been here have been on par with last season; the stats speak for themselves, but the main focus had been to get into the playoffs where this club should be.

“You look at the team this season and we’ve always been in every game – the quality is always there with the lads, it’s just a matter of building consistency, confidence and momentum.

“And once we get a couple of wins under the belt, you know in football how quickly things can change and it has – it’s a credit to the lads, the confidence throughout the whole group throughout our unbeaten run.

“And it’s not just myself, it’s the likes of the foreign boys like Tomer Hemed, David Ball and Ulises Davila – it all helps massively with the young boys coming through as we’re a very young squad.”

Taylor has set himself two key goals for next season.

“I don’t want the Phoenix to be on the fringes of the playoffs every season; I want us to be guaranteed in the top six and challenging for the top two, so that’s my goal and the Club’s goal for next season.

“I also want to change the perception of football in New Zealand, I want to help get more youth coming through and wanting to play football and supporting the Phoenix.