The 2016/17 A-League season has drawn to a close and while some of our players are currently enjoying a well-earned rest, many others will have a packed off-season ahead of them, as will we in the Phoenix office!

Earlier this month eleven boys from our Auckland-based Wellington Phoenix Soccer Schools u12s team had the experience of a lifetime – qualifying to compete at the Arousa 7s Futbol Tournament in Portugal, and drawn in a group with FC Barcelona, Arsenal FC and Real Madrid!

Against some of the world’s best players of their age group our boys accounted themselves brilliantly. Ajax Amsterdam were the eventual tournament winners, but the WPSS boys will return to New Zealand knowing the benchmark for excellence and with experiences and memories they’ll never forget.

Six Wellington Phoenix or Wellington Phoenix Academy graduates are also set for a busy off-season after being selected to represent New Zealand at the U20 World Cup starting later this month in Korea Republic. Congratulations to Logan Rogerson, James McGarry, Sarpreet Singh, Jack-Henry Sinclair, Luke Johnson and Joe Bell. Some late nights ahead as we follow the boys’ progress – the opening match against Vietnam kicks off Monday 22 May.

A few days later ten players from our development and first team squad depart for Hong Kong where for the third year in a row Wellington Phoenix will be flying the flag for New Zealand and the A-League at the Hong Kong Citi Soccer Sevens.

Wellington made the final four in both previous tournaments – losing to eventual winners Atletico Madrid and Aston Villa, but it’s the repeat fixture of last year’s quarter final with Leicester City that will be most anticipated, with the English side no doubt out for revenge!

There’s some real powerhouses of world football coming to Hong Kong this year and with a good run we could come face to face with Bayer Leverkusen or Olympique de Marseilles.

While that’s taking place New Zealand head coach Anthony Hudson will name his squad for the forthcoming Confederation Cup set to commence 17 June in Russia. If previous call-ups are any indication as many as five or six more Wellington Phoenix players could be in the frame to pull on the national jersey once again. 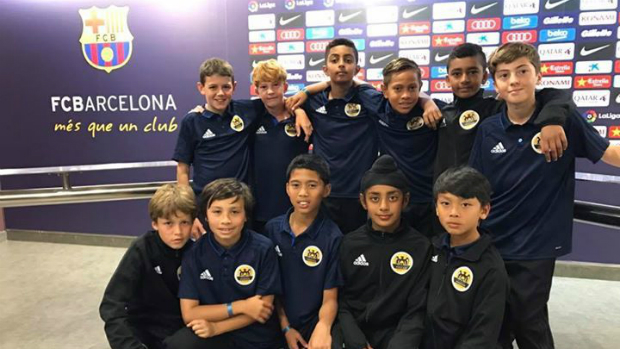 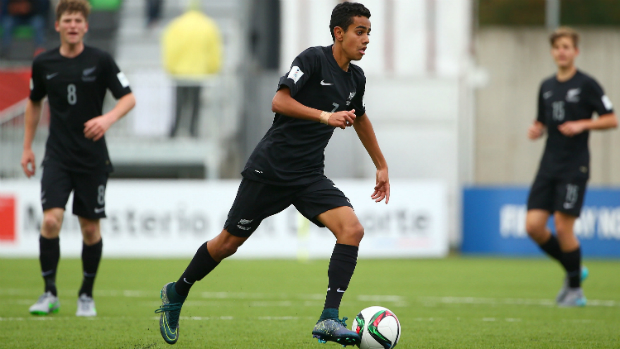 Back in Wellington, we’ve also been working round the clock to finalise our recruitment process to appoint a head coach for the 2017/18 A-League season and beyond.

Whereas some clubs have seen a revolving door of coaches come and go across the last decade, at Wellington we pride ourselves on our stability and on getting the big decisions right. Ricki Herbert was the standout candidate when we first launched ten years ago, and we strongly believe the club has continued to evolve under Ernie Merrick during his three and a half seasons at the helm.

Coming in amid difficult circumstances co-coaches Des Buckingham and Chris Greenacre performed admirably, picking up a points-per-game ratio that across a full season would have seen Phoenix qualify for their fifth finals appearance in ten season.

Chris and Des earned the right to interview for the top job next season and impressed the football committee with their tactical awareness and vision for the club. While they have been unsuccessful this time, in Des and Chris, we believe we have two of the most talented young coaches currently active in Australasia.

Since it was confirmed, on April 8, that Wellington Phoenix were out of finals contention the club has engaged in a thorough review of our coaching structure – our present strengths and weaknesses – and what leadership attributes are necessary to take this club forward.

I’ve previously and publicly expressed our commitment to a 31 May deadline for finalising the head coach appointment, and after six weeks of winnowing out applications, conducting interviews across three continents (and numerous timezones!), I can happily report that we have met this commitment ahead of schedule.

We have a signed contract with our preferred candidate and pending flights and immigration we look forward to presenting our new head coach in Wellington, early June.

In the interim our new head coach has been talking to our football operations department, assessing our current squad of players and potential new signings from across Australasia and beyond.

Currently off-contract players have been evaluated by our prospective head coach over previous weeks and any departures come with our best wishes.

At present, we have fifteen players from last season’s squad contracted for the next campaign, with three or four more to be confirmed in coming weeks.

With a deep knowledge of European football, experience of developing young talent and a wide network of scouting contacts our prospective head coach is excellently situated to attract quality players to our football club and we look forward to announcing several key signings over the months ahead.

In the meanwhile, our Academy staff have been working tirelessly, running football camps around Wellington and Upper Hutt, preparing three teams for competitive action – our u15s, our u17s and our u20s side who are playing in the top-tier winter competition the Men’s Central Premier League.

Anyone who saw the Wellington United/Wellington Phoenix u20s epic 5-4 win over former Nix star Paul Ifill’s top-of-the-table Wairarapa United can attest that our club’s ‘Nix Generation’ are a talented bunch, and we look forward to some of these players progressing into our Handa Premiership team and our A-League squad as well.

In July/August we expect to release our new season membership offerings – and are presently working closely with Westpac Stadium, Ticketek and other partners around New Zealand and Australia to deliver the best value-for-money and matchday experience we can.

As always thanks for your support. There are always going to be ups and downs in football, but we’re working hard to put out a side on the park that will do you, Wellington and New Zealand proud, and we appreciate your loyalty through thick and thin.

As you can see we’ve got a lot on our plate this off-season but we remain energetic, optimistic and confident the club and the team can continue to progress.