Wellington Phoenix Striker, Roy Krishna has been awarded the Hyundai A-League Golden Boot after securing the coveted prize with 18 goals in a fantastic campaign for the number 21.

It has been a season of broken records as Krishna surpassed club legend Paul Ifill, in scoring the most goals in Wellington Phoenix history after he finished beyond Perth Glory in early December.

He then continued this hot streak in January as he became the first player in Hyundai A-League history to bag braces in three consecutive fixtures, after scoring against Western Sydney Wanderers, Central Coast Mariners and Melbourne Victory.

He capped off a brilliant regular season by breaking Jeremy Brockie’s record of scoring the most goals in a single season after completing his hat trick against Melbourne City at Westpac Stadium.

Krishna is extremely happy to have won the race and believes it came down to hard work.

”It feels good to to win this award.

”We set targets at the start of the season as a team and one of them was to get one the scoresheet every week which we’ve all worked really hard towards.

”This achievement is a team achievement – credit has to go to everyone and I want to thank my teammates for helping making this happen.”

Krishna added that belief was key to this award.

”My goal was to become better and to get more goals than the last record I had.

”I believed I could do it and I worked really hard for it.”

Now that the race has been won, Krishna is fully focused on the task at hand – the Hyundai A-League Elimination Final this Friday.

”It’s playoffs time now and our main focus is to do well and fight for each other.

”It’s all about working harder and getting that win.

The in-form striker is expected to feature against a team he has put three beyond this season as Wellington Phoenix travel to face Melbourne Victory in the Hyundai A-League Elimination Final 2019. 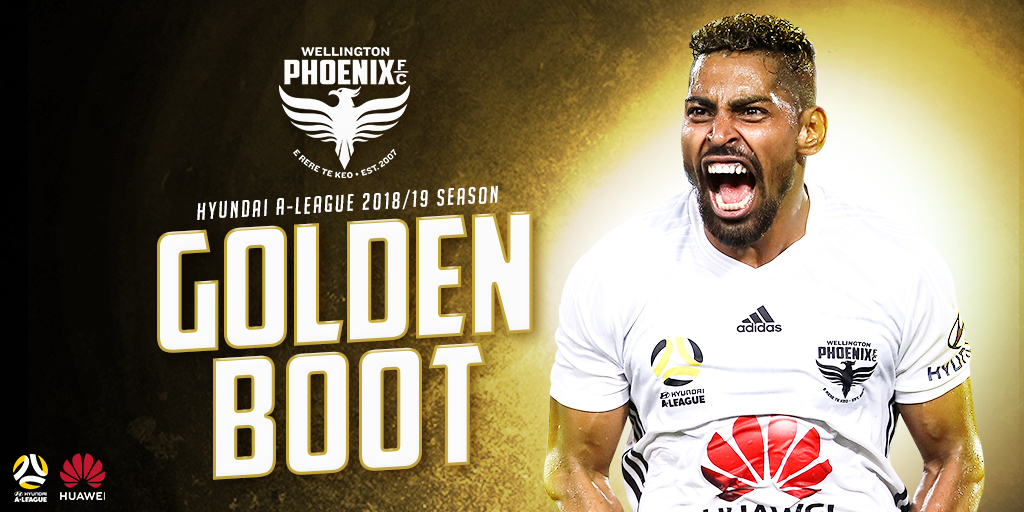