Roy Krishna was honoured with a Special Achievement Award last night at the Fiji Football awards, in recognition for his performances in the Hyundai A-League and contribution to Fiji Football.

Fifteen awards were handed out, recognising players and officials for their hard work throughout the year.

Despite missing out on the Fiji Sportsman of the Year, the previous night, the Fiji-born striker was extremely happy to be given the first award of its kind in the history of the sport.

”It’s always great to be back here in Fiji and to win this special award means a lot to me.

”I want to thank the Fiji FA and all those who were involved in tonight’s celebrations.”

It’s not the first time Krishna has been awarded at the Fiji Football Association Awards, having won the Popular Player of the Year back in 2007 & 2008. 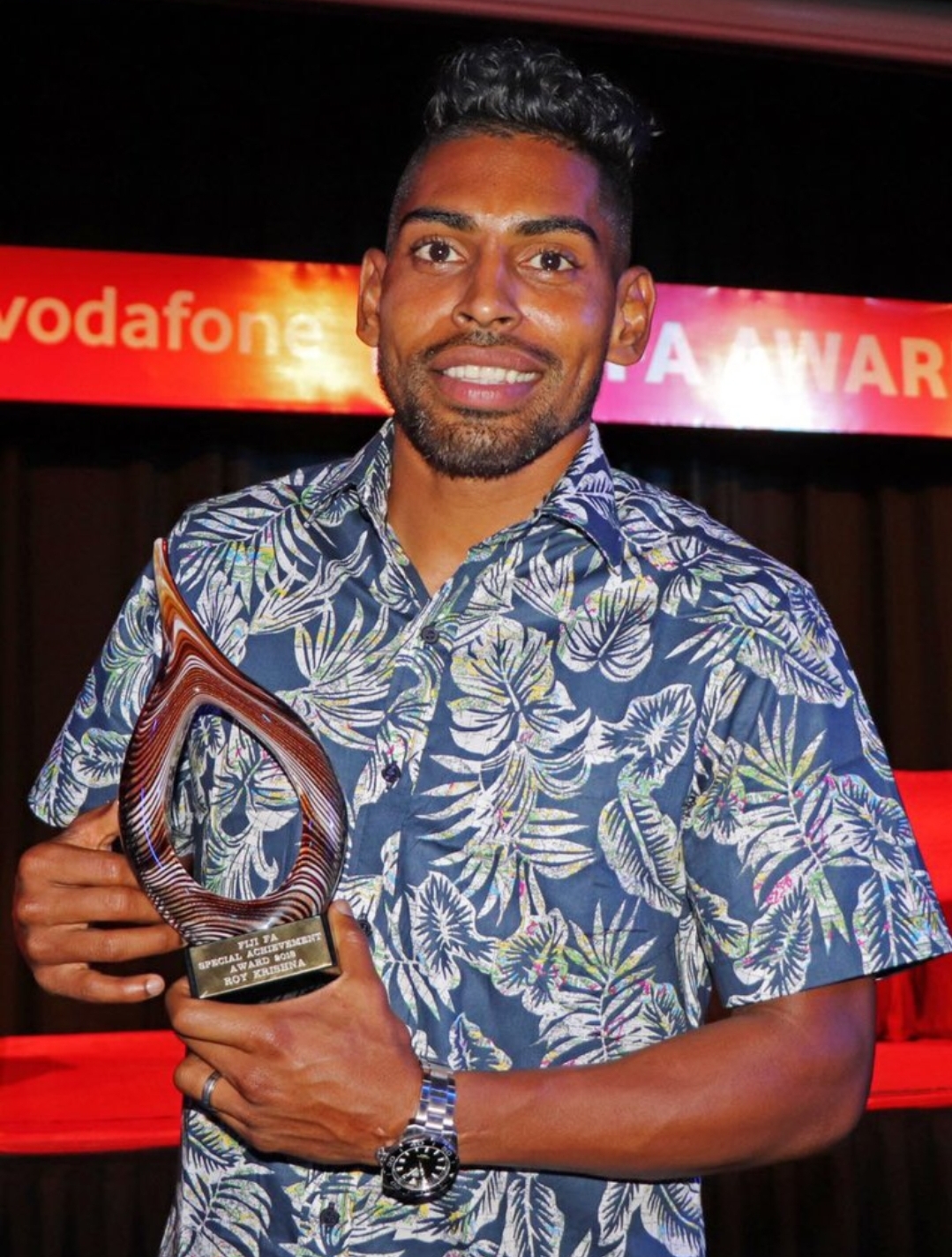