Wellington Phoenix’s Italian defender Marco Rossi is still learning the local lingo but that hasn’t stop the experienced centre-back from enjoying himself on and off the field.

Rossi made his Hyundai A-League debut against Melbourne City last weekend and the 29-year-old impressed many with his performance.

“Every game Marco has played has been super impressive. I think we’ve got one of the best centre-backs in the league. It’s very difficult to get past him and his distribution out from the back is first class,” Phoenix Head Coach Ernie Merrick said.

Rossi is still working on his English, but as he told a large media contigent through a translator, that hasn’t stopped him from communicating on the field. 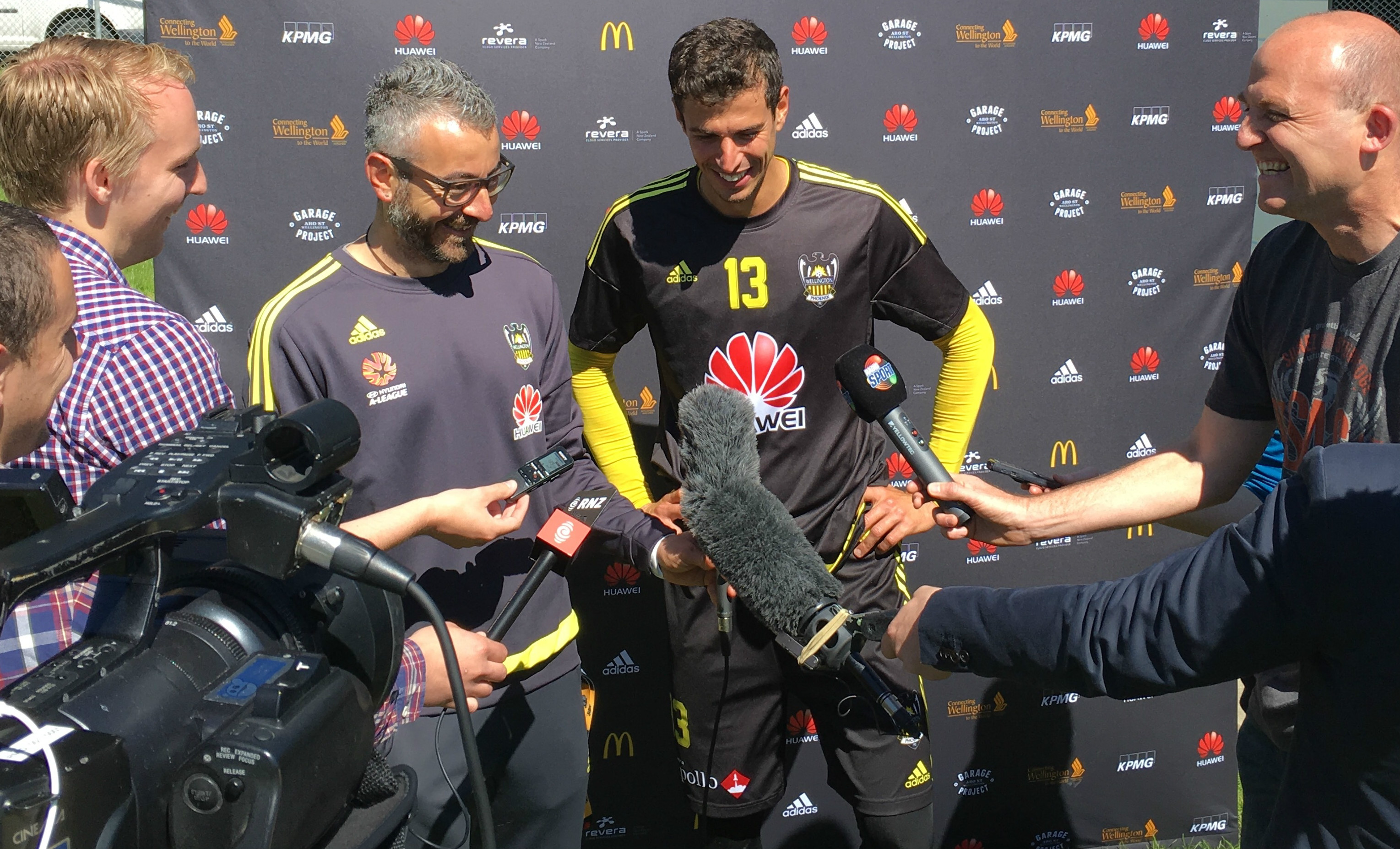 “My football language is good because obviously you learn all those terms pretty easily,” Rossi said.

“The group here is really good and they’ve helped me from the start. The only thing I’m missing at the moment is a bit of English.”

Aside from the language barrier, the Italian has been enjoying his time in the New Zealand capital.

“The boys are helping me to settle and I’ve been enjoying my time in Wellington. Even though our first game didn’t go the way we wanted, I’m sure from the next game on we will be alright,” Rossi said.

He’s also looking forward to the return of defensive partner Andrew Durante for the meeting with Perth Glory on Sunday (9:00pm NZ time).

“Dura has a lot of experience and as everyone knows he’s a very important player for this club and we play well together so it would be great to have him back this week,” Rossi said.

The Italian will get his first taste of a Phoenix away trip when the team departs tomorrow for Perth, before taking on the Glory on the weekend in a contest that can be watched live on Sky Sport.