Phoenix striker: ‘How I made Fijian Olympic history’

Following an Olympic Games campaign that saw him net Fiji’s first-ever goal at the tournament, Wellington Phoenix striker Roy Krishna is now focused on catapulting his revitalised side up the Hyundai A-League ladder this season.

The 29-year-old arrived home from Rio last Sunday and has been straight back on the training pitch this week, with last season’s ankle injury fully behind him.

Fiji endured a difficult campaign at the Games, having been pitted against football powerhouses Germany, Mexico and South Korea but for Krishna the experience will long live in the memory.

“Each game for us was a dream come true,” Krishna told a-league.com.au

“No one thought that Fiji was going to qualify to play against the best teams in the world.

Time to talk up the Hyundai A-League

“Germany are the world champions and Mexico were the defending gold medallists and South Korea were runners up in the Asian [U-23] championships.

“So for us it was a privilege to play amongst those guys and I think the boys really enjoyed every moment even if the results weren’t that great.

“We’re not just a rugby nation, we are also a football nation and we gave each team a run for their money especially in the first-half.”

Krishna’s goal came against Mexico, with the Fiji skipper timing his run and header perfectly to open the scoring for the Frank Farina coached squad at the Fonte Nova Arena.

“Any striker wants to score on such a big occasion and I was lucky enough to get a goal,” said Krishna.

“It wasn’t about it me, it took the whole team to score that goal. I just needed to be in the right place at the right time.

“This is definitely something that’s special for me and will stay with me for the rest of my career and lifetime.”

Back home and Krishna is looking forward to linking up with a couple of the club’s new signings in attack this season.

The Phoenix struggled to adequately replace the goal void left by the departure of Nathan Burns last season with Krishna’s season-ending injury putting extra pressure on their frontline. 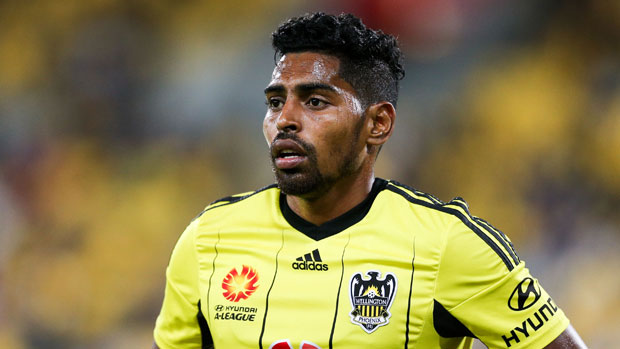 The striker said Phoenix again have the firepower to trouble teams – especially away from Westpac Stadium, something they have struggled to do on a consistent basis in recent seasons.

“They’re very experienced and have won a championship so they have brought a winning mentality to the team.

“We have to be more consistent and perform every week this season, especially with our away form.

“That will be key and I think the new signings will help us.

“I think the expectations from the boys are pretty high and hopefully that will show on the field.”