This Saturday the surging Wellington Phoenix travel to Melbourne, taking on a struggling Victory team at AAMI Stadium – in a re-match of last month’s Round 5 away clash.

That match will be remembered as a tense and physical affair, with both teams scrapping hard to earn a 1-1 draw – thanks to a second-half equaliser from Victory captain Ola Toivonen, in response to Ulises Davila’s penalty goal in the fifth minute.

Although Wellington weren’t satisfied with the draw, it gave the club its first points of the season and is credited as being the match that began the Phoenix’s scorching run.

A month later and following a 2-1 win against Western Sydney Wanderers at Eden Park last Saturday, the Phoenix bring a three-game winning streak into this match – having surged into the Hyundai A-League top six for the first time this season.

Ufuk Talay admits both momentum and confidence are building with his in-form Wellington Phoenix squad.

The Phoenix will continue to rely on the goal-scoring dominance of Ulises Davila, who has quickly ascended to stardom in his first season with the Phoenix. The ‘Mexican Magician’ is third-equal in the Hyundai A-League with 6 goals scored over nine matches, including a perfect 4-4 on penalties.

He’s ably supported by the hard-working David Ball (third-equal in assists this season) and Jaushua Sotirio, who scored a stunning goal versus the Wanderers thanks to a beautiful setup from Ball. 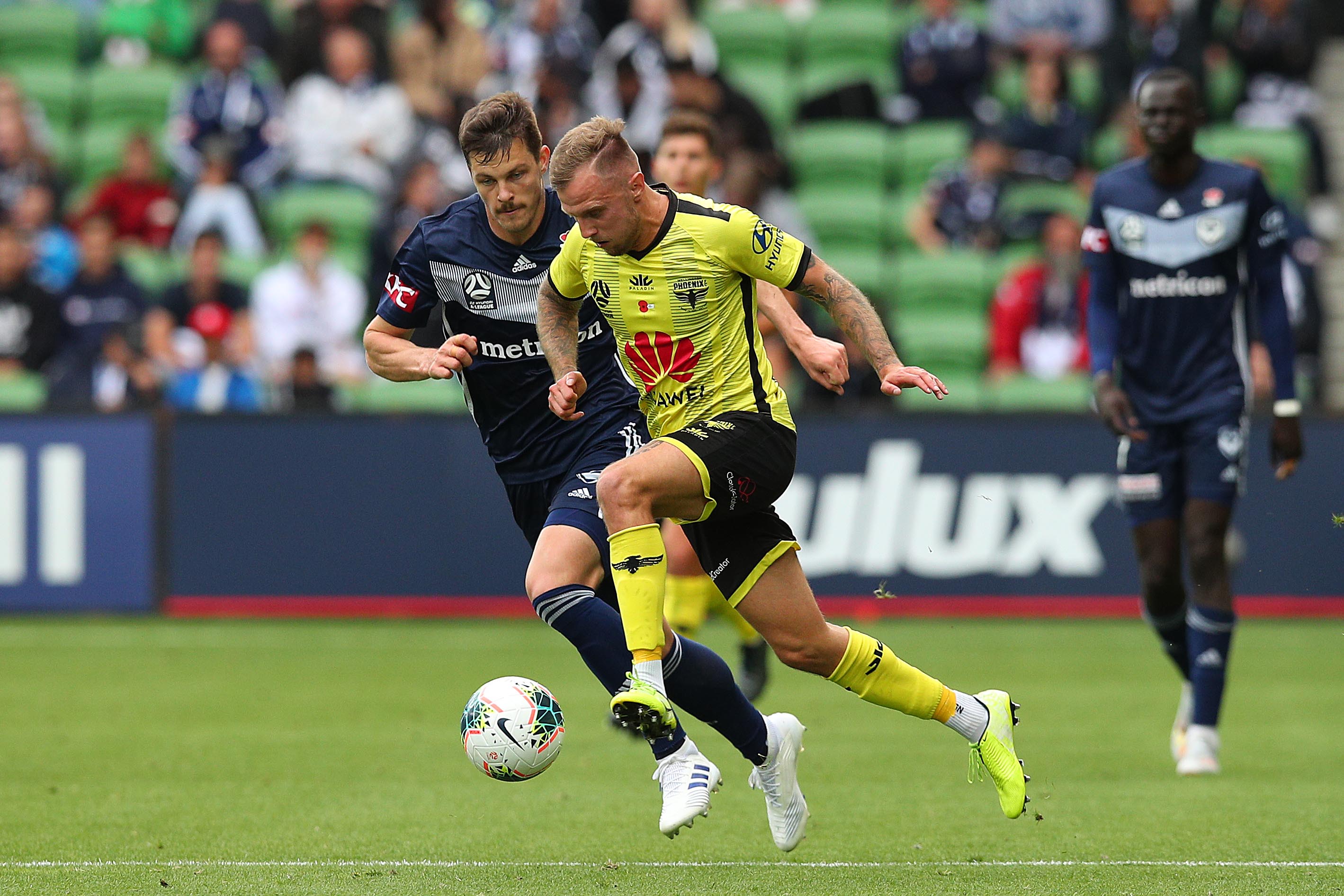 Sotirio says that the Phoenix will look to take advantage of Melbourne Victory’s up and down season so far.

”We’ve got the momentum now – you can’t underestimate them but we’ll go there trying to make it four wins in a row and just keep going as hard as we can.”

Phoenix fans were saddened to hear of Louis Fenton’s season-ending shoulder surgery this week; a huge blow for the team and for a hard-working and popular player. But with steadfast captain Steven Taylor in great form and All White Tim Payne filling in strongly in Fenton’s absence, the Phoenix backline will still pose a defensive barrier to the likes of Victory’s Toivonen and Andrew Nabbout.

Meanwhile, Melbourne Victory limp into this match, having lost three of their past four matches against a tough schedule, with their lone win being a 1-0 victory over Perth Glory at home. Although they currently sit in 10th place, Marco Kurz’s squad has the talent to climb back into the top six – and will look to Wellington to be that stepping stone back into contention.

Toivonen will be a key player to watch; he has five goals for the season and has scored a goal in each of his four Hyundai A-League games against the Wellington Phoenix – against no team has he scored more in the competition. Also keep an eye on the pesky duo of All White Storm Roux and midfielder Leigh Broxham, who were both agitators against the Phoenix the last time they met.

Catch the Wellington Phoenix for Round 10 this Saturday, when they face Melbourne Victory at AAMI Park. Kick-off is at 7pm NZ time.