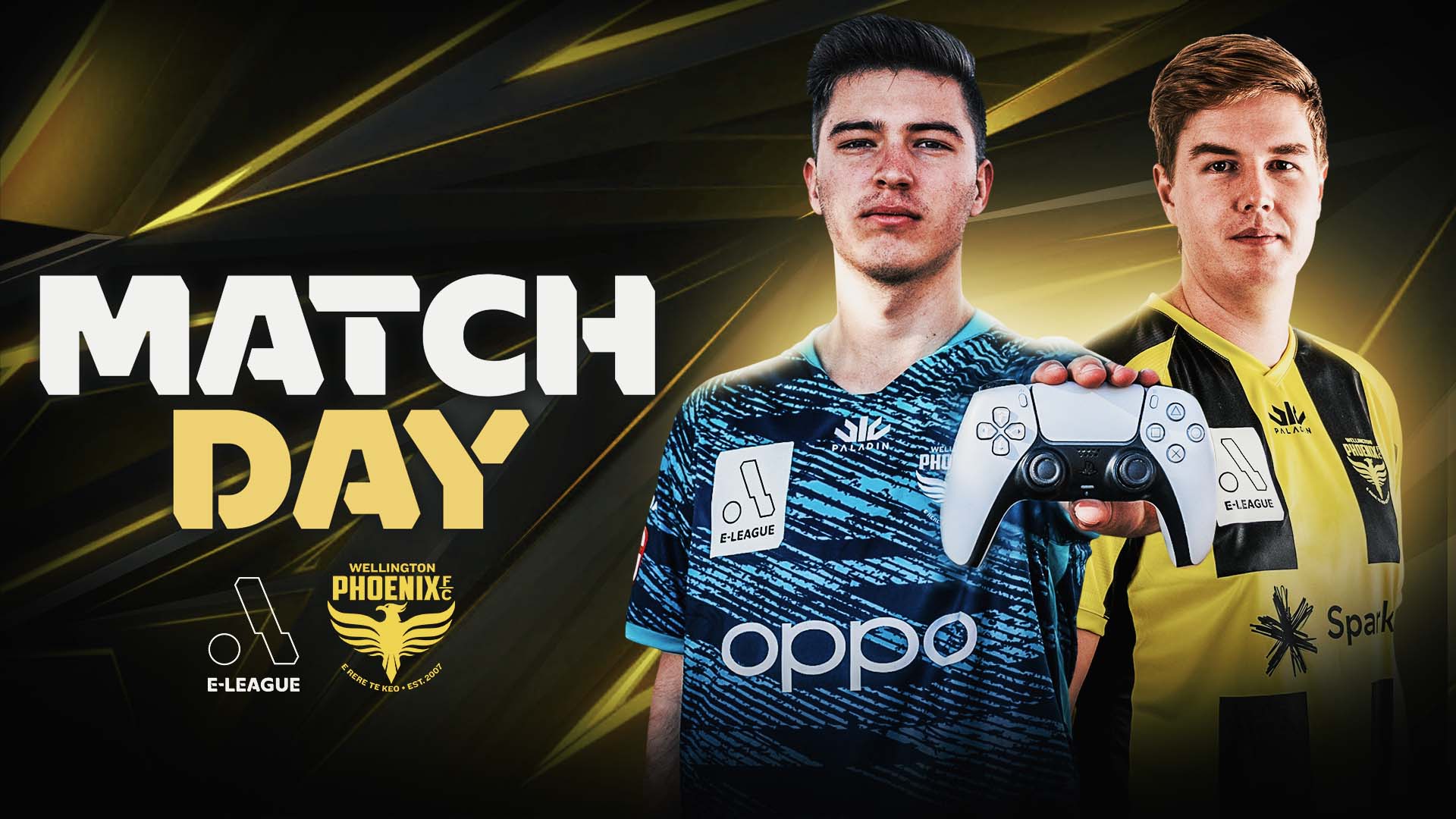 The wait is almost over for the Wellington Phoenix’s 2022 E-League representatives.

After sitting out the opening day of competition last weekend, Campbell ‘airbrn’ Knowles and Noah ‘Noahja_’ Abrey will make their bow in E-League 2022 on Saturday, May 14.

They will each play five group matches before the Wellington Phoenix take the field in their Isuzu UTE A-League elimination final against Western United on Saturday night.

Airbrn is in group C, what he’s calling the “group of death”.

“It’s certainly going to be a challenge,” Knowles said. “The others in the group have been around for as long as I have and there’s a couple of them who have accomplished a lot.

“I’m going in as the underdog as well. When the groups were announced many put me finishing around fifth or sixth, so I’m looking to cause a few upsets along the way too.”

Only the top two players from each of the four groups progress to the finals, but Knowles believes that’s “definitely achievable”.

“I’m feeling very confident ahead of the competition this year.

Noahja_ has been drawn in group D after going unbeaten at the inaugural Path to E-League tournament, which finished early last month.

In contrast to Campbell Knowles, Noah Abrey is a relative newcomer to this level, having burst on to the scene last year by winning FIFA 21 at the UTSNZ Tertiary Esport League.

“I’m excited and feeling pretty confident in my ability after having some good practice games,” Abrey said. “I can’t believe where I’ve gotten to in a year.

“Competing in the E-League is turning my dreams of representing the Phoenix into a reality.

“This opportunity is an amazing chance to reach the next level in my E-Sports career.”

Airbrn and Noahja_ are vying for two spots in the EA Sports FIFA 22 Global Series Playoffs and $10,000 of prize money.

The winner will also take home $4,000, with the second to eighth place getters sharing the remaining $6,000.

The top eight will advance to the finals on Wednesday, May 25 with the grand final to follow on Saturday, May 28.

All E-League matchdays, including the finals, will be broadcast live on Twitch.