As part of Wellington’s tenth season in the Hyundai A-League celebrations, Saturday 11 March we will be honouring one of the club’s most remarkable stalwarts.

On 14 October 2007, with the fledgling club just seven games old, Vince Lia pulled on the yellow and black for the first time.

Ten seasons and 190 matches later while many have come and many have gone, one man has remained throughout the highs and the lows, and his story has become interwoven with Phoenix’s own.

On the field the day Wellington beat Newcastle in front of 33,000 at Westpac Stadium to qualify for the Preliminary Final; there when Phoenix put six past Jason Culina’s Gold Coast United; there when Wellington received a masterclass from four-goal hero Alessandro Del Piero.

On the same evening a celebration This is Your Life dinner – hosted by journalist Jason Pine and Go Media’s Mike Gray, will see extended chats, tales and reminiscences from those who played alongside Vinny across the last decade.

For all the details of this event – please see the attached flyer.

Come celebrate with #Viniesta and the Phoenix family – it should be a cracking day/night! 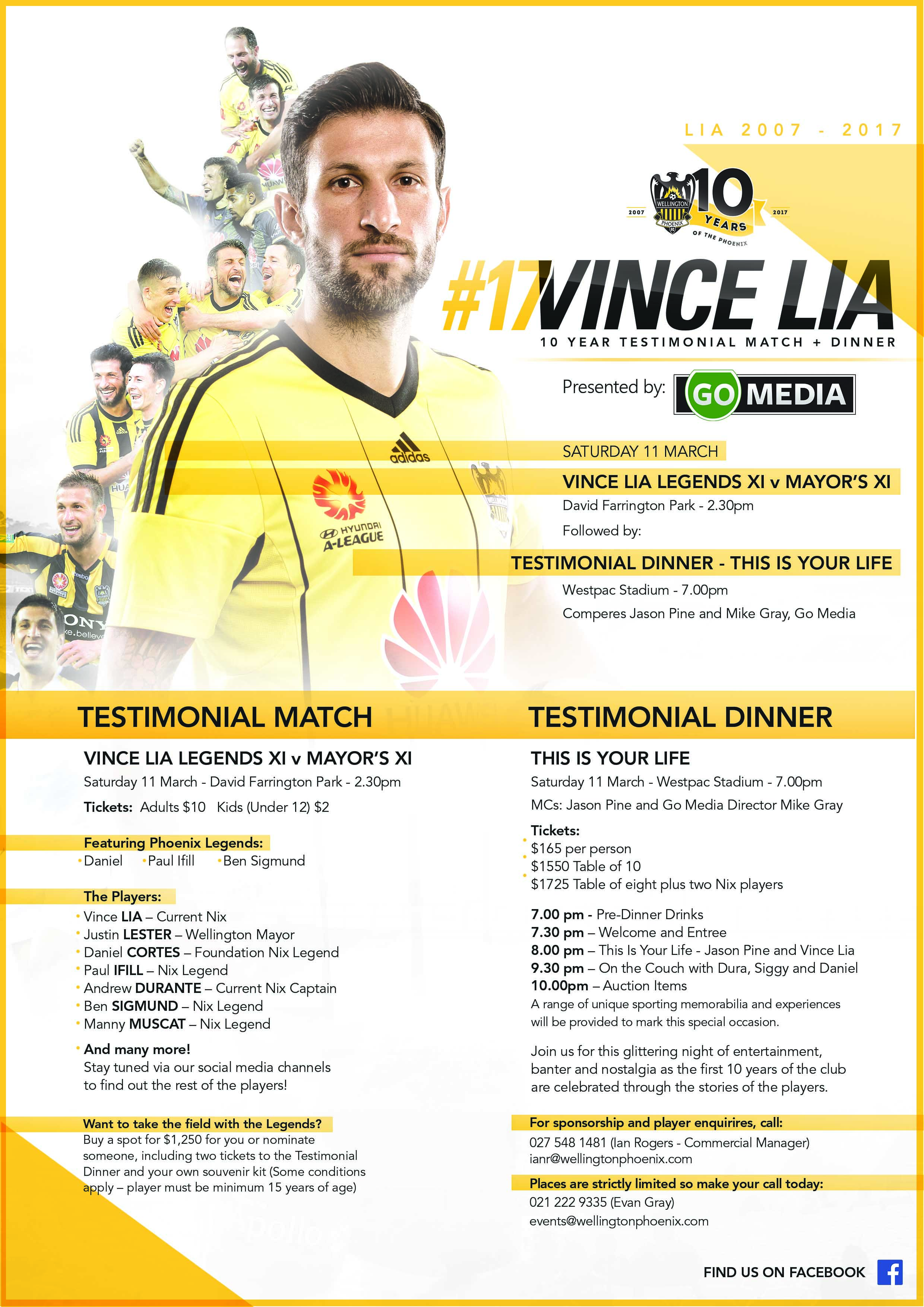