Wellington Phoenix captain Andrew Durante says his side have made a genuine statement of intent after dismantling in-form Melbourne Victory 3-0 on Tuesday night to move into fifth spot on the Hyundai A-League ladder.

The Nix moved into the six after an impressive win over second-placed Big V at Westpac Stadium, sitting in fifth on goal difference ahead of Perth Glory in sixth.

Phoenix into six after stunning Victory

And with the third of three home games in a week this Saturday against Roar, Wellington are showing the right sort of form at the right time as they eye the chance to further cement their finals hopes. 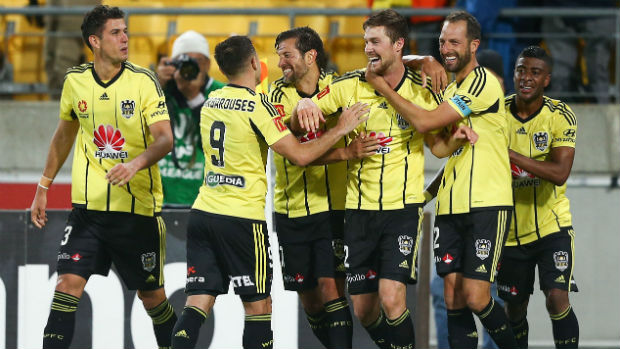 “We were hungry and we knew how important this week was,” a proud Durante told Fox Sports after the win.

“We knew if we put the foot on the throttle and with them [Victory having to travel three days later [after their weekend game] we’d get chances.”

Phoenix’s performance harked back to the Nix of old: first to the ball, hard working and organised with the front press setting the tone for the rest of the team.

It augers well for Phoenix’s clash with fourth-placed Brisbane Roar at Westpac as the Wellingtonians chase a trio of wins on the spin.

“3-0 win against a quality side like Victory is fantastic,” added Durante.

“We’ve copped a bit of flack over the last month about our performances but tonight was a real statement.

“We’re going for nine points so the boys are pumped. We’ve had two clean sheets so we’re ready for Saturday,” the skipper added.