Wellington playmaker Michael McGlinchey feels his side were made to pay for inviting pressure from Central Coast in their 1-1 draw on Sunday.

Phoenix looked to be heading to all three points, holding onto a 1-0 lead into the last 15 minutes of the match following McGlinchey’s early strike.

But the visitors were unable to hold on under the weight of a stack of chances to the Mariners, with Roy O’Donovan heading in a deserved equaliser.

Mariners, Phoenix all square in Gosford

“It’s very disappointing that we gave that goal away,” McGlinchey told Fox Sports. 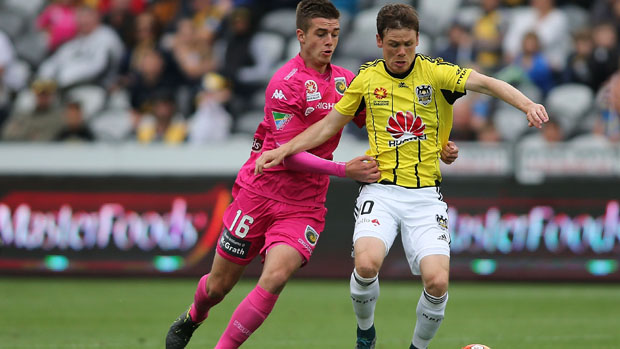 “I think we were sitting deep and encouraging the pressure and playing a counter-attack game after [Phoenix’s] goal. It’s disappointing.

“We’ve played well in spells in games [this season] but not long enough,” the Kiwi international added.

The result – the first time the two sides have played out a draw in 11 games in Gosford – ends a tumultuous couple of weeks for Wellington.

Ernie Merrick’s side were crushed 3-0 by Melbourne Victory on Monday and have also had to deal with the uncertainty surrounding the clubs future in the Hyundai A-League.

While admitting the off-field stuff was a distraction initially, McGlinchey said it’s no excuse for what they are producing on the pitch.

“When it first got announced the boys were speaking about it,” he said.

“But the senior players and management have kept everyone focused on what we have to do on the pitch and we’ve just tried to do that.”

Phoenix are currently on seven points after five rounds to sit in seventh spot on the A-League ladder.

They have a short turnaround before their next match, heading back to Wellington to host last-placed Adelaide United on Friday night.