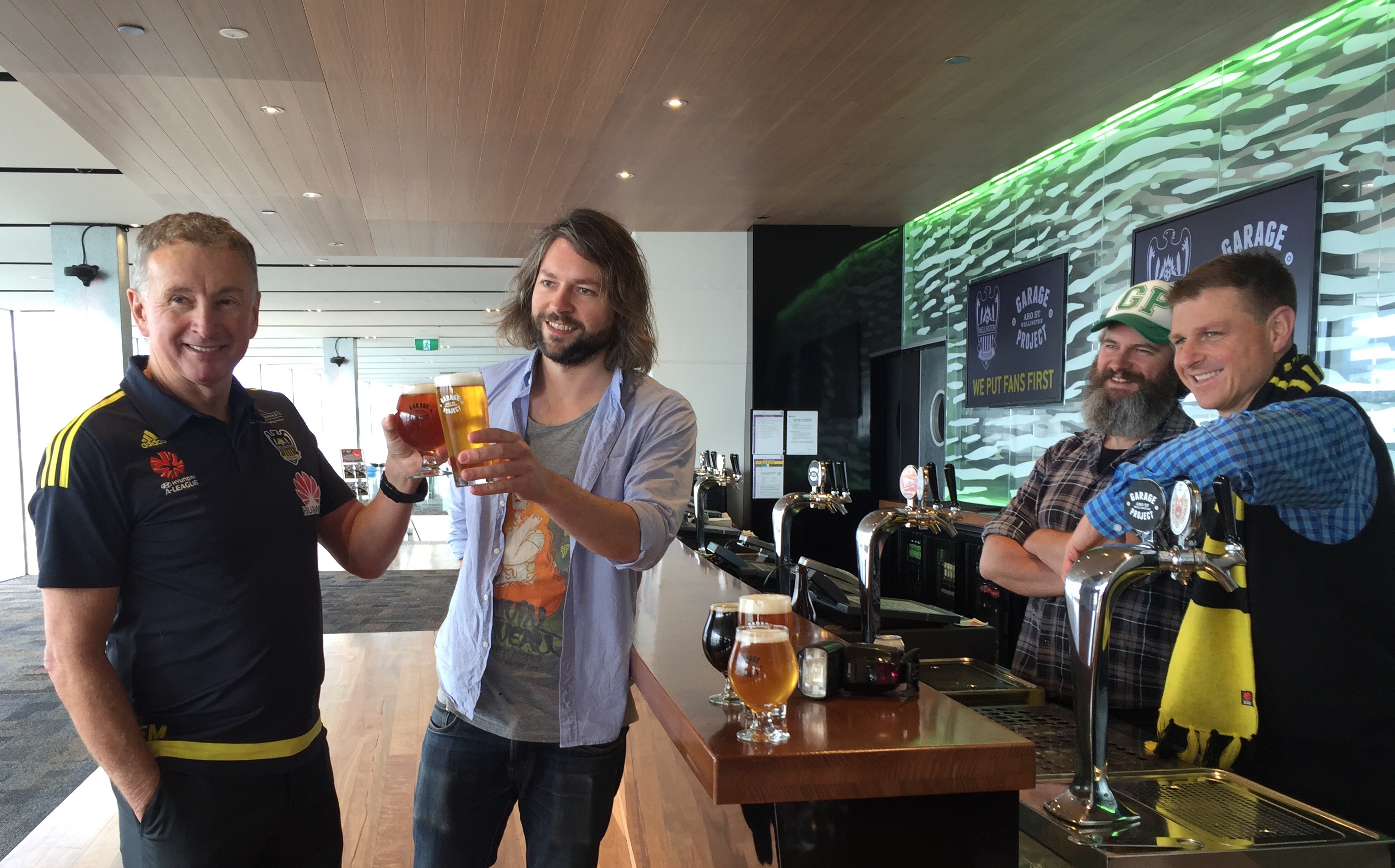 Wellington craft brewery Garage Project will be pouring their beer for Phoenix fans at the Westpac stadium for the next three years.

It is the first time that an independent craft brewery will have the pourage rights for any sports club in Australasia and it comes with several uniquely Wellington approaches.

Garage Project decided they would not do the traditional rights agreement and ‘lock out’ other breweries. Instead they will open up  some taps each game to other independent Wellington craft breweries in order for Phoenix fans to have the full Wellington craft beer experience.

It is this Wellington craft beer experience that they will take on the road too, to the Phoenix fans at their ‘home’ games scheduled for Auckland, Hamilton and New Plymouth; and significantly to A-League football fans in Australia at the Phoenix ‘away’ match in Canberra in November.

“While this is a commercial arrangement we recognise that Wellington has a unique position within the world of craft beer. So this approach will only help enhance that position and benefit the Wellington craft beer industry as a whole.’ Said Ruffell.

David Dome, General Manager of the Phoenix said that this represents just the start of working with Garage Project.

“While we have to keep creating winning experiences on the pitch we need to create new and exciting experiences for our fans off the pitch.  Garage Project is a fresh, innovative brewery that is developing a global reputation for their approach to all aspects of brewing. Without giving too much away planning is already underway with Garage Project on a range of ideas that our fans will love.

Shane Harmon Chief Executive of Westpac stadium welcomed the news. “At Westpac Stadium we have a number of projects underway to enhance the fan experience, including upcoming investments in technology as well as the concourse upgrade. Local craft beer regularly tops the list of suggested improvements from fans, and we congratulate the Phoenix and Garage Project for this initiative”.