It’s been a hugely satisfying and exciting year for the Wellington Phoenix Football Academy.

As we come to the end of the Academy’s second full year of operation it’s a good time to reflect on how far we have come and what has been achieved. The growth has been exceptional but what has been most exciting is the quality of player that is coming through and being developed within the programme. And we’re only just at the beginning of what this Club can achieve through its Academy structure. 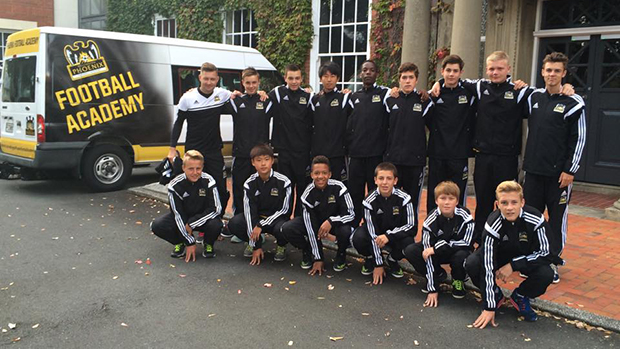 When Welnix took over the Club in 2011, one of the first things the new owners identified was that there was no pathway for the development of professional players in this country. The Phoenix relied on players being developed outside the Club and coming through as finished products, or by buying comparatively expensive overseas players to fill its A-League playing roster. When new Head Coach Ernie Merrick joined the Club in May 2013, he built further on this setting the challenge for a comprehensive, 12 month, 40+ game a season youth development programme if we were going to develop the very best football talent. He wanted a programme that faciliated a progression through the Club’s structure – all teams had to play in the same way, with the same philopsophy, so that players could move seamlessly between teams so much so that when young players came through to train with the first team they were assimilated easily. The challenge was out and we had to work out how to meet it.

Academies are expensive and time consuming to start up, and for a small Club like ourselves, this can make the whole exercise impossible.

Luckily for us we had a savour! In mid-2013, Ricki Herbert arranged for me to meet Andy Smith at Christchurch airport for a brief meeting. Andy, along with his wife Jane, were running Asia Pacific Football Academy – widely regarded as one of, if not the best, private football Academy in New Zealand. Andy was very keen to establish a working relationship with us because, as he put it, we were the only natural pathway for elite players who wanted to be professional football players.

Long story short, what started from that first meeting eventually evolved to the entire APFA Academy moving from Christchurch to Wellington in 2014. What this gave us was an immediate economy of scale and also a huge amount of intellectual property – the existing APFA players, structures, processes and even coaches all made the move, while Andy continued on as a strategic consultant and Jane managed the administration and pastoral care of all the players.

When contemplating the move of APFA to Wellington, we identified that a base for the Academy would be crucial. Because of the age of the players in the Academy, it had to be a school or schools to enable the players to maintain their education while at the same time being able to participate in the intensive football training sessions.

My very first meeting was with Scots College Headmaster Graeme Yule, and I was struck by how excited and open he was to the project in that very first meeting. Subsequent to that meeting I met with pretty much every boys school in the Wellington region and while we went down a number of possible pathways, Graeme’s enthusiasm, flexibility and willingness to work with us – as well as Scots’ exceptional academic record – is what convinced us that they would make the best partner.

Given Scot’s College private school status, it was also important that we had other options for students who preferred State schooling – and again, willingness to be part of the programme and could see the vision, was crucial. St Patrick’s Kilbirnie and Rongotai College were selected as meeting that criteria.

Scots College, along with St Patrick’s Wellington and Rongotai College were officially announced as the school partners for the Academy in 2014, and we were up and running.

Since then we have built on the Academy foundation. 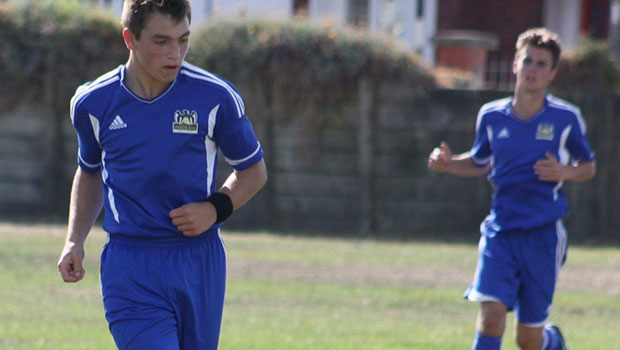 In November 2014, we announced our very first Wellington Phoenix Soccer School. Coaches Leigh Kenyon and Hiroshi Miyazawa, formerly of Wynton Rufer’s WYNRS Academy, were looking for a new opportunity. WYNRS, along with APFA, have been extraordinarily successful in developing some of the best football talent in New Zealand. Based in Auckland, by a happy coincidence, we were looking at building a beachhead in the country’s largest metro  – by sheer numbers alone there are a number of very talented footballers living there, but also it is important for us as a Club commercially to have a solid base in the Auckland market.

The Wellington Phoenix Soccer School ticks both those boxes for us.

In the summer of 2014 we participated, as the Wellington Phoenix, in our first ever season of the ASB Premiership. This summer competition is crucial to giving the very best of our Academy players, along with professional players needing additional game tie, a vehicle to continue their development. It is part of Ernie’s philosophy that young players need to be playing at the highest possible level and that is where we play these young players. Last season, the average age of our players in the ASB Premiership was 17 years!

Coached expertly by Andy Hedge and Valerio Raccuglia, the young boys performed exceptionally well – with a won 7 lost 9 record, including a memorable 3-1 away win over Auckland City FC, the team exceeded expectations in its first year. We always knew there was going to be a learning process, and we go into this next ASBP season knowing a lot more. But the fact that a very young team was playing against adults and maintaining their own was justifying the programme we had put in place.

The Phoenix matches were also the highest attended of any in the ASB Premiership last season. There is a very real interest nationally in the players that are coming through the programme, and of course ‘brand Phoenix’.

Earlier on this year we took a very young team to the Hong Kong Football Sevens Tournament. Selected primary from Academy players with a few professionals thrown in for balance, the boys performed exceptionally well –  only being knocked out in the semi-final by golden goal extra time by eventual winners Atletico Madrid. Along the way they beat English Premier League side Aston Villa 4-1. Comments very extremely positive – besides their play, the character of the players was widely praised.

We announced in August this year the inaugural Winston Reid Wellington Phoenix Football Academy Scholarship. In conjunction with Scots College, the Winston Reid Scholarship is intended to give the very best footballers whom might not otherwise have the chance due to finances, to live in Wellington, attend Scots College and participate in the Academy full time. 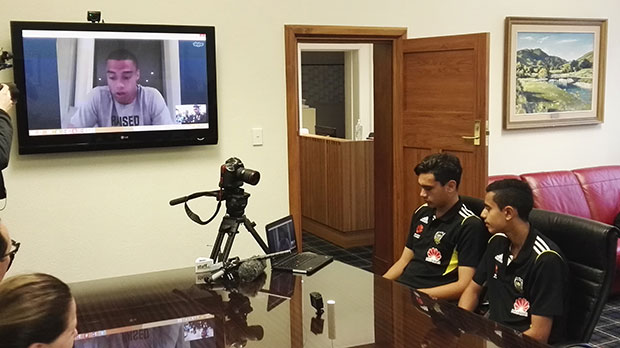 The first two recipients – Sapreet Singh and Max Mata – both from the Soccer School in Auckland – are extremely exciting young football players. The Scholarship is quite clear in that both football ability and character are important – and both are quality individuals who will do Winston and the Phoenix proud.

At the beginning of the year we announced our winter club association with Wellington United. In order to meet Ernie’s desire for a 12 month integrated programme, a winter club is essential. The constitution of Capital Football means that we couldn’t just drop a team into the local competition without starting at the very bottom – it would take us 14 years to work our way from the bottom to the top of Capital Football’s competition! This would not be ideal under Ernie’s grand plan to have competitive football!

After discussions with a few Clubs, Wellington United was selected as the winter club because of a willingness to partner, but also because logistically with Newtown Park (home of Wellington United) being the training base for the first team, logistically it made sense. Our coaches, medical team and football facilities are already on site and present – the synergies were just too strong to ignore. 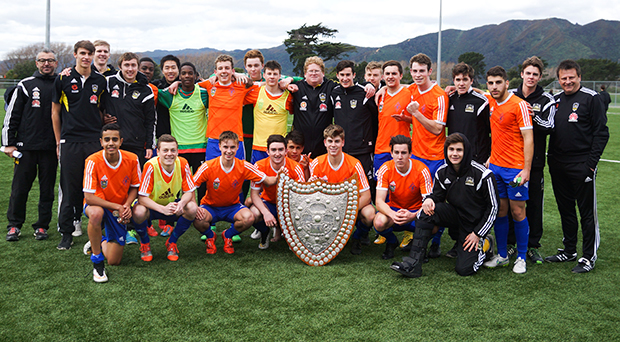 After a regular season of won 15, drawn 2 lost 1, goals for 80, goals against 26, the Wellington United Capital Premier side progressed through to a play-off against Team Taranaki. A 2-0 away win (two goals to James McGarry) in New Plymouth was followed up by a 3-1 home win at Petone (goals to Logan Rogerson and Ruairi Cahill-Fleury) to see the team win promotion back to the highest local competition for season 2016. The winter programme was a great success – our players had good, hard competitive games, we had seen which players showed promise and could fit it with older, experienced players and we built a winter programme that ticked the boxes for the number of games required in a year.

This year in summer 2015, not only will we have the ASB Premiership side, but we will have a team in the ASB Youth competition. Coached by our very experienced and knowledgeable WPFA Head Coach Jess Ibrom, this will allow our Academy youth players to be tested against the very best in New Zealand. While for most franchises the ASB Youth is an under 20 competition, for us we will run it as an under 17 team.

This month we announced the first two Academy graduates to be signed to professional contracts. If there was ever any doubt that there is a pathway through the Academy to a professional football contract then this dispels it! Outstanding young players James McGarry and Logan Rogerson, both 17, both stand outs in the winter and summer competitions, were rewarded with professional contracts and Head Coach Ernie Merrick was effusive in his praise for the young prospects. James has spent almost his entire teenage life in the programme – three years at APFA in Christchurch before making the move to Wellington. Logan joined us later as part of the Academy-Football School of Excellence finishing school – Ernie scouting him at the same U17 World Cup qualifying tournament in Samoa where we found Max Mata.

Ernie has been categorical in stating that both young professionals will have game time in the A-League this year.

So in the two years since that very first meeting with Andy Smith at Christchurch airport, the Academy now has four teams, 35+ students (both domestic and international), has teams in the local Central League, ASB Youth and ASB Premiership, as well as playing a number of games a year against local opposition and has produced the first two fully professional players.

There are currently plans to expand the entire Youth Development programme – more soccer schools around the country, a Women’s Academy, more teams playing in more competitions, and more internationals in our programmes.

We have a very solid development programme in place – about two years ahead of where the other Australian A-League Clubs are at. Where the other Clubs are struggling to get teams into winter competitions, our very good working relationship with Richard Reid and Capital Football and with New Zealand Football with the national and youth leagues has meant we have a very strong annual programme of competitive football. 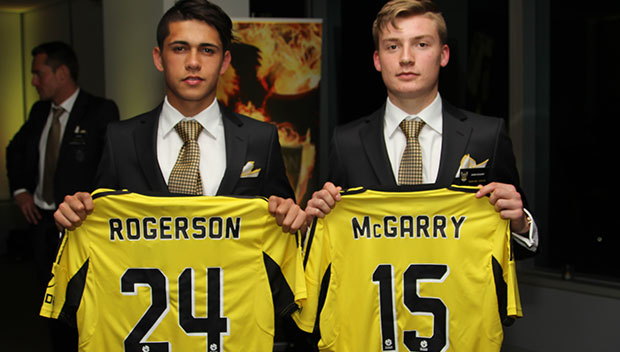 James McGarry and Logan Rogerson are the very first two players to get professional contracts out of the Academy. But there are more in there – we have players in the Academy who will be professionals of that there is no doubt. Because of the hard work and good will of a number of people, the structures are now in place for the young football youth in New Zealand to become full time professional players.

The future of football is here, in Wellington, now!