TICKETS: Get your tickets for Wellington Phoenix vs Western Sydney Wanderers

JOIN THE FAMILY: Purchase your Half Season Membership

This E-League 2020 Season will take on an exciting new format this year, transitioning from 10 weekly episodes to instead be three live events with crowds. Match day one (Round 1-6) and match day two (Rounds 7-11) will take place on 15 February and March 7th respectively at ESL Studios in Sydney – with the Finals Series taking place at Fortress Melbourne on May 9th 2020.

This year will now see two players representing clubs in the competition, as opposed to three players per club last season. And in an exiting move for New Zealanders, the E-League has allowed Kiwi players to enter for the first time since 2017.

Representing the Nix for E-League 2020 Season will be Campbell Knowles (Airbrn_), taking control of the XBOX One console and Harry Blackmore (Honey Badger) on Playstation.

Both players are the best on their respective consoles in the country, after winning the NZ Football FIFA 19 National Championships at the LPL Studios inside Auckland’s Sky Tower in March of last year – which qualified them for the FIFA e-Nations Cup 2019 in London. Both players eventually ended up between 9-16th in the e-Nations Cup competition.

Harry (Honey Badger) is a regular FIFA Top 50 player in the world, often cracking the top 10 on a monthly basis and is highly accomplished within the e-Sports world. At the FIFA e-World Cup in 2018, the England-born player finished in 5th place – propelling him to the world stage – and prior to the FIFA e-World Cup, Harry finished in the top 16 of the FIFA Global Series Playoffs in Amsterdam.

Having signed for the Wellington Phoenix for the upcoming E-League season, Harry is excited to be partnering with his fellow countryman, Campbell once again.

”It’s really exciting to represent Wellington Phoenix for the E-League 2020 Season and to be representing New Zealand alongside Campbell is going to be very enjoyable.

Campbell (Airbrn_), 20, is a top player in FIFA on the XBOX and having begun his E-Sports career in 2017, is one to watch out for this season. The Kiwi-born player came fourth in the FUT Championship 2017 and finished 9-16th in the FIFA e-Nations Cup 2019 in London.

Campbell is looking to take it to the Australian competition and can’t wait to get started.

”I am looking forward to teaming up with Harry once more and taking on the Australian competition will be fantastic. There is plenty of talent within this competition so it’s going to be tough but we want to make our mark on this E-League Season.” 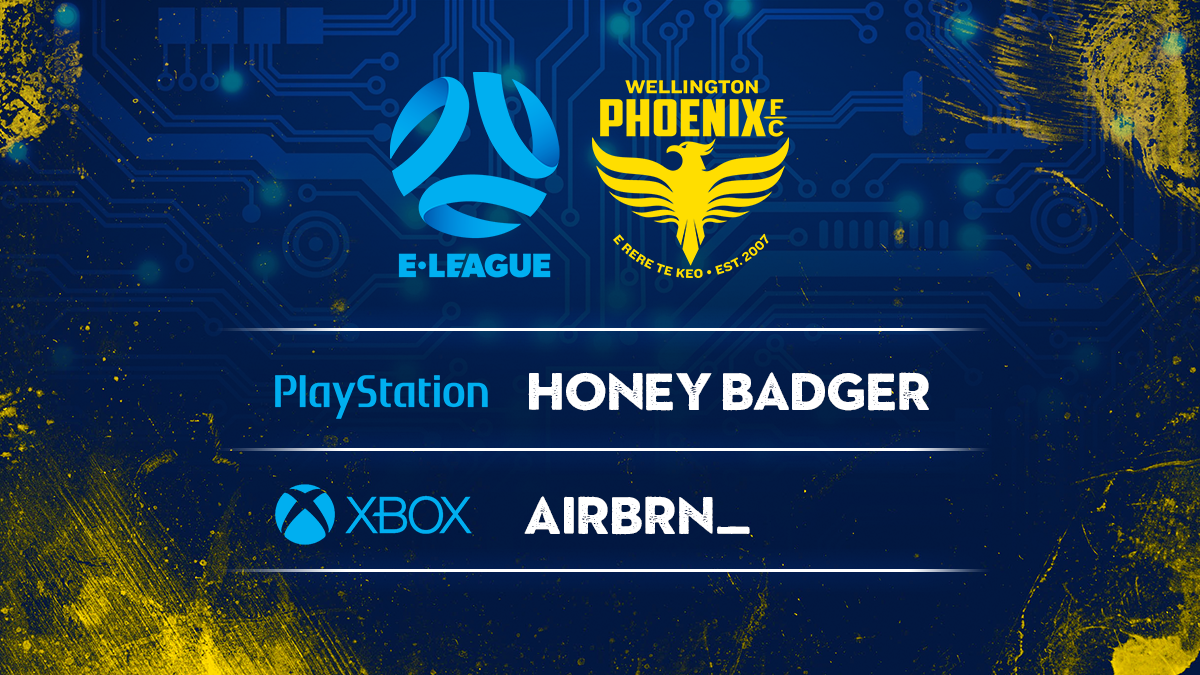 The E-League will kick-off on Saturday 15th February 2020 as part of three live events in the new format and is part of the EA SPORTS FIFA 20 Global Series calendar.