Wellington Phoenix coach Ernie Merrick could find only one positive after watching his side fall to a third straight loss in the Hyundai A-League.

Melbourne Victory’s 4-1 win in Wellington was highlighted by excellent performances from attackers Kosta Barbarouses and Gui Finkler, both of who have signed for the Phoenix for next year and beyond.

“The only positive was the two players who ripped us apart are our players next year and that’s terrific,” said Merrick afterwards.

“Barbarouses isolates players one on one. He’s got the speed and technical dribbling ability to beat any player in the league. He sets up goals and he scores goals.” 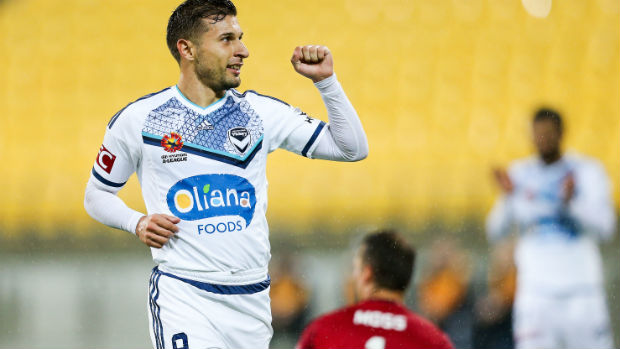 “Finkler just runs the whole midfield. His work-rate is end-to-end. He never seems to break into a sweat; it’s just a continual pace that he’s got. Every first touch takes him into space, he rarely gets tackled and his vision and quality of passing forward through accuracy and weighting on the ball is the best in the league,” said Merrick.

Apart from a glimpse into what he hopes will be a brighter future, there was little for Merrick to enthuse about after a game in which his side was very much second-best.

“It was a really flat performance,” he said.

“Two goals in 20 minutes made life very difficult for us. Victory looked really sharp and were knocking the ball around.

When they went down to ten players, we should have taken advantage of that. At half-time, I said, “Anyone on a yellow, don’t get involved, especially you Albert (Riera)” and he went out and got a (second) yellow card. I was really disappointed by that. He let us all down really.” 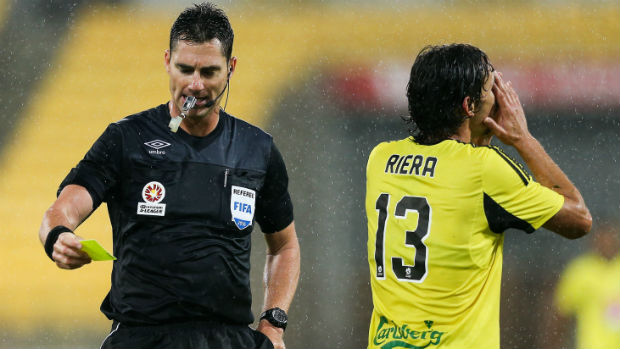 Besart Berisha saw red ten minutes before the break after kicking out at Phoenix skipper Andrew Durante as the Albanian lay on the ground receiving treatment for a head knock.

“I didn’t see it to be honest,” said Merrick.

“Dura said he (told Berisha) he’d made his point and he gave him his hand to help him up. It was a gesture. He just reached out with his hand – that’s all he did – and he kicked out at him.”

“I thought it was a bit rough to be a red card. Maybe it was a yellow card but I didn’t think he deserved to get sent off.” 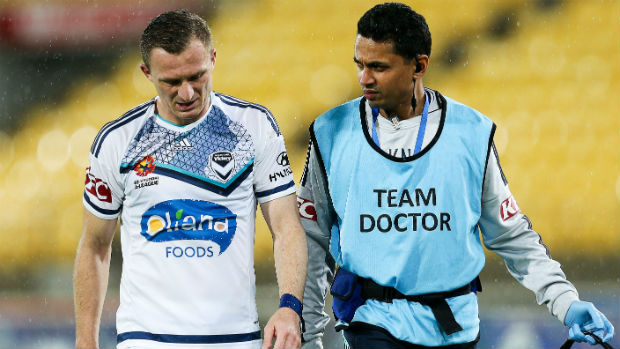 A late penalty miss by Michael McGlinchey summed up what has been a wretched season for the Phoenix.

“We should have scored that and it would have been a really exciting last eight minutes. But the penalty went wayward, as has our season,” said Merrick.

The Phoenix conclude their 2015/16 campaign at home to Western Sydney Wanderers next Sunday.