The home side struck twice in the first quarter-hour and defended stoutly for large periods to grind out three points for just the sixth time this Hyundai A-League season.

“The pleasing thing was everyone did their jobs,” said Merrick.

Phoenix breeze past City in Wellington

“We scored two good goals from open play and defended when we had to. All in all, Glen Moss made one crucial one-on-one save but other than that I don’t think he had much to do.” 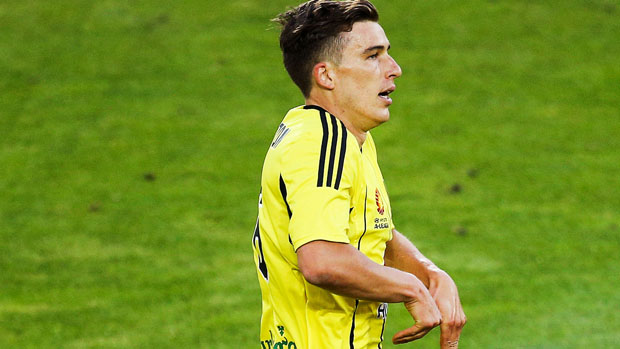 “I was just really impressed today with the structure. The backline was rock solid. Manny Muscat had one of the best games he’s had in a long time. We had eleven players up for it and the two goals we scored were good goals. All in all, it was a tough game with our backs to the wall and everyone did a really good job,” he said.

With Hamish Watson suspended and Roy Krishna and Blake Powell injured, Merrick started with an unconventional front two of Louis Fenton and Matthew Ridenton, who responded by both netting goals.

“Having known the players for a while, they’re pretty attacking minded – they’re virtually attacking midfielders. Young Ridenton has been surprising us at training with what he can do in various positions,” said Merrick.

“It’s important to get the ball in early behind the last defender low and hard. The service from Mikey McGlinchey and Roly Bonevacia was just perfect and it was good to see the balls go in from there.”

At the other end, Merrick handed specific defensive assignments to two players.

“We knew their most dangerous player was (Bruno) Fornaroli, so we had Dylan (Fox) marking him and we stuck Alex Rodriguez on (Aaron) Mooy. They both did a great job,” he said.

On the occasion of captain Andrew Durante’s 200th game for the Phoenix, Merrick revealed the milestone played a role in his side’s motivation, but wasn’t the only factor.

“They were buoyed by that tremendous win against the Wanderers and really disappointed with the last game against Newcastle. Playing in front of their home crowd, they really wanted to impress and show they could win under any circumstances. That was for Dura and for the crowd.”

“We’ve now beaten every side in the top five. They knew they could do it and they did it.”