The Wanderers’ 2-0 win over Merrick’s Phoenix in Wellington secured them second place on the Hyundai A-League ladder and with it, a week off and home advantage for a semi-final in a fortnight.

“They’ll go well.  I’m tipping they’ll make the final with Melbourne Victory or someone like that. That was a tough game for them to come over here. We were up for it with (farewelling) Ben and Manny.” 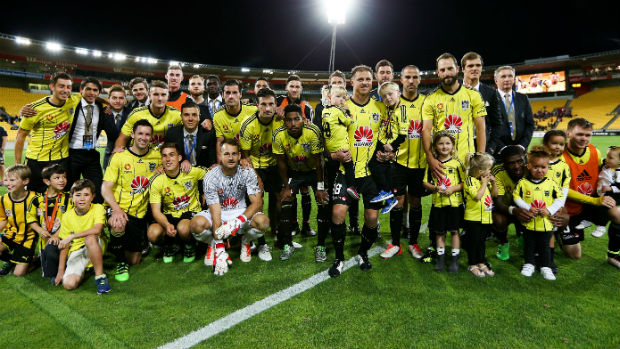 “It comes down to which squad has (the most) first eleven players fresh, not too injured, not suspended and have the right mind-set and momentum going into the finals. Anyone in the finals has got to be up for it. You can’t carry players. You’ve got to have eleven players on the pitch that are all switched on.”

“Knowing Tony Popovic the way I do, he seems to have those boys primed and ready to go. He’s a got a good win (tonight) against the run of play, so I think they’ll do well,” said Merrick.

Rather than reflect on his own side’s disappointing season, Merrick preferred instead to look ahead to the 2016/17 A-League campaign.

“We’ve learned a lot this season. We’ve discovered some players who had a lot more in them than what we thought.”

“I’ve got to make sure I fix a couple of things and sign the right players and I think we’re going to have a really strong side next year,” he said.