Wellington Phoenix coach Ernie Merrick has called for detailed audits of all ten clubs in the wake of the Perth Glory salary cap scandal.

Having challenged for the title throughout the season, the joint leaders from Western Australia will be excluded from the 2014-15 finals after being deemed to have exceeded the Hyundai A-League’s player wage and payment limits.
Speaking after a 0-0 draw away to Melbourne City on Sunday, two-time championship-winning coach Merrick was quizzed on what can be done to improve the salary cap system moving forward.
WRAP: Melbourne City FC 0 Wellington Phoenix  0
“I think I’ll stick to coaching, looking after the team and the way we play,” he said.
“The one thing I’d say is there’s been a very detailed investigation into one club. I think there should be, on a regular basis, all clubs should be covered over a two or three-year period so that there’s a detailed investigation in all clubs, not just one.
“But if anyone breaks the rules, they’ll pay a price.”
Pressed on what changes he’d like to see made to the cap structure, the former Melbourne Victory coach said: “I’ll leave that to the FFA, they’re doing a fine job.”
The Phoenix are fifth on the table with two rounds remaining, level on points with Adelaide United and just one point back from leaders Melbourne Victory and second-placed Sydney FC.
Should the Big V slip up in their game in hand away to Brisbane Roar on Wednesday, the New Zealand side appear to have as good a chance as any team of lifting the Premier’s Plate for the first time in their history.
Merrick though insists his side are still refusing to specifically target silverware, despite their impressive performances this season.
“I wouldn’t set a target, an objective of an outcome like that,” he said. 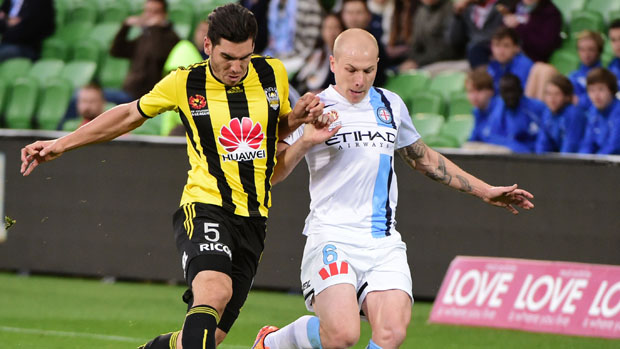 “We’ve been really focused on how we play, what we need to do to be very competitive. The targets we’ve set the boys are more along processes.
“The roles of the midfield, the frontline and the backline … the challenges that we’re setting each other are … in line with that we’re trying to achieve.
“We wanted to be top six at the beginning of the year, now we’re top four. You never know, we might be top two with two games to go.”
Next up for Phoenix is a home match against the Central Coast Mariners on Friday night.