Maclaren strikes late as Roar down Phoenix in Cairns

Brisbane Roar earned a first win in four matches by coming from behind to beat Wellington Phoenix 2-1 at Cazalys Stadium in Cairns on Saturday.

Roy Krishna opened the scoring with a well-taken suckerpunch on the stroke of half-time, but Roar regrouped late to snatch all three points through Steve Lustica and Jamie Maclaren.

Lustica levelled matters in the 71st minute when he linked with fellow substitute Jean Carlos Solorzano, before Maclaren’s sixth of the season sealed a much-needed victory for John Aloisi’s side.

1-0 Roy Krishna (45’+1) – Afforded space to operate in the area, Krishna skilfully twisted away from Jack Hingert and clinically fired low inside Jamie Young’s near post. 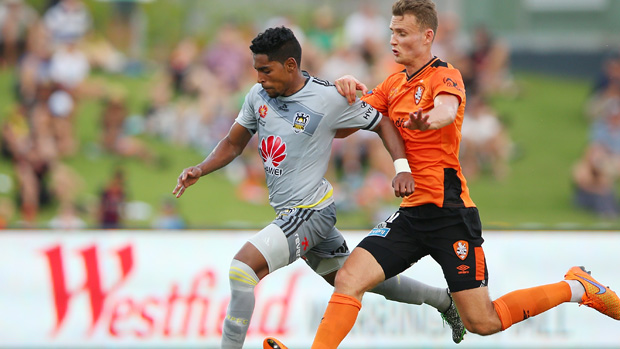 1-1 – Steve Lustica (71’) –Solorzano’s clever movement in behind was matched by his smarts in picking out the well-timed run of Lustica, who rifled home the finish first-time.

2-1 – Jamie Maclaren (86’) – Foiled so often by Glen Moss, Maclaren finally earned reward for persistency with a fortunate ricochet allowing the Roar poacher to slide the winner into an empty net.

While Brisbane’s own raft of wasted opportunities cost them a chance at three points, it was the failure of Roly Bonevacia to kill the contest which kept the door ajar for a Roar recovery.

The Phoenix star strode seemingly clean through on goal within five minutes of the restart but slowed into the area, allowing Jade North to recover and toe the ball away in a fine last-ditch challenge.

Glen Moss was eventually beaten by Jamie Maclaren but for much of the match consigned the striker to frustration – no more prominently than in the 74th minute.

Maclaren was found intelligently by a Lustica flick-on to have space for a potentially matchwinning one-on-one, only to be superbly denied by the outstretched legs of the onrushing Kiwi shot-stopper. 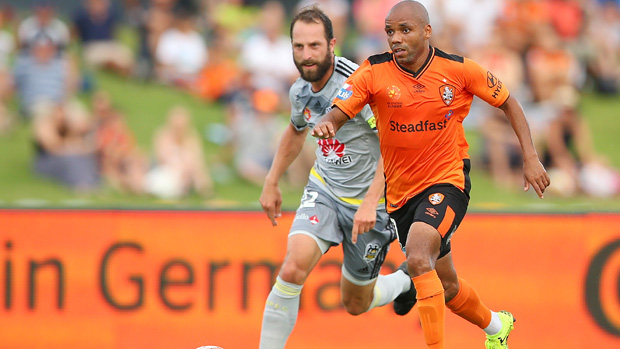 Steven Lustica’s goalscoring impact off the bench will surely move him up the pecking order for selection as a lack of punch from midfield increases the load on Jamie Maclaren’s shoulders.

Roy Krishna’s fifth goal of the season looked set to lead Ernie Merrick’s men into third until Roar shed their goalscoring funk in the final 20 minutes.

Goals from Steven Lustica and Jamie Maclaren ended a record of just four goals in five games for the Queensland side, who momentarily recapture second spot.

The defeat is only Wellington’s second in six matches, meaning a return home to meet Sydney FC next Saturday still promises plenty.