A goal and assist from former Socceroo David Carney has handed the Newcastle Jets a hard-earned 2-1 win against Wellington Phoenix at Westpac Stadium on Sunday evening.

Carney opened the scoring on the half-hour mark with a rare header, only for the Jets to concede an own-goal via a shot from Roly Bonevacia on the cusp of half-time.

Roy Krishna squandered a second-half penalty which was saved by Jets’ goalkeeper Mark Birighitti, before striker Milos Trifunovic grabbed a goal on debut which proved to be the winner.

The Jets, who had only won one of their last 13 matches in New Zealand, were forced to defend with 10-men for the last 15 minutes after skipper Nigel Boogaard was sent-off for a second yellow card but they hung on to claim a valuable three points. 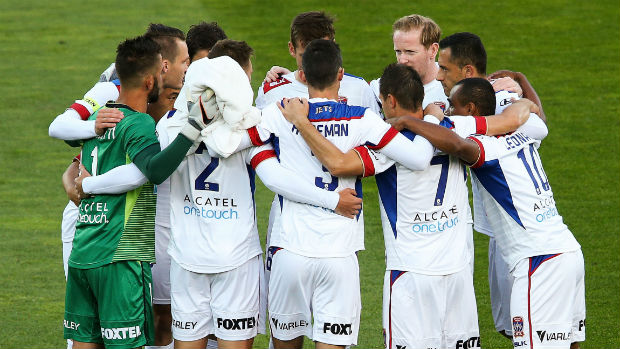 0-1 David Carney (30’) – Defender Lee Ki-Je managed to create some space for himself on the left flank, whipping in a left-footed cross that found Carney unmarked at the near past, the previously outcast star guiding his header inside the far post to open the scoring.

1-1 Lee Ki-Je og (45+2’) Michael McGlinchey made a break down the left in the shadows of half-time, firing the ball across the face of goal. Dutchman Roly Bonevacia powered forward from midfield to hit the cross first-time, with his skewed shot taking a deflection off Jets defender Lee Ki-Je before finding the back of the net.

1-2 Milos Trifunovic (70’) The Wellington defence was carved open when David Carney picked out Trifunovic with a pin-point left-footed cross. The Serbian striker raced onto the ball and bundled it over the line to shock the home fans.

With the scores locked at 1-1 the Phoenix were awarded a penalty just after the interval when Blake Powell was fouled in the box by Daniel Mullen. Striker Roy Krishna stepped up for the home side but Birighitti guessed the right way, diving low to his left to make the save as Wellington’s wobbles from the spot last season continued.

Wellington Phoenix have only won one of their previous eight Hyundai A-League season openers (W1 D4 L3) and unfortunately for Nix fans at the Cake Tin the trend continued to complete Round 1.

Wellington captain Andrew Durante was withdrawn inside the opening half-hour after he picked up a calf-injury. The centre back battled on after receiving an early knock but was clearly not right, Tom Doyle replacing his skipper in a re-jigged defensive line. The change clearly exposed some frailties at the back with the Jets opening the scoring soon after.

Having only won three games all last season the Jets made the best possible start to life under Scott Miller, defying their Wellington hoodoo in the 34-year-old’s first match at the helm. Wellington searched desperately for a second equaliser in the closing stages against 10-men but were left to rue their missed penalty as the Jets hung on to bank all three points. 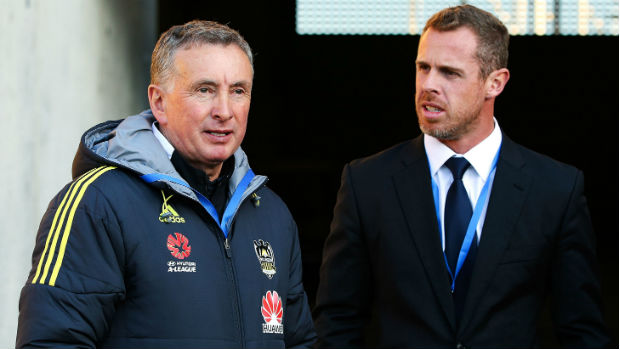