Danish striker Morten Nordstrand was the hero with a second-half brace as Newcastle Jets saw off Wellington Phoenix to win 3-2 at Hunter Stadium on Saturday afternoon.

The Jets’ mid-season signing was the difference, smashing a superb brace in the second half after Phoenix had twice lead.

A day after the club’s Hyundai A-League licence was extended by 10 years, Phoenix striker Hamish Watson was set to write his own headlines with two first half goals, but he sullied his impact with a second half red card.

The Jets took the lead shortly after to register a precious three points. 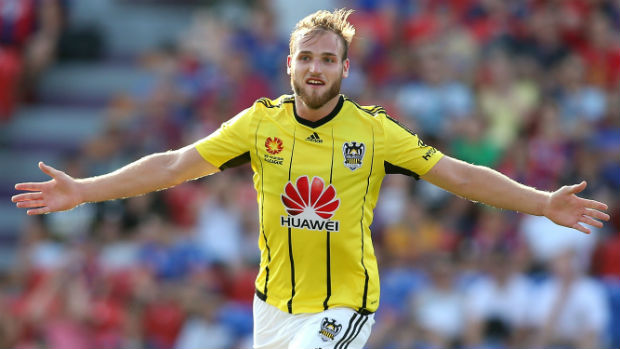 A corner skied off Mullen’s head to Watson at the far post who calmly collected the ball and slotted past Birighitti for his first A-League goal.

An own goal to Phoenix skipper after Leonardo’s brilliant burst through and ball in behind the Phoenix defence found Alivodic who’s cross was turned into his own goal by Durante.

Roly Bonevacia’s slide-rule ball through found Powell and as Birighitti advanced, the ball spilled loose in the box, it fell perfectly for Watson who swept it home to give the visitors the lead for a second time.

Leonardo poked a ball through to the Dane and his exquisite right footed strike curled past Moss. 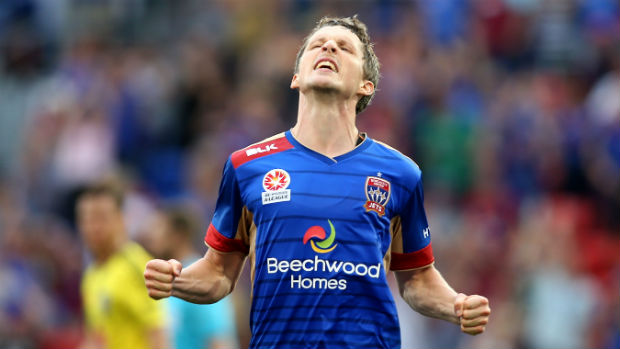 Found on the left wing, his interplay with Alivodic in the box opened up the space and his burst through and shot was too good for Moss. 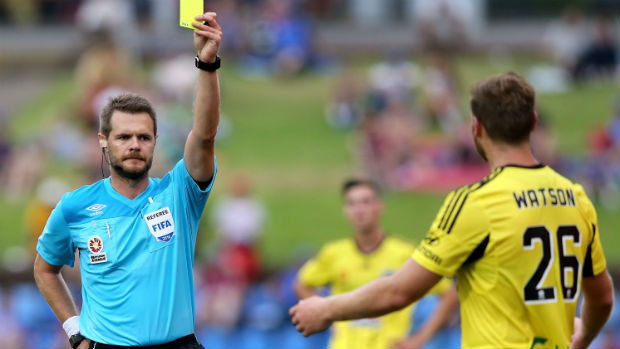 Glen Moss’s fabulous save in 44th minute kept out the Jets on the stroke of halftime after Alivodic found the lively Leonardo. Likewise Birighitti’s second-half save low down to his left was equally good.

The Jets’ mini-revival continues while Phoenix couldn’t cap a sensational week with another win.

Phoenix now head home to face City on Friday night with a big crowd expected, while the Jets take the journey down the F3 to face local rivals the Mariners on Sunday.