Following Football Federation Australia’s (FFA’s) announcement regarding the draw for the remainder of the 2019/20 season, the Wellington Phoenix can confirm they will play the following six matches from 17 July 2020 onwards.

READ: Vote For Your Goal Of The Season So Far!

Venues stated above are subject to change due to the changing Covid-19 landscape.

Following this, the top six Finals Series will begin on Friday 15 August with the Grand Final scheduled for Sunday 23 August.

All Wellington Phoenix matches will be broadcast live on Sky TV, with the club also planning a series of Wellington-based fan events in partnership with Kapura to coincide with the matches being played. Details on these fan events will be released shortly.

Wellington Phoenix General Manager, David Dome, says that while the schedule presents a few challenges, he’s confident the club and players will rise to the challenge.

“As one of the few teams with six matches remaining – and to be asked to play six games in 24 days – it’s a tough ask for our players.

“In saying that, the players are up for the challenge and can’t wait to get started; there’s a genuine level of excitement in our camp around what the club can achieve this season.”

The Phoenix currently sits third on the Hyundai A-League ladder with 36 points (11 wins, 3 draws and six losses) in 20 matches, with six matches left to play. 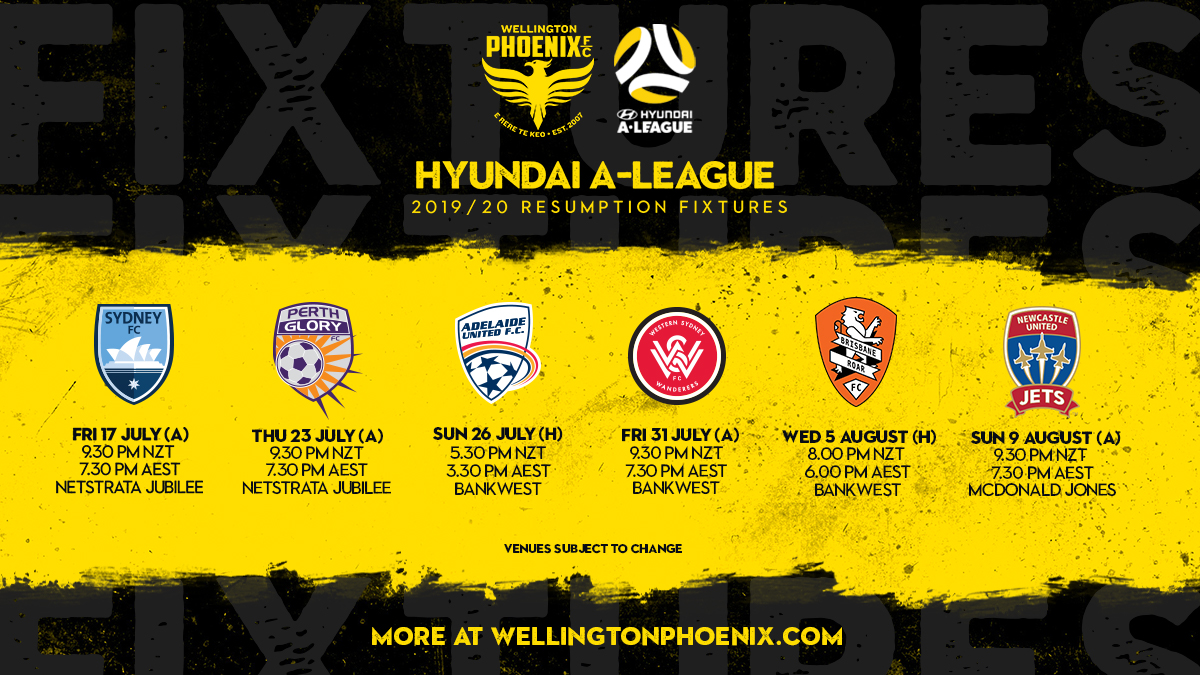