Wellington, in freefall and running out of time to save their season, won’t find the Wanderers in a charitable mood with the Premiership on their minds at Wanderland.

Join the conversation on Twitter using the hash-tag #WSWvWEL 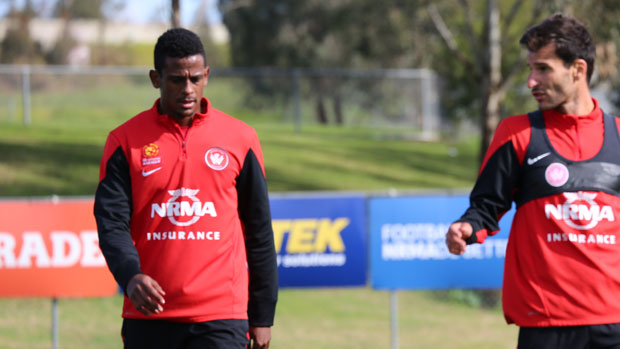 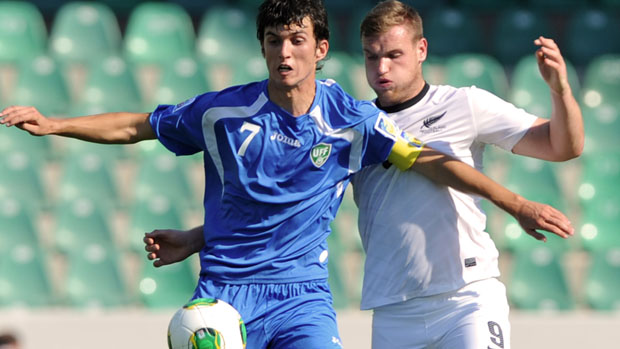 It would appear complacency is the only thing that might stop the Wanderers from getting all three points in this one.

That’s the only conclusion you can draw when you look at both outfits for Sunday’s encounter at Pirtek.

Western Sydney are on top of the league, have a dominant home record against Phoenix and possess a stack of goal threats.

In contrast, Phoenix hasn’t won in their last nine games, have a horror injury toll in the front third and are also starting to leak too many goals.

It all points to an easy win for the Wanderers, who will be happy for the focus to get back to proceedings on the pitch after an eventful week in the aftermath of Saturday’s 1-1 draw with Melbourne Victory.

Phoenix were last-start losers – 1-0 against Perth Glory – and are currently second last but there’s no way coach Ernie Merrick will give up hope on the finals.

But time is fast running out to make their run. 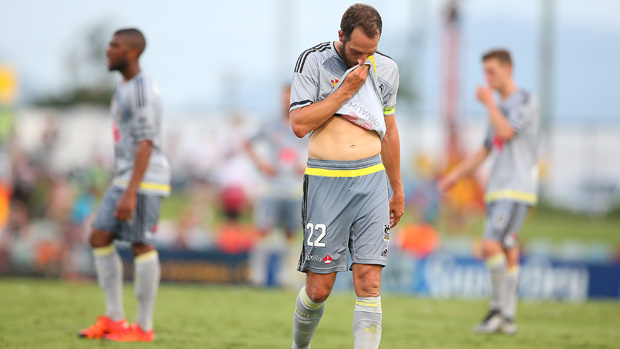 Tony Popovic has some decisions to make, especially in midfield.

All three of his Spanish imports out for this clash and it will be interesting to see who he gets to partner Kearyn Baccus in the holding midfield roles, although Jacob Pepper is the obvious choice with Dimas and Andreu out.

Youngster Jonathan Aspropotamitis is set to deputise for the suspended Alberto.

Albert Riera will come straight back into the Nix midfield after serving a suspension last weekend, while injury replacement signing Hamish Watson has been included in an extended squad.

Alex Jones’ loan deal from Birmingham City has yet to be approved by FIFA, so we’ll have to wait a little longer to see his talents.

It will be interesting to see how the absence of Dimas and Andreu affects Wanderers’ attacking game.

The pair has been excellent at controlling the tempo of the match and pulling the strings in the middle of the park.

If the Wanderers don’t dominate in that area like they usually do, it might affect the impact of the likes of Nichols, Bridge and Castelen. 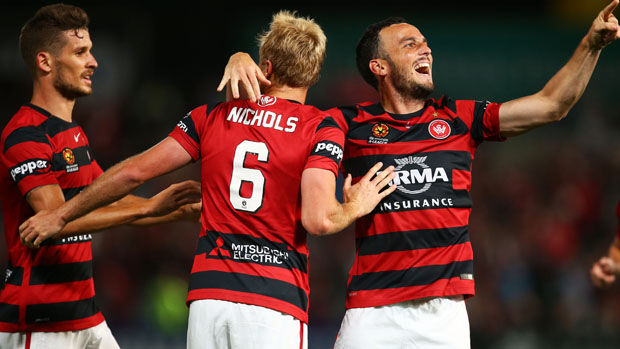 Should proceedings require a game-changer, Popovic always has the luxury of throwing on Santalab.

The striker is in a rich vein of form and just the player opposition defences hate to see come off the bench in the closing stages.

Phoenix continues to struggle in front of goal, never more evident than in the 1-0 defeat to Perth last weekend.

Merrick’s men got into a host of good areas in and around the box but the finishing touch was seriously lacking.

With so many injuries, a lot has fallen on the shoulders of Bonevacia. That’s a lot of pressure for the Dutchman to cope with.

The Wanderers will know if they can stifle Bonevacia, they can potentially nullify Wellington.

Brendon Santalab. Is Santa the Hyundai A-League’s best super sub? On current form the answer is a resounding ‘yes’ with three goals off the bench in each of the last three games and a new two-year deal to boot. You wouldn’t rule him out adding a fourth against the out-of-sorts Phoenix.