​It’s not only the Premiership race which is heating up but there’s also a huge battle brewing for the Golden Boot over the last seven rounds.

But who will finish on top after the next seven games?

On form you can’t go past the Sky Blues ‘Austrian Ibrahimovic’ Janko.

The towering striker is the hottest scorer in the Hyundai A-League right now, with nine goals in his last six games. 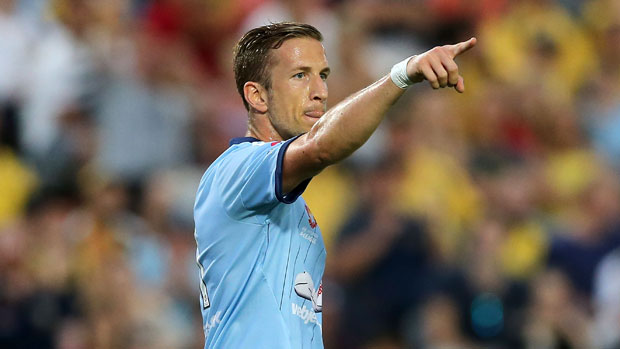 He is on the brink of creating history against Brisbane this weekend, if he can score he will be the first-ever player to find the back of the net in seven consecutive matches.

With Sydney playing four sides below them in the last seven, you would expect Janko to get three or four more before the finals.

If anyone is likely to catch and overtake Janko it’s likely to be Burns.

After a lean patch in front of goal after the Asian Cup, the 26-year-old has netted in the last two games to sit right on the Sydney FC attacker’s tail.

While rival teams have targeted Burns over the last month or so, his speed and ability to get in behind defences means he is always likely to get opportunities.

Phoenix play four of their last five matches on home soil where Burns loves to play, so you would think he will be amongst the goals on the run-in.

It might not be enough to chase down Janko though.

Of the other contenders, Keogh looks to have the best chance to have a say in the destination of the golden-boot trophy. 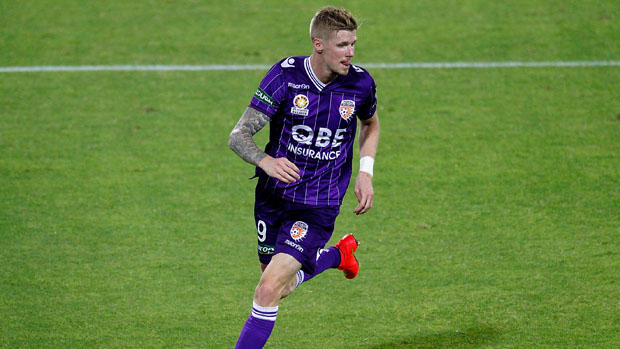 After this weekend’s top-of-the-table clash against Phoenix, five of Glory’s last six games are against sides outside the top six.

You would expect Glory to dominate those matches and if they can provide their striker with the chances, the Irishman will cash-in.

Expect Keogh to make a challenge over the next month, providing Kenny Lowe’s side can snap their win-less run.

And don’t write off Berisha either. Not only has the prolific – and often fiery – Albanian finished at the top of the scorers charts before but he is playing in a Victory side which always look to attack. 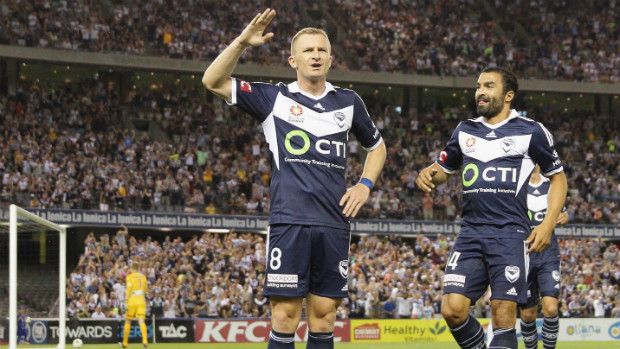 Kevin Muscat’s side also has a game in hand on their rivals giving Berisha an extra opportunity to make a dent in the gap between himself and the top of the charts.

Krishna and Henrique have the ability to score goals regularly but are too far back to challenge for the title you’d think.