Harris Excited to be Going Home to Hong Kong for Sevens

The Wellington Phoenix squad for the Citi HKFC Soccer Sevens leaves on Wednesday and no-one is more excited than the youngest member of the team, 16-year-old Calvin Harris.

Harris, whose father Terrence is involved with the hosts, Hong Kong FC, has been a member of the Phoenix Academy for the past two seasons, and is looking forward to going “home”.

“It is an amazing feeling to be selected for the squad to go to Hong Kong,” Harris said.

“It is so special to me because it is where I grew up and where my family still live today.

“I grew up watching the soccer sevens every year since I was 10, and I could only dream about playing in it.

“I would never have thought that six years later that would happen.

“I’m mostly looking forward to being able to play in front of my family and being able to represent the Wellington Phoenix in Hong Kong.”

The team will be coached by Andy Hedge who said everyone was excited to be returning after making the semi-finals last year. 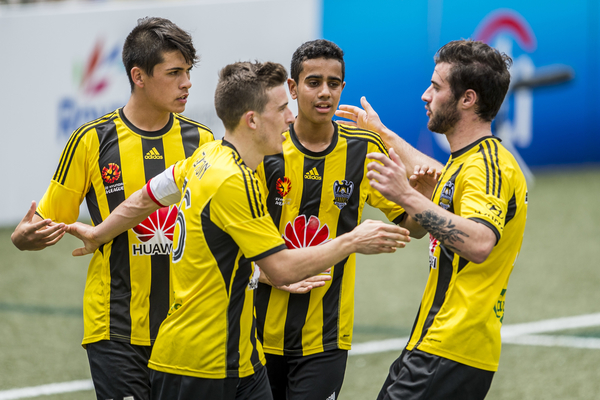 “We have a great mix of young academy players and younger professionals,” Hedge said.

“For us this tournament is about playing international sides, travelling and experiencing different styles of play.”

Saturday 21 May (All Matches NZT)