Following the media release from Football Australia today regarding fixture changes for the month of February in the A-League 2020/21 season, the Wellington Phoenix can confirm the following changes to its matches during this period.

Following these changes, the amended Wellington Phoenix draw for Feb 2021 will now be: 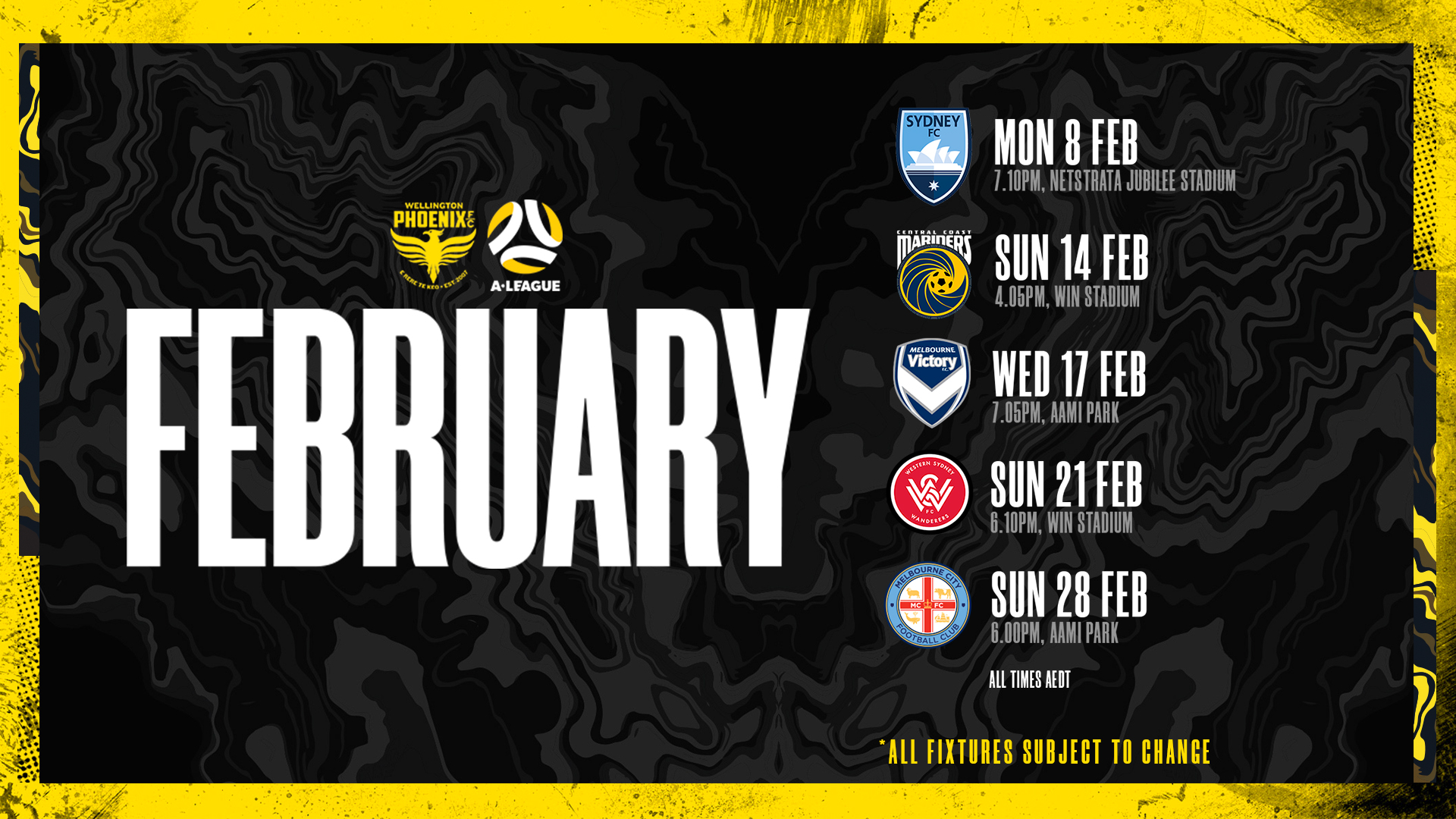