Fired up Phoenix brace for 3 games in 8 days

It’s the eight days that loom as season-defining for Wellington Phoenix with the chance to super-charge their campaign for a spot in the Hyundai A-League top six.

Starting with this Saturday’s clash with Central Coast Mariners, Phoenix have three home matches at Westpac Stadium in the space of eight days – it’s a run that will have a huge bearing on their season.

After the clash with the Mariners the Kiwi outfit has barely 72 hours before the visit of Melbourne Victory in a rescheduled game from Round 7.

Four days later, Brisbane Roar on Saturday night caps off a huge week of football in the Kiwi capital.

Currently in eighth spot on the ladder – four points adrift of the top six – it’s a massive opportunity for the club to make their charge for the Finals Series.

Their recent form has been pretty good, losing just one of their last five matches since new coaches Des Buckingham and Chris Greenacre have been in charge.

“Every day they’re enthusiastic, they’re pushing the boundaries of what we can do,” striker Shane Smeltz said of the new coaching duo.

“I think as players, we know we have to raise in every aspect for this game.

“You can see the table doesn’t lie, we need to improve. But I think they’re certainly pushing that and making sure that in the coming weeks, we’re going to show what we’ve got.”

If Phoenix can win at least two of these next three matches, they could lay the platform for a second half of the season run to the top six.

Helping their cause this week is the fact that they have almost a full squad available, with no serious injury concerns.

Only leading scorer Roy Krishna is unavailable for the Mariners clash through suspension, with midfielder Vince Lia available again after serving a one-game ban last round.

It will also be Smeltz’s first game back in front of the home fans since re-joining the club earlier this month.

“It’s a ground I enjoy playing on and I’m looking forward to playing in front of the home fans again,” the Kiwi great said. 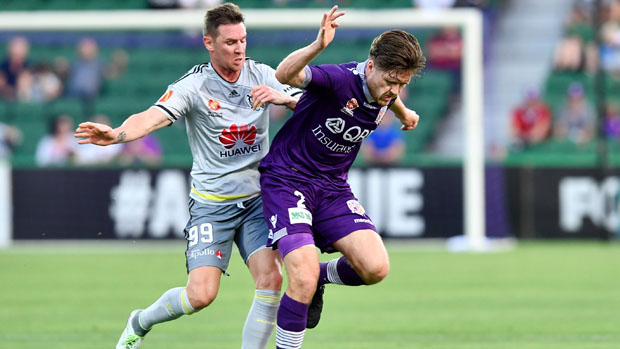 “Normally there’s rotations when you’ve got three games in a week. I don’t think it’s going to be much of a problem. Physically I feel great.”

Wellington has enjoyed their previous clashes against the Mariners so far this season, with two of their three victories coming against Paul Okon’s troops.

The first was a 2-0 triumph in Canberra, while they backed it up with a 3-0 trouncing in Hamilton in the week after Ernie Merrick resigned.

But their previous meeting with Victory Phoenix was on the end of a 6-1 Melbourne Cup Eve drubbing at Etihad Stadium.

Kevin Muscat’s side is also in blistering form, currently on a five-game winning streak sitting comfortably in second spot on the Hyundai A-League ladder.

Wellington’s final clash in their season-defining week comes against Brisbane Roar in what will be the first meeting between the two sides this season.