It’s do or die in Wellington for two teams who come into the Finals Series in erratic form. It all makes for an intriguing Elimination Final as Phoenix and City’s seasons go on the line on Sunday at Westpac Stadium. 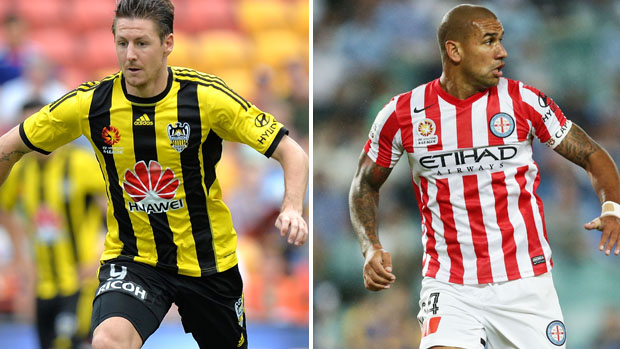 Between them, they’ve won only two of their last ten matches and have scored just four goals each in those games.

It worked though as Melbourne left with a point – far preferable to the 5-1 drubbing they received in Wellington in round eight.

In the absence of any recent form to speak of, both sides will need to rely on confidence and experience, rather than momentum.  Phoenix skipper Andrew Durante and midfielder Michael McGlinchey have championship medals in their collections with their previous clubs and will be looked to for inspiration and guidance in this must-win match.

For the visitors, Erik Paartalu and Massimo Murdocca can provide similar experience from their title-winning exploits with Brisbane Roar. 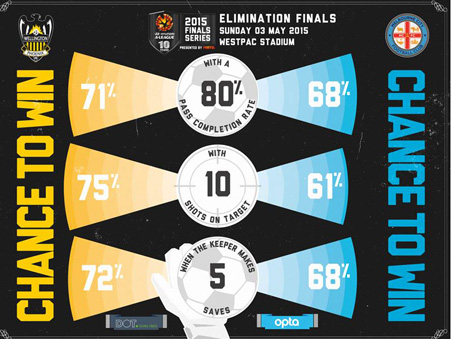 The Phoenix are making their fourth Finals Series appearance, while Melbourne City are involved for just the second time. In their only previous Finals match, City (then Heart) lost 3-0 to Perth Glory in 2011/12, with Shane Smeltz scoring a hat-trick.

Wellington Phoenix haven’t scored in the first half in their last five games and have conceded a goal inside the first 15 minutes in five of their last six matches.

Melbourne City haven’t scored more than once in any of their last six games.

Melbourne City’s sole win against the Phoenix in New Zealand was the 5-0 victory they achieved in round 19 last season. It remains the heaviest home loss in Phoenix history.

Goals have been hard to find recently for the previously free-scoring Phoenix. In the past five games they’ve scored just four, three of those in one game.

Top scorer Nathan Burns hasn’t netted in those five matches, but remains the most obvious source of goals and will need to be carefully marshalled.

Dutchman Roly Bonevacia can also unleash from distance, either in dead-ball situations or from general play.

Melbourne City have had an astonishing 19 different goalscorers this season, not only an A-League high, but an all-time Australian professional record as well.

Midfielder Erik Paartalu this week bemoaned the lack of a double-digit goal-scorer, but Robert Koren, Josh Kennedy and Harry Novillo all provide quite different, but equally dangerous goal-scoring threats.  Aaron Mooy is the top-scorer with seven, including three penalties.

Who’s been in the spotlight this week?

Form lines (past five games for each)

The Phoenix have won just one of their past five matches since hitting the top of the Hyundai A-League table in late March. They’ve also lost three of their last four home games.

Melbourne City haven’t exactly stormed into the Finals Series either. After three straight wins in March, they’ve collected just two of a possible twelve points since, including heavy away losses in the last two weeks.

On his 33 rd  birthday, Phoenix skipper Andrew Durante will become the A-League’s third-highest appearance maker of all time, playing his 222 nd  A-League match. Only John Hutchinson (228) and Danny Vukovic (227) are ahead of him.

At times this season, Wellington’s football has been sublime and the equal of any other side in the Hyundai A-League. If they can recapture that form in the Finals Series, they’ll threaten anyone, home or away.

Phoenix aside, Melbourne City FC have beaten all the other sides in the top six this season, but have struggled away from home, winning just three of fourteen matches on the road.

A Phoenix win in regulation time.