Wellington Phoenix midfielder Cameron Devlin is on a roll. The reigning Hyundai A-League Player of the Month is making the most of his opportunities with the surging Phoenix, carving out a reputation as a hard-working, versatile and gritty player.

TICKETS: Get your tickets for Wellington Phoenix vs Newcastle Jets

The diminutive 21-year-old has also been a lucky-charm of sorts for Wellington this season. After sitting un-used on the bench for the first four matches, he first appeared in the club’s 1-1 draw with Victory in Melbourne – which gave the Phoenix their first points of the season.

Devlin’s first start came in Round 10 in place of the injured Alex Rufer, with his hard-nosed play keeping him in the line-up ever since; his ability to put constant pressure on the opposition and get under their skin, instrumental in the Phoenix’s record-equalling nine-match unbeaten streak.

Some of Devlin’s statistics during his memorable December run – which deservedly earned him Player of the Month – highlighted his outstanding work-rate and influence on each match.

Against Melbourne Victory (R10) he earned a game-high 125 touches, and he dominated against Western United (R12) by recording a game-high five tackles, winning 11 of his 15 duels and setting up David Ball’s opening goal.

By the end of the month, Devlin had made more touches, passes, duels, interceptions and tackles than any other Phoenix player in the three December matches he had started. 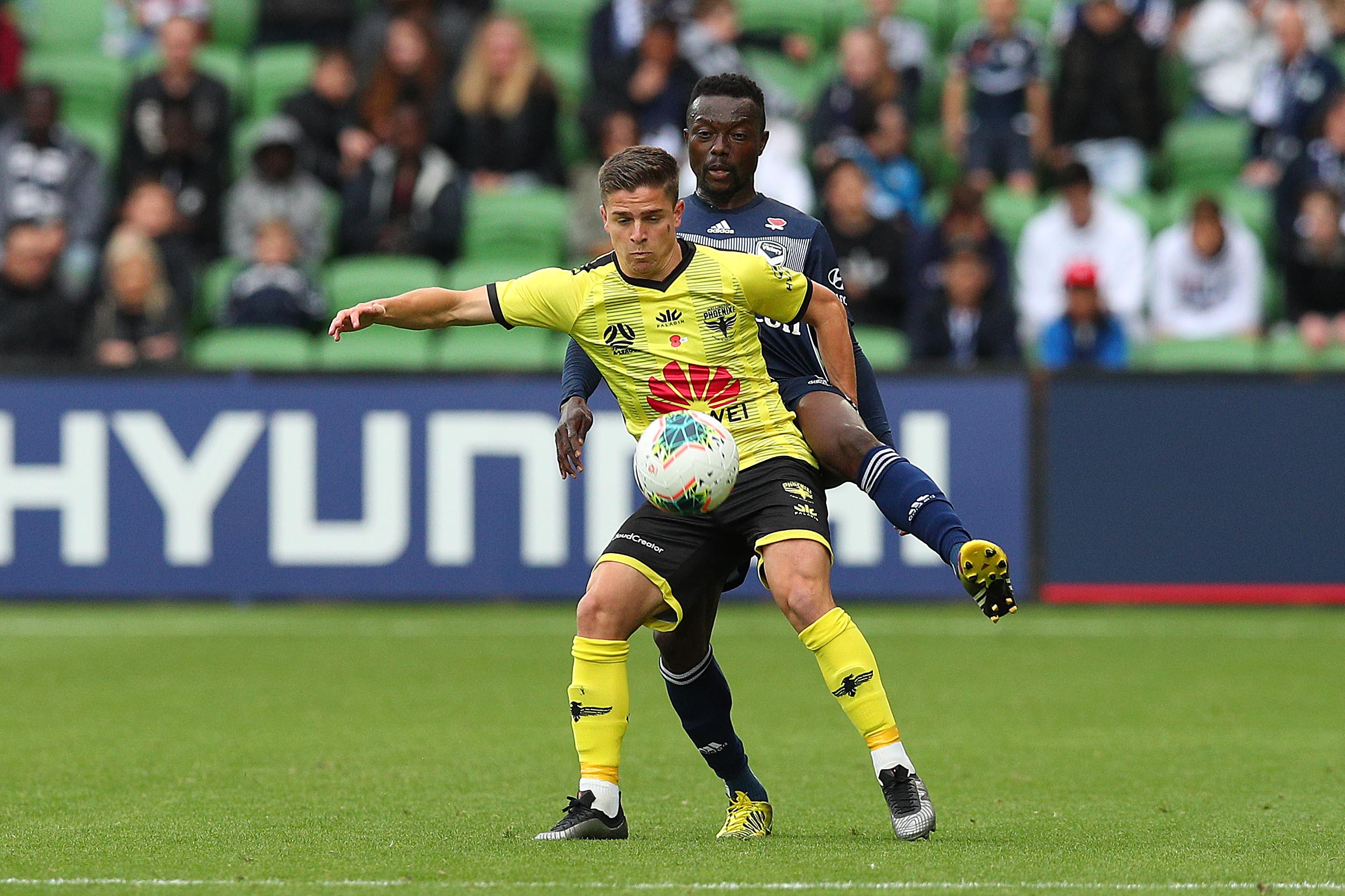 Although Devlin’s rise in the ranks of the Hyundai A-League elite has been a surprise to many this season, Coach Ufuk Talay says he glimpsed something special in the midfielder at Sydney FC last season – where Talay was an Assistant Coach.

“I’ve known Cameron for a long time, from watching him come off the bench for Sydney FC last season, and also working with him in the Young Socceroos.

“We wanted versatile players for the Phoenix, and Cameron can play as a 10 a little bit higher up the park and he can also play as a six, because he’s so technically good on the ball and he’s an aggressive little player as well.”

Lured to Wellington by Talay, Devlin said his decision to sign a two-year contract with the Phoenix came down to a desire to play more regularly with the first team.

“It’s a tough job, the players at Sydney FC, they’re top quality players but last year I learned a hell of a lot off some of the players, they’ve obviously had such fantastic careers and they taught me all sorts of things on and off the field.

“But coming to the Phoenix was a good fresh start and I’ve learned lots of new things I maybe wouldn’t have learned at Sydney, being under Ufuk I feel like he’s helping me take my game to another level.”

Devlin still has a soft spot for Sydney FC and keeps in touch with many players at the club – including Milos Ninkovic, his chief competition at the club and a mentor of sorts for the young player.

“I watched Milos from afar and then to share the training pitch with someone like him was a dream – I took in everything I could.

“He probably thought at times I was a bit of a pest, how I followed him around.”

Coach Talay is full of praise for his young midfielder and says the sky’s the limit for Devlin.

“Cammy’s been good ever since he’s come in, it’s like he’s an established 30-year-old player the way he plays his game.

Interestingly, football wasn’t even Devlin’s first love – growing up in Sydney with his parents (both teachers), three sisters and a brother, it was rugby league he enjoyed playing in his youth.

But when his family moved to Canada in 2008 for a year, rugby league was not a Canadian sporting pastime, so the 10-year-old Devlin took up football instead. He played for Collingwood United and when he returned to Sydney, he just kept playing – suiting up with the Sutherland Sharks in the NPL before moving to the Western Sydney Wanderers and Sydney FC NPL sides.

With the Phoenix, Devlin has his sights set on one thing – winning it all.

“We want to win the league and we’re not settling for anything else.”

Catch Devlin and the rest of the team as they take on Newcastle Jets on Friday 24 January at Sky Stadium. Get your tickets here.