The Wellington Phoenix have confirmed that Ben Waine has signed a three-year extension with the Club, ensuring he’ll remain a key piece of the Nix through the 2023-24 A-League season.

19-year-old Waine has played a career-high 18 matches this season, including 11 starts, which has allowed him to enjoy a break-out 2020/21 A-League campaign – scoring six goals (second on the squad) and boasting a team-leading 57.1% shooting accuracy.

In doing, so he became the youngest Phoenix player to score five A-League goals in a single season – an impressive feat for the Wellington Phoenix Academy graduate.

Last month he also became just the fourth player in club history to score in four consecutive games, with the Nix going unbeaten in those matches (3W, 1D) – an honour which earned him the April nomination for Young Footballer of the Year.

Wellington Phoenix Coach Ufuk Talay says that Waine is a key re-signing for the Nix.

“Waino’s had a breakout season this year, he’s come in and done well,” says Talay.

“Traditionally he’s been playing as a winger as a youngster, and we’ve transformed him into a 9 in the way that we set up; even playing last year has helped him to understand the role, and this year we’re seeing the fruits of it now that he’s getting more game time.

“Signing this three year deal gives Waino the opportunity to continue that work he’s done, and fans should be excited to be able to continue watching him grow.” 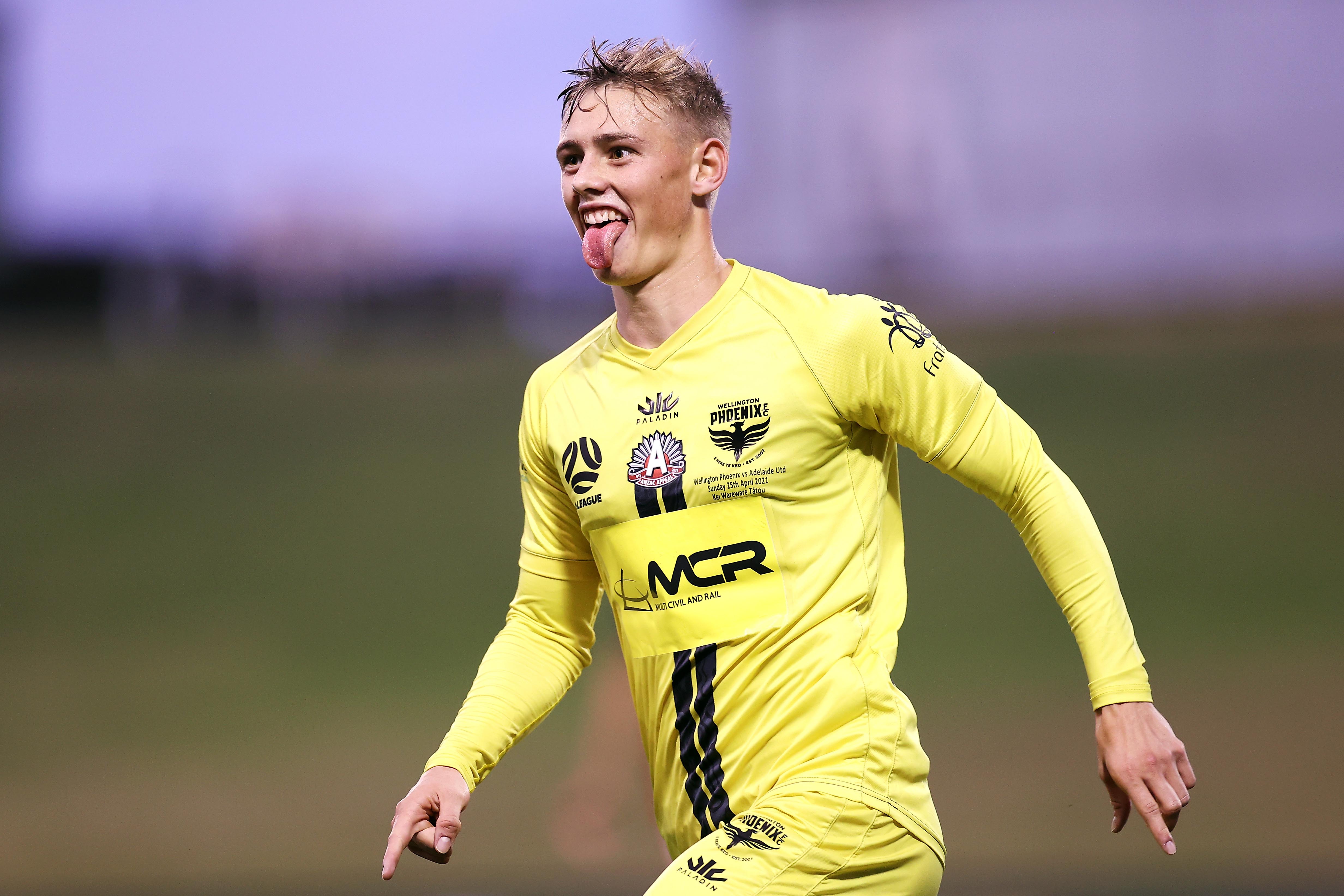 Waine says he’s excited to re-sign with the Wellington Phoenix.

“It’s special because they’re my home team and I’ve supported them for so long – and it’s been great to continue to the team’s performance by scoring goals this season,” says Waine.

“The team has a bit of a motto that hard work comes first and the opportunities will come as a result of that; so I’ve stuck to that and worked hard and always tried to bring positivity to the team.

“And then to have kiwi boys like Clayton [Lewis] and Oli [Sail] with me for the next couple of years – it’s very exciting to look ahead to the future.”

Coach Talay also credits the Phoenix Academy for helping develop Waine for the big stage both mentally and physically.

“That’s the reason why we have the Phoenix Academy, we want to develop our own, to give the young talent opportunities – especially when we can put into the first team alongside our experienced players.

“The Phoenix Academy plays a massive role within our club and we’re fortunate as a club to have a good Academy structure with some talented players like Waino coming through.”