Captain Fantastic Andrew Durante notches up 200 games for the Phoenix this Friday.

Never has a nickname been more appropriate.

From the day he arrived in Wellington, Andrew Durante has been known almost universally as “Dura”. Eight years later, as he prepares to lead his side into battle for an incredible 200th time, his durability has become legendary.

In his time at the club, the Phoenix have played 213 games, meaning Durante has missed just fourteen matches in nearly eight seasons.  It’s a quite astonishing record when you consider injury, suspension and loss of form can all play a part in limiting appearances. By way of comparison, Leigh Broxham – who just notched his 200th appearance for Melbourne Victory – needed nearly ten seasons to reach that figure.

Durante played 40 times for Newcastle Jets before crossing the Tasman in 2008, meaning his overall tally is 239 A-League games. By the numbers alone, that puts him ahead of every other outfield player in the history of the competition, with only Melbourne Victory (and former Phoenix) goalkeeper Danny Vukovic ahead on the overall list.

But you have to look far deeper than the stats to discover Durante’s influence on the football club. He is far, far more than just a man with a “(C)” beside his name on the team-sheet. He is a true leader of the playing group, a setter and keeper of off- and on-field standards and the key figure in developing what has become a famous player culture at the Phoenix. 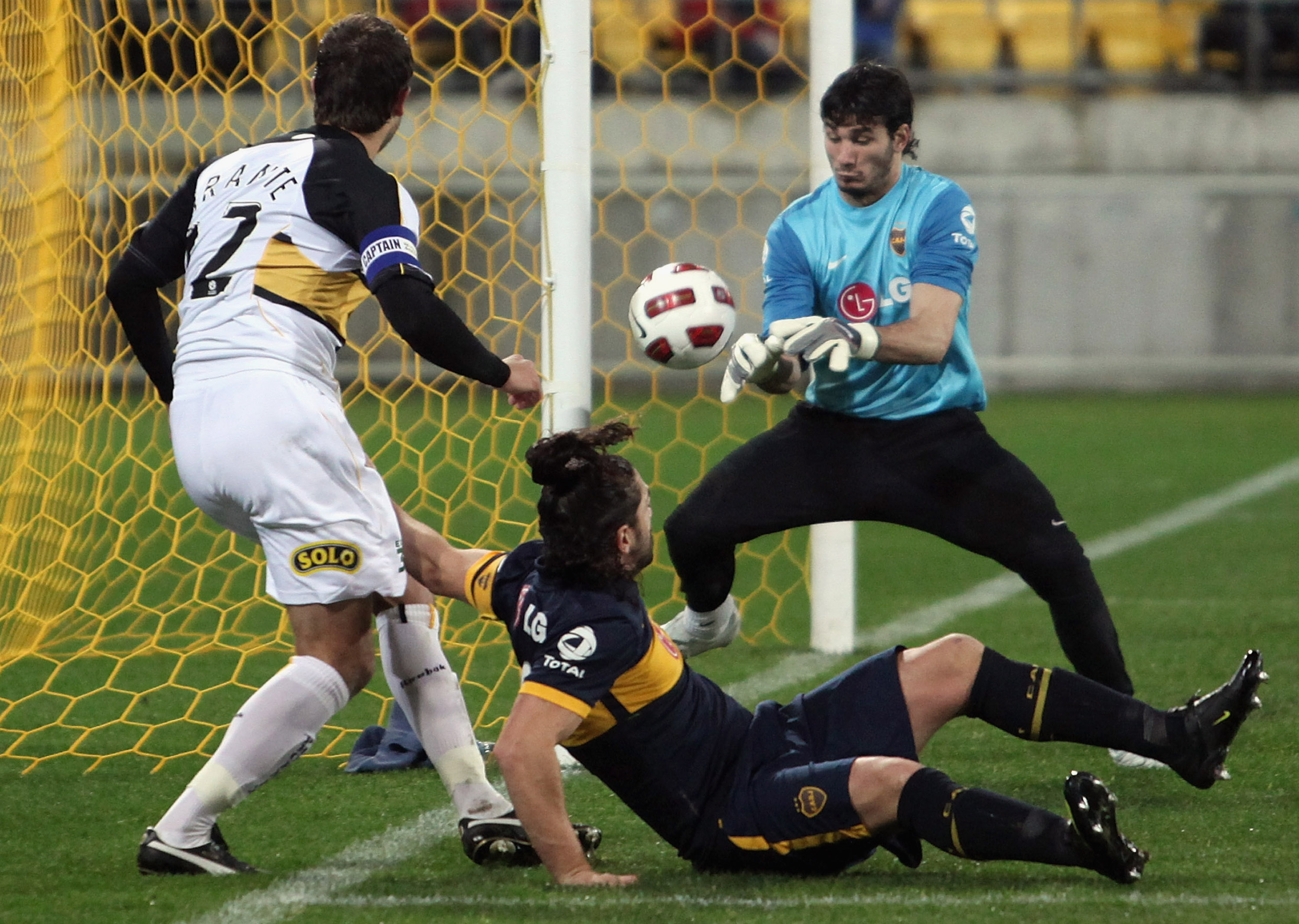 He is consulted by management on a wide range of footballing matters from potential signings to travel plans, training times to nutrition.  There are very few things that happen at the Phoenix without being filtered through their skipper, such is the high regard he’s held in.

Durante has certainly ridden the rollercoaster of being a Phoenix professional these last eight years.  He’s been through an ownership transfer from Terry Serepisos to the Welnix Group.  He’s endured a coaching change from Ricki Herbert to Ernie Merrick. And most recently he’s guided his team-mates through the uncertainty of the license extension saga, which finally had its happy conclusion last week.

But there have been highs, too. Three consecutive finals appearances were achieved between 2009/10 and 2011/12 and last season saw the side play some of the most eye-catching football in its history, topping the league for a month before eventually bowing out in week one of the playoffs.

Durante feels the peaks and troughs of professional football keenly. He hates losing, loves winning and plays every game as though it’s his first, or his last. He’s certainly no shrinking violet and makes referees and opposition players aware of his displeasure when the situation arises. 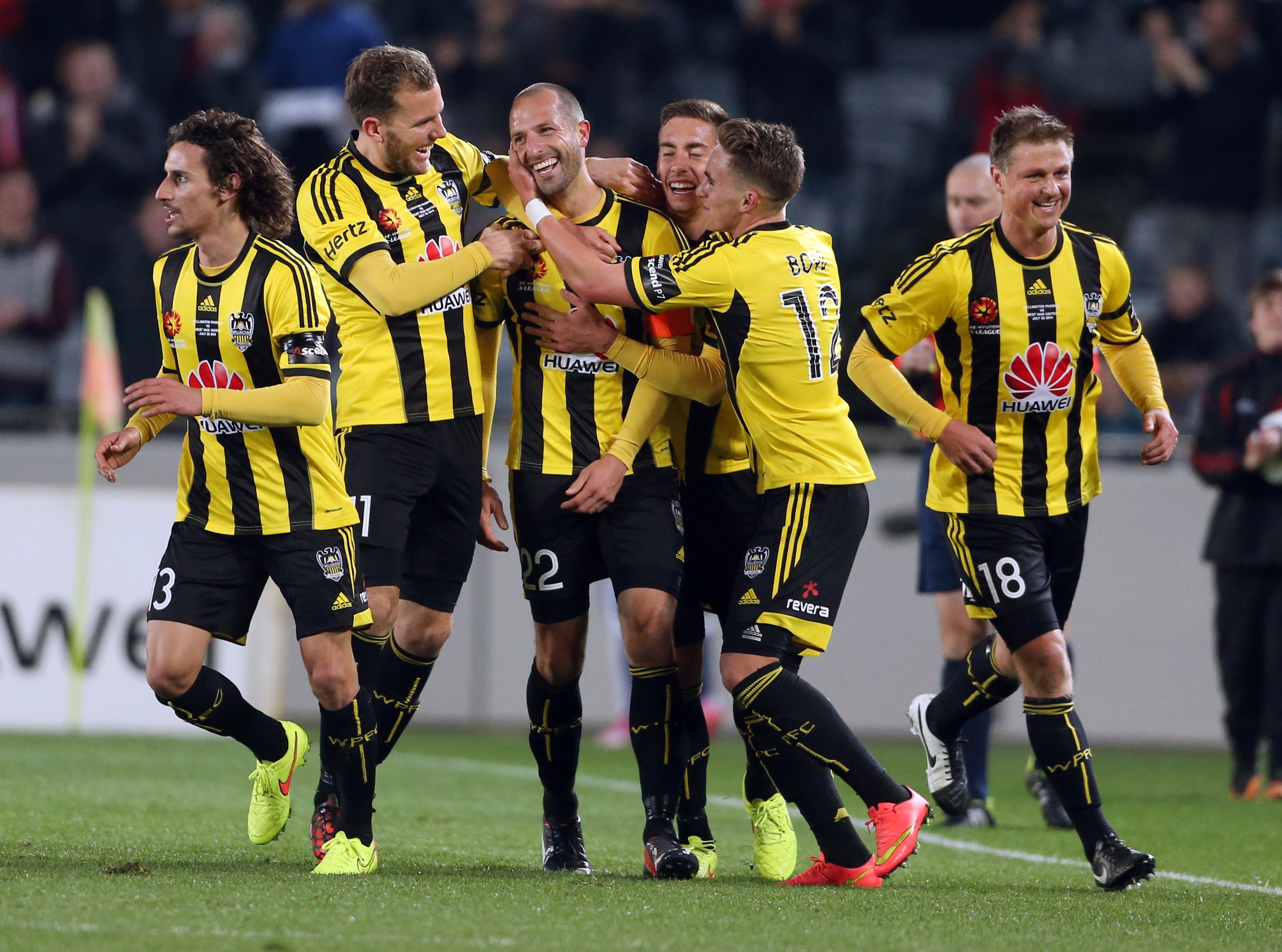 It seems almost unnecessary after so many games to outline Durante’s playing credentials. In short, he’s a brilliant A-League defender and has long been considered one of the best in the competition. His ability to read play, marshal his back-four, snuff out opposition attacks, win aerial battles and bring the ball confidently out from the back all combine to the point where there’d be few – if any – defenders from other clubs you’d swap for him. Similarly, Durante would walk into practically every other starting eleven in the A-League.

It took him a long time to score an A-League goal though, finally finding the back of the net with a header in the 2009/10 Preliminary final away at Sydney FC. Two weeks beforehand however, he’d calmly slotted a penalty in the dramatic shoot-out win over Perth Glory in week one of the playoffs. He’s since scored three more goals, which has him currently level with his great mate Manny Muscat and – as he likes to remind him – one ahead of Vinnie Lia.

Durante is also the embodiment of the family values which run through the Phoenix. He and wife Sarah have three beautiful daughters, and the family is often spotted enjoying Wellington’s sights and sounds. Adalyn, Milana and Evita wear replica shirts on match-day with “Daddy” proudly emblazoned on the back.

Speaking of which, it’s very fitting Durante’s playing number matches the aisle at Westpac Stadium where the club’s most passionate supporters – Yellow Fever – stand on match-days. They have adored their skipper from the moment he arrived and the calls are growing louder for the sign at the entrance to aisle 22 to be replaced by an image of his shirt, as has happened in aisle 13 where legendary Hurricanes centre Tana Umaga is honoured in that fashion.

In his time at the Phoenix, Durante has played alongside 98 different players. It would be tough to find any of them who hasn’t been positively influenced by his leadership, be it for one game or 150. Team-mates, opposition players, coaches and fans fully recognise the value he has brought not only to the Wellington Phoenix, but to the A-League in general and football in this part of the world.

Playing 200 games for a professional sporting side is an incredible achievement and testimony to consistency, adaptability and resilience. But to have a lasting influence on a sporting franchise both on and off the field is something greater still. They say – in all walks of life – you should leave an organisation in better shape than the way you found it. It’s impossible to mount an argument against Durante having done that, and he’ll leave a massive hole when he finally hangs up his boots, whenever that may be.

That’s all to come. For now he remains the beating heart of the Wellington Phoenix and the one man all the others look to for their inspiration. As he leads his men onto Westpac Stadium on Friday night, Andrew Durante deserves every one of the accolades he’ll receive for becoming the club’s first double centurion.