The fixture will take place over Labour Weekend at a family friendly kick off time of 5:00pm at Westpac Stadium.

As previously signaled, the Hyundai A-league will fall in line with other major football competitions in breaking for FIFA International windows which in the past have significantly impacted Wellington due to player call up for international duty.

“Each year the Hyundai A-League draw is extremely complex given the fact that all clubs share stadia with other events and the allowances required for travel and distances covered, which make it a pretty unique challenge to pull it altogether.

“We start at home which is really positive for us and the fans and the fact that it sees the return of Ernie Merrick adds a little bit extra of course.

“It’s always a long off season for the fans so good to kick off at home and given the squad Head Coach Mark Rudan is beginning to assemble it can’t come soon enough.

The Phoenix will play 11 home games at Westpac Stadium, taking two on the road in February.

“It was our intention to play one game elsewhere in New Zealand, but due to pre-planned events at Westpac Stadium in February, including the Te Matatini Kapa Haka Festival, we need to find an alternate venue for one other”.

Round 19 and 20 venues will be finalised in the upcoming weeks and communicated accordingly.

2018/19 Memberships will go on sale in the first week of August and information regarding renewing and purchasing will go out through all the usual club channels in the next two weeks. 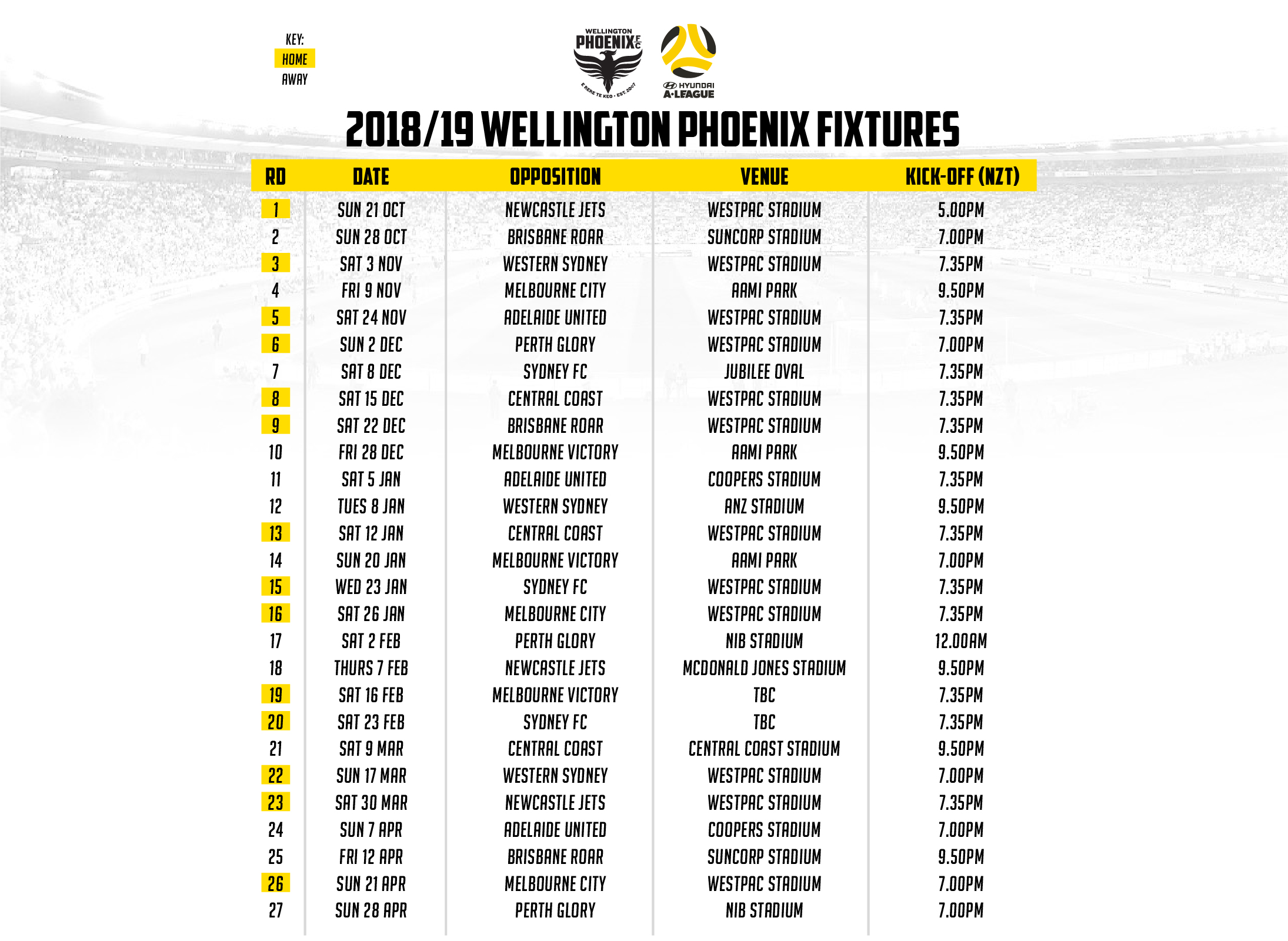